Want To Talk About Jesus? - You Will Need A Permit For That 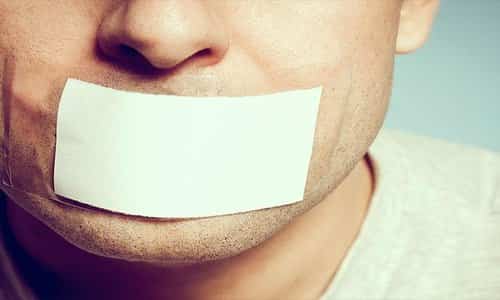 By J.L. Robb/theendthebook.com May 19, 2016
Share this article:
When I went to college in 1965, North Carolina State University in Raleigh, NC, I was amazed at the freedom. In high school if you cut class, you got in trouble. In college if you didn't go to class, the professor could not care less. They just gave you an F.

You could say anything in class, and professors could throw out a cuss word or two in class. They were relating to their market they thought.
I was 18 and loved the freedom, especially the girls and the pool tables in the Student Union; and before long those professors were putting those F's on my report card. Next thing I know, I got a draft notice; and away I went. Anchors Aweigh, my friend.
In the world of state colleges, NCSU was one of the more conservative, an agricultural and technology school. Yet they still had speakers who were leftists: Angela Davis (still is) and H. Rap Brown (in jail for murder). It seems the large higher education institutes have always leaned to the left. The devil's at work, and we don't know it.
Occasionally on campus a Hare Krishna or Moonie would come up, hand students a pamphlet about their particular religion; and no one seemed to really care. Jews, Jehovah's Witnesses, Lutherans, and Baptists could discuss their beliefs openly, and they did. They did not need a permit.
If you are a student now at North Carolina State University and want to talk about the Savior of the world, Jesus the Christ, you have to get a Jesus permit, believe it or not.
I did an internet search to see how many schools of higher education required some kind of Jesus permit, I found none. Not University of North Carolina, not Emory where the kids want a safe space and not even Berkeley, a producer of liberal thought if there ever was one.
The folk who lean left think Jesus was a liberal, at least those who still believe in Jesus in some form. In their world He seems to like a lot more stuff today than 2,000 years ago, what with the change in marriage laws and bathrooms.
What would Jesus do?
Would Jesus be happy that a well-known university would require a permit to talk about Him? It's not every day there is a figure in history who can raise the dead, cure the lame, heal the blind (that was predicted), feed fifteen thousand (including children) with a couple of loaves of bread and a few fish. And walk on water, something that defies the laws of physics. I guess the Laws of God win that one.
I don't know what He is going to do, but I am sure He is disappointed. Kicked out of school. Again.
How did America get to a point in history that is so far different than the philosophy of our Founders? A little internet research on the Founders and their belief that Christianity should be in the school system and the public square would be an eye-opener for those who believe the Founders would be thrilled with our lean to the left.
Blessed is the nation whose God is the Lord, the people he chose for his inheritance. Psalm 33:12
A lawsuit has been filed by a Christian group, since this action seems to be unprecedented within our higher education system. I am sad for my alma mater, that they have coddled and programmed the young minds of their students to be afraid, or don't want to be bothered, to just say "no thank you."
Maybe North Carolina State University and other institutions of higher learning will ponder how exactly our Founders interpreted the separation of church and state phrase, coined by Thomas Jefferson. You may find the modern interpretation is about 180-degrees from the truth. Even Thomas Jefferson apparently disagrees with our modern-think.
We agonize and try so hard not to offend others and end up offending others, in this case the 80% majority that are Christians. Our America is moving in the direction of NCSU-think instead of God-think. The college kids can talk to others about the KKK, Black Panther Party, Hamas and other terrorist groups; but you need a permit to talk about the Man of Love. Makes sense. Bad sense.

Here are a few quotes from to prove the point:
"It is the duty of all nations to acknowledge the providence of Almighty God, to obey His will, to be grateful for His benefits, and humbly to implore His protection and favor." George Washington (First President, leader of the Revolutionary War 1776)
The rights of the colonists as Christians...may be best understood by reading and carefully studying the institutes of the Great Law Giver and Head of the Christian Church, which are to be found clearly written and promulgated in the New Testament. Samuel Adams (Founding Father, signer of Declaration of Independence)
"The Congress of the United States recommends and approves the Holy Bible for use in all schools." United States Congress 1782
The highest glory of the American Revolution was this: it connected, in one indissoluble bond, the principles of civil government with the principles of Christianity. John Adams (Founding Father, 1st Vice President, 2nd President)
Providence has given to our people the choice of their rulers, and it is their duty - as well as privilege and interest - of our Christian nation to select and prefer Christians for their rulers. John Jay (Founding Father, 1st Chief Justice, wrote The Federalist Papers)
...that all may bow to the scepter of our Lord Jesus Christ and that the whole Earth may be filled with his glory. John Hancock (Governor of Massachusetts, 1st signer of Declaration of Independence)
Let the children...be carefully instructed in the principles and obligations of the Christian religion. This is the most essential part of education. Benjamin Rush (Signer of Declaration of Independence)
God who gave us life gave us liberty. Can the liberties of a nation be secure when we have removed a conviction that these liberties are the gift of God? Indeed I tremble for my country when I reflect that God is just, that His justice cannot sleep forever. Thomas Jefferson (Jefferson Memorial)
The Christian religion is the best religion that has ever been given to man. Thomas Jefferson (Jefferson Memorial
Education is useless without the Bible. The Bible was America's basic text book in all fields. God's Word, contained in the Bible, has furnished all necessary rules to direct our conduct. Noah Webster (Wrote An American Dictionary of the English Language)
"The Congress of the United States, in recognition of the unique contribution of the Bible in shaping the history and character of this Nation, and so many of its citizens, has by Senate Joint Resolution 165 authorized and requested the President to designate the year 1983 as the 'Year of the Bible'." Ronald Reagan (President)
Congress even printed a Bible and stated the following:
"The United States in Congress assembled ... recommend this edition of the Bible to the inhabitants of the United States ... a neat edition of the Holy Scriptures for the use of schools." United States Congress 1782
"Blessed is the nation whose God is the Lord... "