The Palestinians, Happiness, & The 'Occupation' 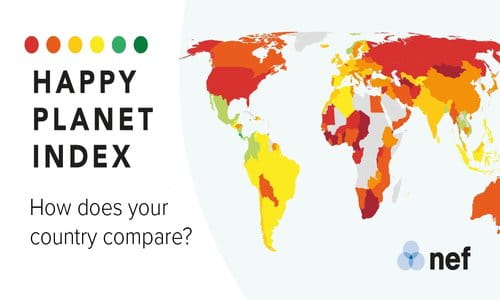 By Hillel Frisch/Algemeiner.com August 20, 2019
Share this article:
It might sound frivolous to attempt to measure happiness. Still, for a Columbia University think tank and two respectable Canadian policy institutes, the measuring of happiness and the ranking of states by a happiness score is serious business.
Judging by the top and bottom countries on the list of 157 states for which scores were recorded, their findings seem plausible.
Finland, Denmark, Norway, Iceland, the Netherlands, Switzerland, Sweden, New Zealand, and Canada boast the highest happiness scores. The list ranks countries by positive characteristics like GDP per capita, the Human Development Index (the aggregate of economic, educational, and life expectancy data), and human freedom and democracy.

The same countries also rank lowest in characteristics universally judged to be adverse to human quality of life, such as crime rate, traffic accidents measured by death and injury, and suicide rate. (The widespread belief that Scandinavian countries suffer from high suicide rates is far from accurate.)
Nor do the states with the lowest happiness scores generate much surprise. Haiti, Botswana, Yemen, Rwanda, Tanzania, Afghanistan, the Central African Republic, and South Sudan are all known for their lack of democracy, rampant corruption, and very low levels of economic welfare.
Most are also notable for their political instability, which -- in the case of Syria, Yemen, Afghanistan, the Central African Republic, and South Sudan -- can be characterized as long-term, full-scale civil wars.
It is not surprising, therefore, that the happiest countries are those people risk their lives to reach. The countries at the bottom are those that many flee in search of a better life elsewhere.
What is striking is the ranking for "the Palestinian Territories" in comparison to other countries. With a score of 4.7, it is 111th out of 157.
An academic study found that 60 percent of United Nations General Assembly (UNGA) resolutions condemning the behavior of states toward either their own or other populations were addressed to Israel -- in a world in which well over half the world's population (nearly four billion people) lives in despotic states. This includes North Korea, where the regime has been brutally terrorizing its 25 million citizens for over 70 years.

Were Israel as vile as that UNGA record suggests, one might reasonably expect that the "Palestinian Territories" would be at the bottom of the list, along with Yemen, Afghanistan, and Sudan. The essential error is that the "Territories," which are supposedly under "occupation," exist in reality under two separate despotic regimes, neither of which is Israeli: the Palestinian Authority under Mahmoud Abbas, and Gaza under Hamas.
Even acknowledging that reality, one might anticipate that Palestinian happiness under those despotic regimes would place them at the bottom of the list. But there appears to be more relative happiness among the population of the Territories than in an assortment of Middle Eastern states, some of which are among the most vociferous in their condemnation of Israel's "occupation" of the Palestinians. Energy-rich Iran, for example, ranks seven slots lower on the happiness index than the Palestinian territories.
Even less happiness prevails in Egypt, whose regime frequently initiates UN condemnations of Israel's "occupation." Egypt is close to the bottom of the list at 138, significantly lower than the Palestinians who toil "under occupation."
It is the comparison with Jordan that occasions the greatest surprise. If Israel's "occupation" is so onerous, how come the happiness rate in Jordan is only slightly higher than that of the Palestinians living under that "occupation"? Jordan, with a ranking of 102, is only eight slots higher than the Palestinian territories.
Recall that the ranking aggregates Palestinians living in the West Bank and Gaza, while the former has higher income levels than are found in the latter. Were the ranking to differentiate between the two, Palestinians living in the West Bank could plausibly generate a score at least equal to that of Jordan, where there is no "Israeli occupation."
The Palestinian ranking would be more impressive were all 193 member states of the UN to be surveyed. The index is overwhelmingly represented by richer states, which are easier to survey than poorer states.
One country notable for its absence on the list is North Korea, where a survey such as this would be impossible to administer. (The North Korean regime would probably justify the country's absence from the list on the grounds that its citizens are the happiest of people.)

The real tragedy the index exposes is that of Tunisia, not the Palestinians.
Tunisia is the only country from the so-called "Arab Spring" to have in any way met the expectations of those that gave the uprisings that name. Since the ouster of the old regime in December 2010, Tunisia has successfully changed its constitution, held three free elections, and seen a party broadly affiliated with the Muslim Brotherhood, an-Nahda, join a government coalition and then relinquish power peacefully, according to the democratic rules of the game.
It is the only country in the Arab world to be designated as "free" by Freedom House, a think tank that ranks democratic and human rights.
Nevertheless, despite these achievements, Tunisia ranks lower in happiness than the Palestinians, with a ranking of 125. The failure of democracy to yield economic dividends -- economic stagnation and high unemployment rates prevail instead -- takes a toll on the citizenry, many of whom are young people.
The Tunisian case offers a lesson to the Palestinians and their "Peace Now" supporters. In politics, there are few cases of simple solutions to complex problems.
Just as democracy for Tunisia did not automatically translate into prosperity or happiness, there is no guarantee that a full-fledged independent Palestinian state, even if it could come about despite deep internal rifts, would be a panacea for the problems Palestinians face.
Originally published at Algemeiner.com - reposted with permission.