Big Brother Is Watching You Drive 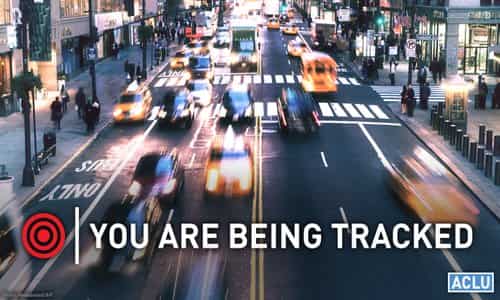 By PNW Staff May 19, 2016
Share this article:
Privacy advocates have feared this day for decades. It seems the Big Brother has finally wormed his way into your vehicles and he can tell a great deal about where you've been, how long you were there, and even the type of traffic you encountered along the way. He even knows if you been naughty or not by going a little above what the law allows during your travels, according to The Atlantic.

In fact, many of the tools big government is using to track drivers on the road today are deliberately downloaded in the form of mobile phone apps, or attached to vehicles traveling toll roads.
In fact, the more widely the larger public accepts these "minor" invasions of privacy for the sake of convenience, the more control the government has to do things like increase highway taxes on individual levels according to drivers' habits.
The idea behind the tax philosophy is that the government would tax drivers according to the miles they drive. This would level the playing field between vehicles that are more fuel efficient and those that are not. Another consideration in this new fuel tax is that it will charge higher taxes and fees for drivers going into congested areas.
Initial proposals by the government to consider tracking drivers for tax purposes have been met with overwhelming objections on privacy concerns. However, as more drivers are willingly giving up their privacy, we may see a day in the near future when people are more accepting of policies such as these.
While people are mulling over the risks of vehicle tracking through apps and other devices, the Department of Homeland Security is working its way around privacy advocates by making vehicle tracking a national security concern.
The government agency now has plans to install tracking technology on all U.S. license plates. The premise is that these plates can be used to track the movements of drivers who are suspected of committing certain crimes.
The problem with this is that trust among the people is at an all-time low and many Americans feel this will be yet another way in which the government is able to gain access to their personal information without their permission - regardless of whether or not any crime has been committed.
The problem is that information like this isn't only a privacy concern. The government has been frequently targeted by computer hackers. This kind of information falling into the wrong hands can increase the odds of people being victimized by identity thieves as it reveals the areas they drive to most, like work, school, and home.

The big problem for the public, though, is the fact that most people don't even realize this type of surveillance is taking place - many of whom would protest quite vocally if they knew what was going on.
The Chicago Tribune likens the swiftness of auto surveillance to that of cybersurveillance. Something many Americans didn't understand had happened until long after the bell had been rung.
The DHS asserts that the technology will be used for important tasks, such as catching terrorists, tracking fugitive illegal immigrants, and state and local law enforcement agencies.
The problem is that many Americans feel things like the freedom to travel without surveillance is a fundamental freedom for law-abiding citizens. This technology lumps all citizens together paving the way for a "guilty until proven innocent" mentality among law enforcement officers as they approach drivers and scan license plates into their systems. Many fear that it's a system that is ripe for abuse.
Unfortunately, this isn't isolated to big brother. The private sector is beginning to use these license plate scanners widely to obtain information for debt collection and other data procurement activities - claiming a first amendment right to gather this data. They have even been known to make this information available to law enforcement.
The problem is that the surveillance was implemented so fast, and with so little fanfare, there is no way to really roll it back. It's a done deal by the government and one that isn't likely to go away - privacy concerns or not.