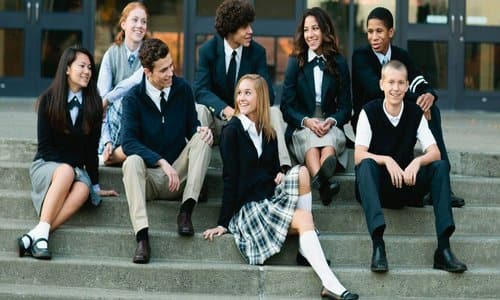 By Jonathon Van Maren/Bridgehead.ca September 11, 2019
Share this article:
It is a curious characteristic of progressive movements that they often begin by singing praises to a rainbow of diversity, and end by enforcing dull, grey conformism.
Gender fluidity is in the process of being sold to the public as a joyful experience in which the shackles of heteronormative binarism are flung off and each person can define his or her (or ze or zir etc.) own reality, regardless of seemingly immutable physical truths.

Those biological truths have now become transphobic, and are banished from schools that once specialized in teaching things like biology. (I'm waiting--and just watch, it will happen--for the first high school textbooks describing the male and female anatomy to be tossed out, re-written, or labeled "offensive" and "outdated.")
It is an inescapable but almost universally ignored fact that in order for the ideology of gender fluidity to win the day, our previous understandings of the world will have to be trashed. School staff cannot simultaneously recognize biological reality while also allowing Joe to call himself Lucy and play on the girls' sports teams and change in the girls' locker room.
As transgenderism lurches from a fringe ideology to a fad, schools are grappling with how to deal with this strange new reality--and some have now decided to respond by banning certain distinctive differences in dress between girls and boys in order to level the playing field. From the Independent:
At least 40 secondary schools in England have banned girls from wearing skirts, an analysis of uniform policies across the country reveals. Further schools are also considering the move to gender-neutral uniforms, which are more inclusive of transgender pupils.

One of the schools to have made the change is Priory School in Lewes, East Sussex, after pupils questioned why boys and girls should have to wear different clothing and stressed the importance of ensuring transgender students feel comfortable. However not all students and parents were happy with the changes and over 150 showed up to protest on the first day of classes.
In response the school called police who stood guard at the entrance checking uniforms for compliance, eventually closing the gate and locking out students. Watch the video below:
One mom, who has two daughters aged 12 and 15, at the school, told reporters she was upset ‘that the emphasis at this school seems to be on uniform and not on education’. One of her daughters was wearing trousers and the other was wearing a skirt – both said they were locked outside and couldn’t go to class.
MP for Lewes, Maria Caulfield, wrote on Twitter that she was ‘very disturbed’ to see the school turning away girls for wearing a skirt, adding: ‘This is not how we should be treating the young women of Lewes.’
At Copleston High School in Ipswich, skirts feature on a list of unacceptable items of clothing alongside "skinny jeans and facial piercings," the Sunday Times reports. All pupils at the school must wear "plain grey trousers."
In order to implement the ideology of gender fluidity into the school system, a few other practices must first be abandoned. Distinctions between girls and boys have to be banned entirely, and if girls want to look feminine ( a word that gender ideology is in the process of rendering meaningless), that's too bad--it's forbidden now.

Nothing quite highlights the ridiculousness of transgender ideology like seeing a male attempt to pose as a female (they are truly fooling nobody)--and nothing exposes that farce as effectively as a girl who appears and dresses in a lovely and feminine fashion. In contrast, those males who are attempting to pose as females (or even become female) look like the clumsy parodies that they are.
One high school even managed to up the ante, telling boys that they couldn't wear shorts--but that if they wanted to cross-dress, they should feel free:
Last month, Chiltern Edge School in Oxfordshire banned boys from wearing shorts in summer but said they were free to wear skirts instead, and earlier this year the headteacher of leading boarding school Uppingham School in Rutland revealed boys were allowed to wear skirts.
There you have it, ladies and gentlemen. "Gender fluidity" might be pitched as a more inclusive way to see the world, but for the new ideologies to take hold, the old way of seeing the world--boys being boys and girls being girls and boys and girls being different from one another--will have to be bulldozed. And for some schools, that means eliminating femininity--girls must wear grey trousers--and attacking masculinity--boys can wear skirts.
One day, this generation is going to truly despise the ideologues who forced their twisted projects into their places of learning--and will feel nothing but contempt for the spineless masses who let it happen.
Originally published at The Bridgehead - reposted with permission.