The Prophecy Puzzle: Putting The Pieces Together 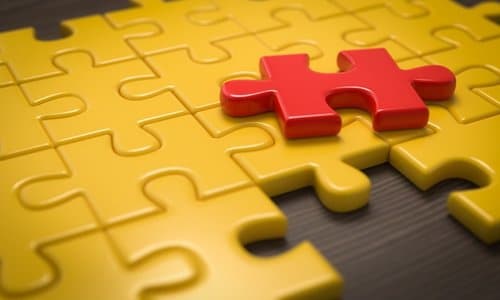 By Todd Hampson/ToddHampson.com September 12, 2019
Share this article:
Everyone recognizes that world conditions are disintegrating at an unprecedented rate, but many don't see these conditions as signs of the end-times. And I understand why.
For the most part people don't have a blueprint or a clear picture of what the world will look like. The thousands of prophecies are scattered all over Scripture so it is difficult to piece it all together and get a clear picture unless you take the necessary time to study them.
That is the purpose of this post. Think of this post as the box top of a 1000 piece puzzle. Without the box top, the puzzle pieces seem completely random and disconnected. But with the box top we have a clear picture of what we are supposed to be piecing together.
I could easily get caught in the weeds because prophecy related details are developing at an unprecedented rate, but I want to keep this post as simple as I can. With that in mind, I've tried to share the most compelling broad strokes of last days Bible prophecy as I paint this picture.
So, here is a description of the prophetic last days box top. The context or specific time frame mentioned for these prophecies all relate to the end of the age.

Also, keep in mind that the youngest prophecies cited below are just under 2000 years old, and the oldest are approximately 2600 years old. I cited at least one Scripture reference for each point, but I could have cited several for each.
In other words, these are primarily well-founded prophecies--not obscure details.
For example, every one of the prophets except Jonah prophesied that Israel would become a nation again after being scattered all over the earth, but I only use a few verses to make that point below.
Here is my attempt at demonstrating the box top picture:
END TIME PROPHECIES ABOUT: ISRAEL
Jerusalem and it's temple will be destroyed and the Temple Mount laid bare (Matthew 24:1-2). Fulfilled.
The Jewish people will be scattered all over the world for a long period of time and will face hardships and persecution everywhere they go (Deuteronomy 4:27, 28:64; Ezekiel 36:24). Fulfilled.
While they are away from their homeland it will lie desolate--a *wasteland, but once they are back it will spring to life (Ezekiel 36:34-35). Fulfilled.
It would also be controlled by Gentile nations during Israel's dispersion (Luke 21:24). Fulfilled.
After a long time their nation Israel will be reborn as a unified nation (Ezekiel 37:15-22) called Israel in a single day--springing to life from death (Isaiah 66:8) at a time when they have lost all hope (Ezekiel 37:11-12). Fulfilled.
First they will come to life as a nation (Ezekiel 37). The ancient Hebrew language would be revived again (Zephaniah 3:9, Jeremiah 31:23). Fulfilled.
A remnant will accept Jesus as their Messiah, but most from the nation will be blind (Romans 11:25) to the fact that their Messiah already came before the destruction of the temple as predicted in Daniel chapter 9. Fulfilled.
Soon after the nations rebirth Israel would face hostility from all around, being greatly out numbered and attacked from all sides by Egypt, Iraq, Jordan, and Lebanon, but will miraculously survive as overwhelming victors (Psalm 83, some also believe this may be a partial fulfillment with another war to come). Fulfilled.
They will regain their capital city of Jerusalem and develop a very strong military (Zechariah 12:1-6). Fulfilled.
In the latter days toward the very end of the era, they will quickly become very wealthy--so wealthy that several large powerful nations will want what she has (Ezekiel 38:10-12). Happening Now.
Curiously, this war will not involve Israel's previous border enemies, but will involve an outer ring of nations (Ezekiel 38:1-5). Happening Now.
Russia will be the main leader and protector of Iran and Turkey (Ezekiel 38:7) and together these three nations will lead an alliance of countries including Sudan and Libya that will come against Israel from the north in Syria. Stage is set, espeically with growing Iranian prescence in the region.
The timing of this attack may be triggered by a preemptive strike on Damascus by Israel or one of her allies (Isaiah 17:1, 14). Stage is set.
Additionally, there will be a great increase in worldwide antisemitism and anti-Israel positions and actions (Zechariah 12:1-9). Happening Now.
In fact the only nations that will protest the attack on Israel are Saudi Arabia, England, and areas that came out of England such as America, Canada & Australia (Ezekiel 38:13). Stage is set. (Note: for the first time ever Israel and former enemy Saudi Arabia are working together.)
The nations of the world will be obsessed with the tiny nation of Israel--wanting to move her borders and condemn her at every turn (Zechariah 12:3). Fulfilled and continuing. Stage is set.
After Israel's rebirth, there will also be an increasing desire, preparation and push toward the building of a third temple and the reinstitution of temple sacrifices (Daniel 9:27). Fulfilled/Happening Now.
There will be some sort of a broad peace agreement between Israel and many other nations (Daniel 9: 27). Stage Set/Possibly Happening Now (with Trump's Mideast Peace Deal).
I'm paying particularly close attention to Trump's Peace Plan. Once it is revealed, we'll know much more about its prophetic significance, but if it involves talk of rebuilding the Jewish Temple and/or any kind of 7-year time frame, it should REALLY get our attention. The plan is expected to be revealed in the next two weeks.
The final agreement described in scripture will be already on the table--so to speak--when a seemingly peaceful end-time figure will add to, or somehow strengthen it, and push it over the finish line. Stage is being set for this future event.
With this single feat, Scripture tells us he will peg himself as the evil end-time ruler known to most as the Antichrist. The rapture of the church will happen prior to this final signing and strengthening of the peace agreement (2 Thessalonians 2:3)--and likely during its development when the world seems to be repeating the phrase "peace and safety (1 Thessalonians 5:3)." Stage is being set for these future events.

END TIME PROPHECIES ABOUT: TECHNOLOGY
There will be an explosive exponential curve related to technology and travel (Daniel 12:4). In a short period of time both will increase like no other time in history. Fulfilled/Happening Now.
Destructive weapons never before seen will emerge on the scene and will have the capacity to destroy much of the planet (Zechariah 14:12; Isaiah 24:1; Revelation 3:10; Matthew 24:21,22; 1 Thessalonians 5:3; Revelation 16:8). Fulfilled/Happening Now.
News events will be seen live and everywhere on the planet (Revelation 11:9-10). Fulfilled/Stage Set.
A cashless system and skin-implanted technology to enable it will be developed (Revelation 13:16-17). Fulfilled/Stage Set.
Some form of artificial intelligence with global reach will have the ability to kill people (Revelation 13:15). Stage Being Set.
END TIME PROPHECIES ABOUT: CONVERGENCE
If we are nearing the end, we should see all of these things forming at the same time and in the same generation once Israel is reborn as a world nation (Matthew 24:32-34). Fulfilled/Happening Now.
The more we see all of these things in play at the same time, the more we should be assured that the rapture is on the horizon (Luke 21:28). There is a shelf life for many of the categories. The multiple conditions cannot remain in perpetuity (Matthew 24:33). If we are close to what the top of the puzzle box shows, we should see details in these categories continue to increase and line up further with what the Bible foretells. Happening Now.
COMPLEX BOX TOP
Okay. I know that is an extremely complex box top, but I've included references if you want to check them out. There were so many things I had to leave out, like the spread of the Gospel around the globe before the end (Matthew 24:14); the persecution of Christians (Matthew 24:9-10); signs in the sun, moon, and stars (Luke 21:25); great movements of the Holy Spirit including dreams and visions (Joel 2:28; Act 2:17); the push toward globalism (Daniel 2, Daniel 7, Revelation 13) and a one-world religion (Revelation 17:1-18); Europe forming into a united empire made up of weak and strong countries (Daniel 2; Revelation 13), and so many others.
As with the prophecies above, all of these I left out are either fulfilled or coming together in our generation.
So my goal was to take the randomness of the disconnected puzzle pieces that can easily overwhelm people, and use them to paint the picture of what the end times are supposed to look like. Now ask yourself. Does the current global puzzle look like the box top described above?
With the same categories, consider recent news headlines and honestly ask yourself if the puzzle pieces of the world are lining up with the Biblically prophetic box top.
Here's my friendly dare. I dare to take one category, look up the verses, then do your own research using news headlines of the day to see if these things are truly taking place.
By Todd Hampson/ToddHampson.com - reposted with permission.