Ignorance About History Makes A Comeback For America’s Youth 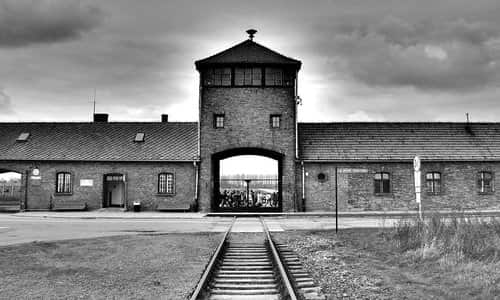 By Harold Brackman/The Algemeiner September 30, 2019
Share this article:
New York Congresswoman Alexandria Ocasio-Cortez (AOC), a member of "The Squad," is getting some  flack for claiming that millennials are more "informed" and "willing to go to the streets" than the Greatest Generation that endured the Great Depression and won World War II.
She also opined that her own generation "actually takes time to read and understand our history, the history of the labor movement, history of civil rights, history of economics, history of the United States, history of colonialism, and they're not afraid to have those conversations."

Understandably, she left out the Holocaust, given her ill-informed equation of US immigrant detention camps with German concentration camps. The popularity of AOC's ignorance is partly explained by a poll, commissioned by the Conference on Jewish Material Claims Against Germany released on Holocaust Remembrance Day.
It showed that two-thirds of American millennials surveyed could not identify what Auschwitz is, and that 23 percent haven't heard of the Holocaust or are not sure whether they've heard of it -- twice the percentage of US adults as a whole.
It is often said that the best cure for ignorance -- and contempt for what your parents think -- has always been experience. Even the Greatest Generation had to learn.
Many as teenagers were attracted to the isolationist "America First" movement of the 1930s. That was before Pearl Harbor and the horrors of World War II taught them a bitter lesson about the necessity of fighting totalitarianism. That life-changing lesson carried over after World War II into the Cold War.

Of  course, millennials have had no experience of any of this history -- not even the Vietnam War. They or their elder brothers and sisters may have fought in Afghanistan and Iraq, but according to polls, they overwhelmingly disapprove of those wars. They aren't likely to get an argument from either Donald Trump or whomever among the Democratic presidential contenders runs against him in 2020.
The polls also show that 58 percent of the younger generation -- an estimated third of the US electorate in 2020 -- agree that it would be "a good thing" for the US to support some forms of socialism. Apologists for America's young people sometimes argue that ignorance of how socialism has worked out in practice is why so many think it's a great idea.
Unfortunately, ignorance may not be the only or primary reason our younger generation has such poor historical judgment. To take only two shocking examples, ABC News interviewed Andy Vila and Ernesto Medina, whose parents had to flee for their lives from Castro's Cuba to Miami. Both like socialism a lot, and Medina, 31, says, "I don't care what old people think anymore."

One might think that Europe's younger generation knows better. Alas, a new survey conducted by the European Council on Foreign Relations asked people in 14 EU member states for their views about whom their county should side with in the event of a military conflict between the US and Russia.
Despite the existence of NATO, in none of the 14 countries did a majority favor siding with the US. Neutrality was overwhelmingly favored; but in Austria, Greece, and Slovakia, small pluralities favored aligning with Russia over the US.
Famous for fleeing fascist Europe's new world order for America, Einstein once said, "Insanity is doing the same thing over and over again and expecting different results."
Originally posted at The Algemeiner - reposted with permission.