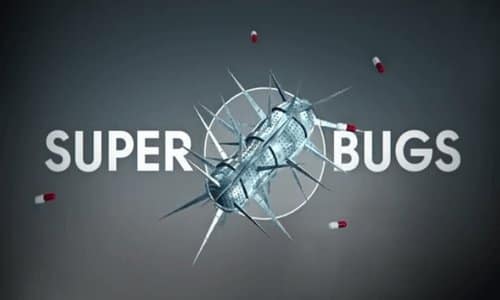 By PNW Staff May 24, 2016
Share this article:
A tiny cut leaves you fighting for your life. Basic treatments are ineffective. An operation proves deadly. Luck may be the only thing that saves you.
This isn't the plot of a poorly-executed science fiction novel but rather a startling new reality. A future without antibiotics.

In a recent report, former Goldman Sachs economist Jim O'Neill warns that antibiotic-resistant bacteria could ultimately kill one person every three seconds by 2050--an average of 10 million people a year.
Known as "superbugs," these bacteria strands are evolving and growing more dangerous as they develop immunity to antibiotics. Superbugs will lead to an estimated 700,000 deaths this year alone. Without preventive steps immediately, O'Neill fears the world may be heading towards the "dark ages."
"Routine surgeries and minor infections will become life-threatening once again and the hard won victories against infectious diseases over the last 50 years will be jeopardized," the report said.
Unfortunately, the problem has already begun, creating a medical "catch-22"--the more antibiotics used, the stronger the superbugs become. Simply put, overuse of antibiotics actually creates a resistance to them, and it is this overuse that needs to be addressed first.
"We need to inform in different ways, all over the world, why it's crucial we stop treating our antibiotics like sweets," O'Neill said.
The latest evidence of this rising issue comes from the discovery of a colistin-resistant gene several months ago in China. Colistin is considered the "last resort" antibiotic, given only when nothing else works.
Used to defeat infection when everything else fails, the finding that it, too, is becoming resistant to bacteria has scientists alarmed. Since the original report was published, this gene has been detected in farm animals, produce and humans in 19 countries. No discoveries have yet been made in the United States.
Although the report acknowledges that the developing nations of Asia and Africa are most at risk, experts fear superbugs will continue to expand worldwide through food. Misuse of antibiotics in animal production, used to promote growth, presents a major risk globally.
"There is an increasingly robust consensus that unnecessary use of antibiotics in animals and agriculture is a significant concern of human health," the report said.

In addition to being transferred through food, superbugs can also be easily spread from person to person. O'Neill advocates that reducing this threat is simple math.
"The less people get infected, the less they need to use medicines such as antibiotics, and the less drug resistance arrives," he said.
To achieve this goal, individuals are encouraged to take small steps to improve hygiene, stopping infections before they even start. While new technologies and medicines are needed, the report stresses that "fundamental health practices" cannot suffer. Basic habits, like proper hand washing, are not only key in ending the growth of superbugs but also preventing the spread of infections entirely.
"The basics of public health--clean water, good sanitation and hygiene, infection prevention and control, and surveillance--are as critical for reducing the impact of antimicrobial resistance as they are for infectious disease control," the report said.
The challenge of drug resistance, however, cannot be solved by just a few people. It requires a large, coordinated response on a global scale. Infections are inevitable. People get sick. Without worldwide involvement, one infected individual or animal can begin a cascade of resistant bacteria that will spread to other parts of the world.
The report urges every nation to take action proactively by investing in new antibiotic research, upgrading medical facilities and creating global oversight. Sooner or later, the report cautions, governments will be forced to "bear the cost."
"There is no excuse for inaction given what we know about the impact of rising drug resistance," the report said. "All countries need to act."