Christians Flee Gaza Due To Hamas - And No One Cares 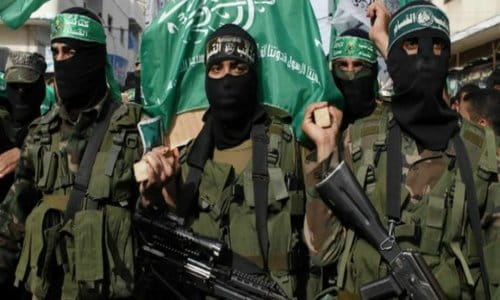 By Elder of Ziyon/Algemeiner.com October 10, 2019
Share this article:
Since Hamas' rise to power in the Gaza Strip, Christians living in the sector have become the scapegoats and a target for harm from both Hamas and extremist Salafis. Due to their predicament, most of them fled; out of a community of 4,200 people twelve years ago, there are now several hundred left.
Until recently, Kamal Teresi was there too, but managed to escape 4 months ago: "The Hamas people took over my house and turned it into a war room," he says.
Teresi provides a rare glimpse into the unbearable reality he and his community have had to face every day. "I was put in a number of prisons, and the Hamas prison is nothing but beating and psychological torture," he recalls. According to him, the attacks on Christians in Gaza have become routine, and it does not stop even in times of war.

"We Christians are not bystanders in Palestine, we have been in Palestine for two thousand years, we are not guests," says Kamal painfully. "They are harassing and hurting the Christian public and Christian institutions, churches and associations."
One thing is certain for Kamal: he no longer has a way back: "I can't go back to Gaza; returning would be a death sentence."
So why haven't there been any reports by Amnesty International, Human Rights Watch, or Oxfam about the plight of Christians in Gaza?
Because those groups go out of their way to make Israeli Jews look bad, and to make Palestinians look good. For Israel, any tiny problem gets highlighted; for Palestinians, only undeniable abuses like torture or suicide bombs are grudgingly mentioned -- and even then, they are semi-excused by also talking about things like the "occupation."

According to these reports, over 80% of Christians have fled Gaza under Hamas rule. Things are better under the Palestinian Authority, but not that much. Bethlehem used to be 70% Christian, and is now less than 15%, as many have been intimidated into leaving.
It is rare for a Christian to complain on the record about Palestinian officials, because they know what the consequences could be. So most articles have them dutifully toeing the line that everything can be blamed on Israel. Only a few reporters bother to look under the surface -- and human rights groups are simply not interested.
Originally published at Algemeiner.com - reposted with permission.