Confessions Of A Kanye Skeptic: Welcoming The Lost With the Spirit Of Christ 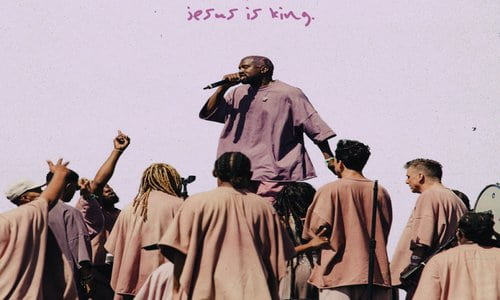 By G. Shane Morris/Breakpoint.org October 23, 2019
Share this article:
Two close friends and I were recently discussing Kanye West's profession of Christianity, and one of them confessed that his initial reaction to the news resembled a dismissive gag. Mine, too.
Leaving aside West's unsavory lyrical legacy and life choices, the rap artist has a track record of taking up odd and counter-intuitive hobbies. Who can forget his MAGA hat phase, not nine months gone? Surely Christianity is just his latest gimmick to earn attention. We shouldn't take him seriously. Pearls before swine, you know.
My friend admitted that what shut his mouth in the Job-ian sense was the name of Kanye's new album: "Jesus Is King." Of the three of us, only one is a fan of the genre. I'm not likely to ever listen to any of the songs, except by accident. But as my friend put it after hearing that title, "Okay Kanye, you've got my attention."

Our discussion soon drifted closer to home. We have a longtime mutual friend who was raised in church but has spent the last five years professing atheism and living (or attempting to live) a profligate life. The nature of our group has always involved affectionate teasing, but at times, we probably stepped over the line with this prodigal pal.
I think we told ourselves that poking fun at his lack of success with casual sex would undermine his motivation for remaining an atheist. Turns out it was exactly the opposite. He recently repented and reaffirmed his baptism after getting a taste of the life he thought he wanted and realizing it smacked of death.
As with Kanye, my pious doubts sprang up immediately. Even while I type this, defenses of those doubts spring up. Some sound quite biblical. Don't three out of the four types of soil in the Parable of the Sower fail to produce fruit? Doesn't Jesus promise to rebuff many of those who say "Lord, Lord"? And aren't we told to be as "wise as serpents and gentle as doves"?
Yes, yes, and yes. But I have this nagging fear that lately I've overemphasized the serpent part.
It's easy to keep shrewdly slithering my way past the scandal of the Gospel, since I needn't even look in the Bible for reason to doubt unlikely conversions. Celebrities have a long history of finding Jesus or some other religious guru when their careers need a shot in the arm. And foul-weathered repentance is nothing new.

Millions of Americans cried out to God after September 11th, but we're still waiting for the revival. When we're in trouble, we beg God for help. And when the sun is shining and we're fat and sleek, the Almighty goes back into storage. This is human nature, not Divine grace.
But goodness, these converts do good impressions of brothers. At a recent concert in Washington, D.C., Kanye reportedly told the audience, quoting Ephesians 2, "It is God's grace that you have been saved, through faith. It is not the result of your own efforts, but God's gift." He went on: "If you believe that Jesus died for your sins, then you know the gospel...It's simple. Christians, we are making it too hard for people to come and be involved in this."
Arms crossed tightly, eyebrows knit in righteous discernment, I rush to rebut this ringing confession and indictment of my stinginess. I point out the theological fumbles West has made since his alleged conversion. He's not submitting to discipleship at an orthodox church.
He lets his wife continue to serve as a sex symbol. He thinks Mormons are Christians! And this friend of mine? Well, he has proven himself fickle when it comes to creeds. Neither man should be allowed to just waltz back into the Kingdom--they require a lengthy period of probation, first. Right?
Thus, I tie up heavy burdens and lift my finger just high enough to tap Heaven's garage remote and shut the door in the faces of the doctrinally inarticulate. Thus, I sit under my shade vine and wait for the fire to fall on Nineveh. Thus, I scoff as Ananias goes to baptize this obvious and dangerous fraud. Thus, I whisper with the other Pharisees that Jesus really should be more careful who He hangs out with.
That's about the time an angel who looks a bit like Rich Mullins pops up on my shoulder and says, "Your head's getting too big for your neck, Ragamuffin." The real Rich, though no rapper, would doubtless have welcomed Kanye and my ex-atheist friend too quickly for my taste. He would have claimed to do so on the orders of a God who, as he reminded listeners at a concert in 1997, "ain't got no taste." And he would have thanked the Lord for it, too.

He would have done all this because he knew a simple fact I try to forget: that we are all wretches, saved by amazing grace, and perhaps just as much by God's thrice-blessed lack of taste.
There was a time not so long ago when my ignorance and impiety would have made Kanye and my reconverted friend sound like seminarians. There have been times in recent days when the thoughts of my heart would earn the ratings of the former's raunchier albums.
If I object to Jesus feasting with sinners, well, I had better excuse myself from the table.
Don't get me wrong, all the cautions I've offered here are true, and then some. Celebrity culture is toxic, and many professing converts do slide back into unbelief and dissolution.
Many seeds do spring up joyfully, only to be choked by the world or scorched by the sun. Many false brothers do infiltrate the Church and introduce destructive heresies. And Heaven knows I'm the last person to recommend we get loosey-goosey on theology.
But one stubborn fact remains: I'm not the gatekeeper of Heaven. I'm not even the guy who hands out the white robes. I'm the guy who is supposed to open my arms and say, "If you mean what you just said, welcome, brother."
Scripture's truths about discernment are balanced by its reminder that I don't get to decide who enters the Kingdom, because I'm not the King. As Kanye reminds us in words more reliable than any of the sinners who have ever professed them, Jesus is.
Originally published at Breakpoint.org - reposted with permission.