Israel Under Attack - How You Can Help 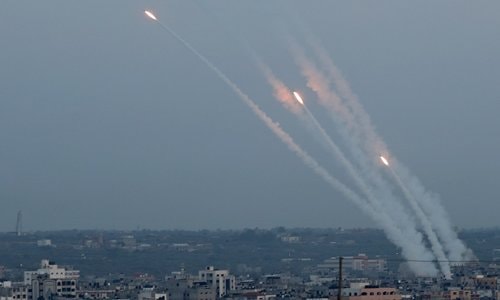 By Israel 365 November 14, 2019
Share this article:
Waking up at 6:30 a.m. Wednesday morning, November 13 of 2019, Karen Adler in Beit Shemesh heard three large explosions. They didn’t sound like a car accident or thunder. Turns out - they were rockets intercepted by Israel’s Iron Dome, right over the Latrun area. Rushing to her 3 children in anticipation of a siren, birds in the sky demonstrated calm in what was a tense scene.

Israel, in just under 48 hours has been pelted with over 220 rockets from the Gaza strip and the number keeps rising. See a rocket hitting a highway in Israel and narrowly missing several drivers:
Miraculously, there’s limited casualties on the Israeli side, thanks to the defense system. Overnight, IDF soldiers, who manage the Iron Dome technology were highlighted throughout news channels for their courage and watchful eye.
These soldiers, who give their time, lives and souls are not alone as they serve the Jewish homeland. Funding of programs through Yahad – United for Israel’s Soldiers, makes sure to alert friends around the world to pay heart to Israel and support the army’s needs. This includes providing welfare towards housing, education, added amenities and more. 100% of donations go directly to help alleviate overhead costs.

As such, Yahad – United for Israel’s Soldiers, is the only organization that is permitted to allocate funds to the IDF in its entirety, as described above. That’s right – 100%. This allows and creates a network that effectively cares for the physical, spiritual and growing needs of the IDF troops.
When the nation sleeps, children are off to school while parents go to work, Yahad provides essential emotional support for these young and willful soldiers.
We encourage you, as you consider the ways in which you can help fight terrorism against Israel, to support our programs and be a part of the Yahad efforts.
You can learn more by clicking here.