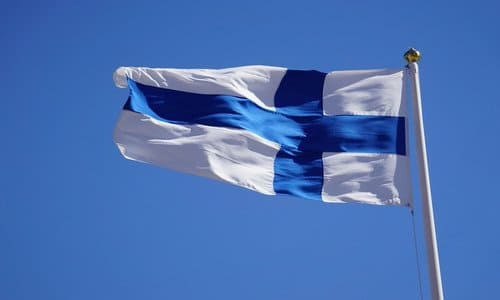 By Evangelical Focus November 14, 2019
Share this article:
Finnish Christian Democratic MP, former Minister of the Interior Päivi Räsänen is being subjected to pretrial investigation by the Finnish Police on account of suspected incitement against sexual and gender minorities.
The matter concerns a critical comment she made on social media of the Evangelical Lutheran Church of Finland's (ELCF) official participation in the Helsinki Pride event earlier in the summer.
On 17 June, Päivi Räsänen posted a photo of Romans 1:24-27 from the New Testament, that describes same-sex relationships as "shameful".

Räsänen explained why she posted the remarks online: "When praying, I got convinced that it is not my time now to jump out of the sinking boat as a parable of the Church, but to try to wake up the sleeping ones in the Church in that boat. And that's why I decided to write to social media."
Räsänen risks being accused under Section 10 of the Criminal Code of Finland for "ethnic agitation". A fine or prison are contemplated for this crime.
In the attached post, she criticised Finland's largest church body's announcement to become an official partner of Helsinki Pride 2019, asking, "How can the church's doctrinal foundation, the Bible, be compatible with the lifting up of shame and sin as a subject of pride?"
Räsänen, like some 69% of Finns, is herself a member of the ELCF and married to an ELCF pastor.
She is well known in the country for her defence of traditional Christian views on ethical issues such as abortion, euthanasia and marriage that are often more conservative than those of the Lutheran Church's official leadership.

Officially, the Evangelical Luterhan Church of Finland's Church Order, ratified by the Finnish Parliament, states that it "confesses that Christian faith which is based on the Holy Word of God, the prophetic and apostolic books of the Old and the New Testament" and the Lutheran confessional writings of the 16th century.
The ELCF is called a "national church" and plays an active role in the public sphere and has the right to collect church tax from its membership that is largely secularised but contains an active minority of conservative 'revival movements'.
Its membership has been on the decline recently by between 1 and 2 per cent points per year. In 2010, some 80,000 Finns quit the church body, most blaming MP Räsänen's participation and expression of traditional views in a TV debate on gender neutral marriage.

Räsänen's minority party, the Christian Democrats, currently hold 5 seats in the 200-seat Finnish Parliament.
If convicted, Räsänen case would set a Finnish precedent that could impact the freedom of speech of Christians throughout the country.
"It is difficult to understand what is now happening in my home country, but I am grateful that so many Christians have been woken to pray for our nation".
Räsänen also tweeted, "I am concerned if quoting the Bible is considered even 'slightly' illegal. I hope this won't lead to self-censorship among Christians. Rom. 1:24-27".
Originally published at Evangelical Focus - reposted with permission.