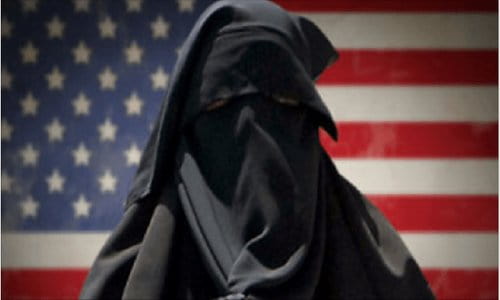 By Shireen Qudosi/Clarion Project November 14, 2019
Share this article:
The Council on American Islamic Relations (CAIR) recently held its 25th Annual Gala in Washington, D.C, in which CAIR's executive director announced a goal of pushing more Islamists into Congress.
As the Investigative Project on Terrorism reports, CAIR's executive director Nihad Awad shares the "formula" he believes will secure Islamists greater political power:
"A strong CAIR equals a strong community. A strong community will produce a strong and confident and successful Muslim ... "So I'm telling you tonight we are going to work in the next years, inshallah (God willing], to elect at least 30 Muslims in the Congress. This number is equivalent to our size and our potential as American Muslims. Including at least two U.S. senator Muslims."

In addition, Awad envisions Muslim judges, including a justice on the U.S. Supreme Court, along with an Islamist extension of Hollywood.
No matter that Awad got his numbers wrong, this has been the Islamist agenda since at least the 2000s, when I heard the same professional targets outlined at national conventions. But as Middle East Forum's Daniel Pipes wrote in 2003, it goes further.
Pipes documents how, in 1998, CAIR's Chairman Omar M. Ahmad told a crowd of Muslims in California: "Islam isn't in America to be equal to any other faith, but to become dominant."
In 2008, I heard this message echoed at a southern California mosque by Imam Siraj Wahhaj at an event sponsored by the Muslim Alliance in North America (MANA), where Wahhaj said:
"There is no America. There is only Islam."

None of these views have been clandestine. Over the years the message has been consistent. What has changed is that the Islamist candidates they produce are more vocal about exactly which interests they represent.
Congresswoman Ilhan Omar's support of the Hamas terror group and the anti-Semitic BDS movement against Israel is the most recent demonstration of that.
Originally published at Clarion Project - reposted with permission.