Military Trans Surgery: It's On The House! 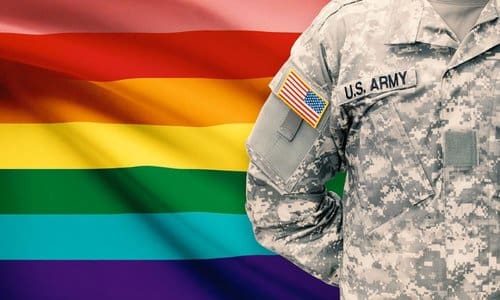 By Tony Perkins/Family Research Council November 21, 2019
Share this article:
Nothing says "Thanks for your service" like ignoring the needs of U.S. troops. But apparently, that's the most our military can hope for under Speaker Nancy Pelosi's (D-Calif.) majority.
While the president tries to deal with conflicts around the globe, contain the threats from ISIS and rogue nations like North Korea, you'll be relieved to know that the House is hard at work on its most important mission: ushering into the military people who are in conflict over their biological sex. And they're willing to tie up the most important bill of the year to do it.
Although the impeachment proceedings is sucking up most of the air in Pelosi's chamber, most people assumed the liberal leader would have the sense to shelve that circus long enough to wrap up the annual National Defense Authorization Act (NDAA).

They assumed wrong. House liberals aren't just refusing to do the country's real business, they're making our defense budget a bargaining chip in their game of gender extremism. According to Armed Services Chair Adam Smith (D-Wash.), Democrats are going to squeeze Republicans to open the floodgates to transgender service.
Smith, who made this priority number one on day one of his chairmanship, has had a beef with Donald Trump's policy since it was announced. "The president is the president, the Senate is the Senate and they don't agree" with the House, Smith argued.
"They are wrong. This is incredibly important policy and the current policy in place is bigoted and discriminatory and unnecessary and ought to be changed." Fellow radical Jackie Speier (D-Calif.) is more than happy to help him stonewall, sponsoring the measure that would undo all the progress this Pentagon has made.
Already, taxpayers have been forced to make a huge investment in the Left's social petri dish, sinking $7,943,906.75 into the 1,500 troops who are currently serving and have been diagnosed with gender dysphoria in the ranks.

For just those service members, the Pentagon says the military has paid for 22,992 psychotherapy visits, 9,321 hormone prescriptions, and a whopping 161 surgeries (ranging from hysterectomies and breast augmentation to "male reproductive" construction) since 2016. Surgeries alone racked up an eye-popping $2 million -- an average of $12,422 a person. Add that to the $5.8 million in therapy, and we're talking about a significant cash drain.
And that's just the cost for the men and women currently serving. Imagine how much we'd be paying if President Trump hadn't reversed the Obama policy! According to FRC's Peter Sprigg, the cost of the Democrats' bill -- which would throw open the door to anyone who identifies as transgender -- would be as high as $3.7 billion over 10 years. And what happens when these men and women regret the surgery (as an overwhelming number of patients now do)? Will taxpayers be on the hook for reversals too?
As it is, only a fraction of the military supports the idea of letting people serve while they struggle with their gender. Good luck finding half that many who think paying for a completely elective operation is a better use of $8 million dollars than 205 bombs ($38,900 each), 98 Hellfire air-to-surface missiles ($81,200 each), 58 guided multiple launch rockets ($137,350 each), or 10,113 pieces of Generation III body armor ($791 each).
If Congress wants to spend money on health care, how about our nation's veterans'? They're literally dying for medical attention while this House tries to give everyone free cosmetic surgery. How's that for a contrast in the two parties' priorities?

Meanwhile, the House is willing to hold the troops' funding hostage because they think every president's military standards -- but Obama's -- are unfair. But contrary to what the Left wants you to believe, not a single person "has been kicked out of the military as a result of [Trump's] policy," Pentagon spokeswoman Jessica Maxwell said.
Even if they had, Rep. Vicky Hartzler (R-Mo.) insists, the "military is under no obligation to accept individuals who do not meet the medical criteria for service." Military service, she explained, "is a privilege. It's not a right. It would be unwise for us to make exceptions to service for one specific entity who could not meet medical standards."
After more than a decade of war, our troops have all kinds of needs. And how do Democrats express their appreciation for their sacrifice? By ignoring them. It's a tragic legacy for a party whose only use for America's military is fighting one war: the culture's.
Originally published at Family Research Council - reposted with permission.

January 20, 2020Amazon's Pay By Hand - Fast Tracking The Mark Of The Beast

If anyone has the power, money and influence to persuade people to accept a new form of payment systems for commerce, it is Amazon. Amazon...

January 20, 2020America Is Far More Christian Than We Realize

Today, courageous Iranian women are leading the uprising against the Iranian regime. If Iranian feminists who refuse to wear the hijab are...

More than 120 members of Congress issued letters of support to the Council on American Islamic Relations (CAIR), an anti-Israel organizati...

January 17, 2020The Rise Of Gog? Putin Positions Himself To Influence Russia For Life

January 17, 2020The Personification Of The Spirit Of Jezebel

How does Jesus feel when an Episcopalian priest, someone ordained to represent His name, is a well-known champion of abortion? How does He...

January 17, 2020Locusts, Demons Or Drones: Who Are The Locusts Of The Fifth Trumpet Judgment?

Some Bible prophecy teachers have suggested that the locusts described in the Book of Revelation might be drones. Does this hold up to sc...