Transgenderism Is Just The Start: Racial Self-Identification Is Next 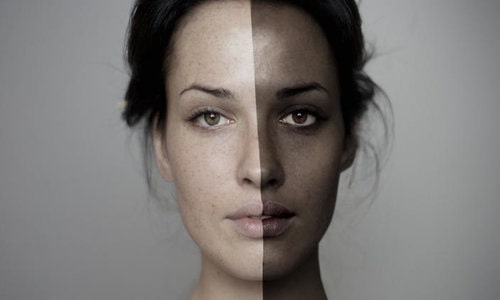 By Jonathon Van Maren/Bridgehead.ca December 02, 2019
Share this article:
We all knew it was coming, and here it is - according to The Telegraph, one major lecturer's union has declared that people "should be allowed to identify as black no matter what color they are born."
After all, if your genitalia doesn't tell us anything about your sex, your skin color obviously tells us nothing about your race. I'm a bit surprised it took so long for this to take off:
The University and College Union (UCU), which represents more than 100,000 university lecturers and staff, set out its position on whether people should be able to self-identify as different races or genders.

In the paper "UCU Position on Trans Inclusion", it stated: "The UCU has a long history of enabling members to self-identify, whether that is being black, disabled, LGBT or women."
The union's stance was criticized by some of its own members as "nonsensical". Kathleen Stock, a professor of philosophy at the University of Sussex, wrote on Twitter: "I'm still a member of UCU but... they make it hard when they publish this nonsensical, anti-intellectual propaganda."
The debate over racial self-identification has become heated in recent years. Last November, Anthony Lennon, a white theater director who describes himself as an "African born again", drew criticism for securing public funding intended to help ethnic minorities develop their stage careers.
Mr Lennon, 53, who was born in London and whose parents are Irish, won a place on a two-year Arts Council-funded scheme, after a leading black theater company accepted his claim to be of "mixed heritage".
Trevor Phillips, the former chairman of the Commission for Racial Equality, said allowing people to self-identify their race meant members of ethnic minority communities "lost out".

The UCU's paper also reaffirmed that it supported a "social, rather than medical, model of gender recognition".
A spokesman for the UCU said: "Self-identification is a standard practice in many organisations and the Office for National Statistics says 'there is no consensus on what constitutes an ethnic group and membership is something that is selfdefined'."
The interesting thing about our new era of radical autonomy and forced social acceptance of any self-identification, no matter how ludicrous, is that it is displacing and replacing groups that previously had to fight for decades to achieve their rights--rights that are now simply being "named and claimed" by whoever happens to identify with that group.
Women fought for private, female-only spaces--and now biological males claiming to be females are forcing their way in, many of them still packing their functioning male genitals.

Feminists who protest this and try to tell the press that this is a new manifestation of the patriarchy are shouted down and told they are transphobes and bigots.
And now you have white people claiming to be black people and taking things designated for black people. Since we've done away with standards of objectivity, anything is up for grabs, and some people are getting very grabby.
I'm sure the Democrats will do precisely what the radical Left tells them to when trans-racialism or whatever they're going to call it becomes the next big thing, and that's when we'll find out just how much of this progressive nonsense the African-American community is willing to put up with.
Originally published at The Bridgehead - reposted with permission.