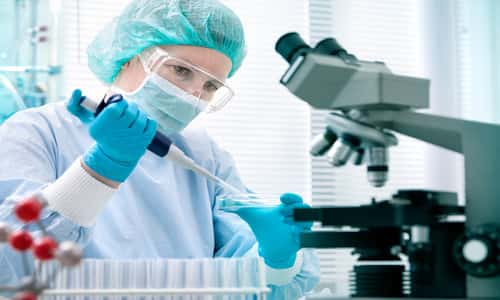 By Tom Olago May 30, 2016
Share this article:
Scientific advancements continue to be made in medicine at a tremendous pace. And although much of it benefits mankind, the methods used for research and testing can at times push the boundaries of ethical and moral considerations to new limits.

One such area under recent scrutiny is that of human embryo research techniques.
As recently reported by Rob Stein for npr.org, scientists have been able to make and study human embryos in their labs for decades. But they have never been able to keep them alive outside a woman's womb for more than a week.
That limitation meant scientists were unable to conduct a range of detailed research into early human development. But now researchers say they have discovered a way to keep human embryos alive in the laboratory about a week longer than ever before, and through a critical period of development.
It's a step they say will yield important insights into human development and could lead to a better understanding of the factors that cause miscarriages and birth defects. But as Stein further explains, the advance is reviving a debate about the ethics of conducting experiments on human embryos in the laboratory.
Specifically, the move has raised questions about whether to change a long-standing rule that has limited research on human embryos to the first 14 days of their development.
The research, recently published in two papers in Nature and Nature Cell Biology, builds on a modern discovery by Zernicka-Goetz's group showing how to keep mouse embryos alive longer in the lab.
The next big question was: Would the same approach keep human embryos alive longer? Until now, the upper limit for human embryos was about seven days.
Zernicka-Goetz's group and a separate team at Rockefeller University in New York decided to try. And it worked. Human embryos kept developing in the lab for about another week.
Zernicka-Goetz says being able to go past the previous limit is "extremely important" from a scientific point of view. That's because the seventh day of development is the time when the human embryo becomes embedded within the body of the mother -- when it becomes implanted in the womb.
Scientists had thought embryos could only keep developing if they were safely in the womb and receiving instructions from the mother's body.
"That was a big eureka moment in the lab," said Ali Brinvalou, an embryologist at Rockefeller University in New York. "All the information necessary and sufficient to have the embryo move forward is already contained within those handful of cells...that was a very big surprise to us and to the field."
Researchers know relatively little about how a tiny ball of cells that makes up an embryo starts to become a complex human. It's been a complete "black box," Brinvalou says.
The advance should help scientists investigate many long-standing questions such as: Why do so many pregnancies end in miscarriages? How could infertility treatments be improved? What causes birth defects? How do embryonic stem cells really work?
But as opponents equally ask: does the end really justify the means? For those who think experimenting on human embryos is morally wrong, going even further is deeply troubling.
"The 14-day rule has kept it pretty limited in terms of what scientists could do. Once that goes, then it begins to sort of say: 'It's open season on human embryos. Anything goes,' "said Daniel Sulmasy, a doctor and bioethicist at the University of Chicago.
"The question has to be: 'Are there any limits to what we will do to human beings in order to gain scientific knowledge?' And then who counts as a human being?" he posed.
According to Insoo Hyun, a bioethicist at Case Western Reserve University: "Policymakers and others have looked at that developmental time point and thought: That might actually be significant for peoples' moral beliefs if they think that's when you get a unique individual who finally appears for the first time".
Hyun stressed, however, that any change to the 14-day rule would require the same kind of careful, coordinated international debate that created the rule in the first place, to satisfy moral qualms.
Ben Johnson in a recent article for lifesitenews.com reported that proponents of the latest planned extension are petitioning lawmakers to lift sanctions that would keep scientists from experimenting on newly conceived babies longer.
Researchers from Cambridge University, King's College, and Rockefeller University said in two separate reports that they stopped at 13 days only to avoid violating an internationally accepted law. At least 12 nations restrict the amount of time a newly conceived child may be kept alive in a laboratory to 14 days, the point at which scientists believe "individuality" begins.
Pro-life experts said the experimentation destroys human life and could lead to grave ethical dilemmas by extending the research. "No human being should be used for lethal experimentation, no matter their age or stage of development," said Dr. David Prentice, a professor of molecular genetics and an Advisory Board Member for the Midwest Stem Cell Therapy Center.
"The 14-day rule is itself arbitrary and does not assuage those who believe life begins at the moment of sperm-egg fusion. Moreover, allowing experiments on human embryos beyond 14 days post-fertilization risks the lives of untold more human beings, because it further encourages creation and destruction for research purposes."

Kristan Hawkins, president of Students for Life of America, called the experimentation "sick and twisted."
"Science has undeniably proven that a new human life, with unrepeatable DNA, begins at conception," Hawkins said. "There is no reason for experimentation on that human life and science itself should not be heralding the fact that a tiny human being can survive now for two weeks outside of the womb, all for the sole purpose of experimentation."
Dr. Prentice noted that embryonic stem cell research "has yielded no benefit thus far," leading even its most vocal advocates, such as Michael J. Fox, to admit it has not lived up to its promise.
"If this research does not stop at 14 days, where does it stop?" asked Prentice. "This is a risky step which could encourage further eugenic attitudes and actions."
Dr. Prentice encouraged Congress "to have a full and open debate on the issue of human embryo research before the research community moves further without oversight."
Professor David Jones, director of the Roman Catholic Anscombe Bioethics Centre, holds the view that all research on embryos is unethical. He was quoted in another recent article by Christian Post reporter Harry Farley as follows:
"In the future, this may even be seen as the first step towards culturing babies outside the womb, where the child is not only conceived outside the protection of his or her mother's body but no such protection is even envisaged at any stage.
Human life and human pregnancy should not be separated in this way. On a technical level it is a scientific breakthrough but it is also a further step away from humane and ethical science and a further step towards an increasingly inhuman future."
It would seem that scientific research is increasingly moving towards the school of thought that favors any outcome perceived to be beneficial - that the end always justifies the means no matter the ethical cost.
Christians, too, are weighing in on the issue publicly. Nola Leach for Christiantoday.com recently quoted Matt Chandler on the 'Together for the Gospel blog'. Chandler reportedly made the point that if we don't speak out for the dignity and sanctity of life; we are not truly pro-life - just nominally so.
He makes the case for Christians to be active in standing for the unborn and outlines some helpful ways of doing so. Writing to your elected representative and participating in the democratic process when pro-life issues come before parliament are good ways to turn your beliefs into actions.
Leach described Chandler's timely reminder as all the more urgent considering that in the UK, the sanctity of human life is under threat as never before.
As she expounded: "...for me any attempt to grow a human embryo in a Petri-dish in labs across the country is ethically, deeply troubling, whether for one, two or 13 days. Science has so far failed to prove that life does not begin at conception.
Instead, we know that at conception a new DNA strand is formed, distinct from the mother and father. Evidently, this shows that a person, a real human being is present in the womb. I believe a human embryo, whether or not it's in the womb, is actually a human life...The unborn babies need voices to be raised in their defense".
She concluded: "I am not anti-science...bioethics must have some boundaries to stop us doing what we have no right to do. Human beings are not God. We should be very wary of acting as if we were".