The Methodist Split - A Warning For All Churches 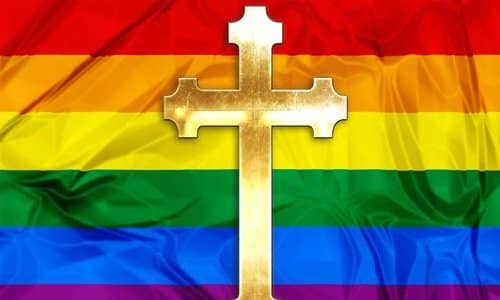 By Tony Perkins/Family Research Council January 10, 2020
Share this article:
Ignored by most media outlets amid coverage of the escalating conflict with Iran and the ongoing impeachment saga was a significant development last week within American evangelicalism.
On Friday, representatives of the United Methodist Church tentatively agreed on a proposal that would split the nation's second largest Protestant denomination over "fundamental differences" regarding the "interpretation of Scripture, theology, and practice."
Years in the making, disagreements between conservatives and liberals in the church reached an impasse last year at a special conference convened to address the church's position on the morality of homosexuality and the issues of same-sex marriage and the ordination of clergy who identify as gay.

In a document released Friday, both sides conceded that given intractable differences, splitting the denomination seems to be in the best interest of both parties. For the proposal to go into effect it will need to be adopted by the 2020 General Conference in May.
The story is significant for several reasons. First, the United Methodist Church has been the lone holdout within Mainline Protestantism on issues related to sexual morality. Other mainline denominations including the Evangelical Lutheran Church (ECLA, Episcopal Church, Presbyterian Church USA, United Church of Christ and Christian Church (Disciples of Christ) repudiated Christianity's historic beliefs on sexual morality and embraced homosexuality long ago.
But despite increased demands within and outside their denomination to follow suit, United Methodists have hitherto held the line.
Second, the announcement comes after the so-called "One Church Plan" failed last May. Progressive Methodists had introduced a resolution that would have allowed local congregations to make their own decisions on same-sex marriage and gay clergy. Despite broad support from American Methodists, the plan failed due to significant opposition from overseas bishops.
This is because unlike most mainline denominations with American-only membership, the United Methodist Church is an international denomination; out of the 12.5 million global membership, approximately 5.55 million or roughly 45 percent of the United Methodist Church is non-American (most of whom are theologically conservative). In fact, instead of revising church doctrine, the denomination reaffirmed the church's teaching against homosexuality.

However, the vote was extremely close (438-384). Considering this, a formal split represents a sad but necessary move. A denomination as deeply divided on the morality of homosexuality cannot continue to co-exist and effectively advance the church's mission. Leaders from both sides recognize this and deserve to be commended for understanding that separation is "the best means to resolve our differences."
In terms of the details of the proposal, progressives within the United Methodist Church will give a newly formed traditionalist Methodist denomination $25 million. Local churches that choose to affiliate with the traditionalist denomination may retain their assets including church buildings and properties. Moreover, conservative clergy may retain their pensions. These concessions were possible because conservatives maintain a governing majority within United Methodism despite the fact that American Methodist leadership is liberal.
Significantly, every local Methodist church will have to decide on whether they remain within what will become a very liberal United Methodist Church or join what will be a traditionalist Methodist denomination. According to the proposal, the default position for churches will be to remain within the current denomination.
Thus, every Bible-believing pastor and congregation will have to make a conscious and public decision. Will they remain committed to their theologically conservative convictions or will they compromise? Make no mistake -- if the recently released proposal is adopted in May, a subsequent decision to remain within the current denomination will almost certainly lead to doctrinal capitulation. If the proposal is adopted, local churches will have until December 31, 2024 to decide their affiliation.

There is a final lesson here. Since the United Methodist Church was formed in 1968, there has been a tendency to tolerate and accommodate theological liberalism within the denomination. In recent years the theological deviation by some member churches progressed to the point of outright apostasy.
Examples include one church that hosted a conference where Christ's resurrection was denied and a liberal bishop who denied Christ's virgin birth, bodily resurrection, and atoning death. Incredibly, disciplinary action was not taken in either case.
As Albert Mohler recently noted, if a church will not take decisive action to remove those who teach and believe what is contrary to the faith that established the denomination, "a denomination that refuses to excise people who teach contrary to their fundamental beliefs is a denomination that will no longer have fundamental beliefs."
Thus, although it will be hard work to establish a new traditionalist Methodist denomination, the roughly two to three million conservative American Methodists and millions more overseas have a historic and extraordinary opportunity.
Christians (Methodists and non-Methodists alike) should pray that conservative Methodist congregations will have courage to break with their denomination when the time comes and have the requisite wisdom to chart a path forward that honors God and is faithful to biblical Christianity.
Learn more about the spiritual warfare going on in the churches over the issue of homosexuality and numerous other social issues that are causing division.  Why is this happening and what can you do about it in your church - read Dr Brown's new book - "Jezebels War With America" - available from Prophecy News Watch here.
Originally published at Family Research Council - reposted with permission