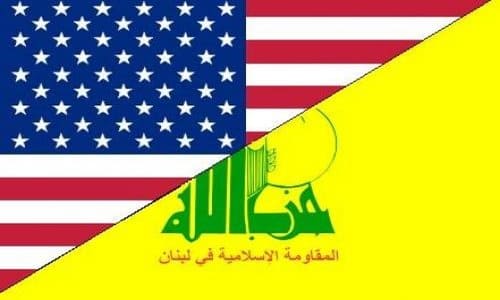 By Abha Shankar/Algemeiner.com January 13, 2020
Share this article:
An Investigative Project on Terrorism report on criminal prosecutions of Iranian operatives and those of its Lebanese proxy Hezbollah shows there are countless supporters of Iran and Hezbollah living in the United States.
Most cases involve financial and other forms of material support. But talk of "sleeper cells" has been around for years, and at least one operative told law enforcement that Iran could activate them to carry out attacks in "certain scenarios."
They tried it at least once.
A senior officer from Iran's deadly Quds Force participated in a plot to kill Saudi Arabia's ambassador to Washington. Meanwhile, senior members of Hezbollah's Islamic Jihad Organization (IJO) have been prosecuted for scouting potential targets for attack in the United States.

These plots were crafted while arch-terrorist Soleimani led the Quds Force. Soleimani was the mastermind behind Iran's global terror operations that included last month's rocket attack on an Iraqi military base that killed an American civilian contractor and injured several US military service members, and the New Year's Eve attack on the US embassy in Baghdad.
"General Soleimani was actively developing plans to attack American diplomats and service members in Iraq and throughout the region," the Department of Defense said after the drone strike. The agency held Soleimani and the Quds Force "responsible for the deaths of hundreds of American and coalition service members and the wounding of thousands more."
Last April, the Trump administration designated Iran's Revolutionary Guard Corps (IRGC), including its Quds Force, as a Foreign Terrorist Organization (FTO).
"The IRGC FTO designation highlights that Iran is an outlaw regime that uses terrorism as a key tool of statecraft and that the IRGC, part of Iran's official military, has engaged in terrorist activity or terrorism since its inception 40 years ago," said a State Department fact sheet announcing the designation.
Under Soleimani's leadership, the Quds Force trained Iraqi terrorists to make powerful roadside bombs to kill American troops after the 2003 invasion. Also under his watch, the IRGC and Quds Force exploited the turmoil in the wake of the Arab Spring revolts to advance Iranian imperialism in the Middle East and beyond. This included recruiting hundreds and thousands of Shias from Iraq, Afghanistan, Pakistan, and other places to prop up Syrian dictator Bashar al-Assad's murderous regime.
Soleimani was also the brains behind the establishment of terrorist networks in the Golan Heights, using Hezbollah, Druze, and Palestinian Islamic Jihad (PIJ) operatives to target Israel. Under his command, Shiite militia operatives fired rockets toward Israel, and the IRGC and Hezbollah launched terror attacks against Jewish targets in Azerbaijan, Bulgaria, Thailand, Georgia, and Kenya.
In addition to killing Americans and destroying hundreds of thousands of lives in Syria, Iraq, Lebanon, Yemen, Israel, and Gaza, Soleimani has also been responsible for the deaths of Iranians, including during the recent brutal crackdown on Iranian protesters.

Even as America's overseas assets are more likely targets for Iran, the US homeland remains vulnerable. A senior Quds official, Ali Gholam Shakuri, was indicted in 2011 for his involvement in the plot to kill the Saudi ambassador to the US. Texas car salesman Manssor Arbabsiar, who was arrested in connection with the plot, told law enforcement agents that "he was recruited, funded, and directed by men he understood to be senior officials in Iran's [Quds] Force."
According to the complaint, IRGC officials believed they were dealing with a "sophisticated and violent" Mexican drug cartel to carry out the hit on the ambassador. A $100,000 down payment on the hit shows the Iranians were comfortable dealing with the cartel representative, who was, in fact, a Drug Enforcement Administration (DEA) informant.
While the complaint does not name the Los Zetas, it describes the cartel the Iranians thought that they were dealing with as having "engaged in numerous acts of violence, including assassinations and murders."
A leaked September 2010 Tucson Police Department internal memo talked of growing ties between Hezbollah operatives and Mexican drug traffickers. There was an increasing use of improvised explosive devices and car bombs by Mexican drug trafficking organizations that suggest a growing collusion with Hezbollah militant groups, which specialize in such explosive devices, the report noted.
Additionally, agents of the Islamic Republic in Hezbollah have an established presence in the United States.
A 1997 FBI report, declassified in 2008 and obtained by the Investigative Project on Terrorism through the Freedom of Information Act (FOIA), said that Hezbollah members in the US "raised and collected hundreds of thousands of dollars which were sent to support Hizballah activities in Lebanon."
Foreign intelligence surveillance wiretaps from that period show those members "receive directions for their terrorist activities in the United States from leaders of Hezbollah who reside outside of the United States."
A ranking Hezbollah operative in the United States serves as a "direct communications link between Hezbollah leadership in Lebanon and Hezbollah members in the United States and he collects funds for Hezbollah headquarters in Lebanon," the memo said. The funds are used to support the group's terrorist activities.
While high-level Hezbollah operatives conduct complex, interstate criminal enterprises to bankroll the group's international terror activities, senior members from the Shiite extremist group have been prosecuted for plotting attacks in the United States. These prosecutions are detailed in the the Investigative Project on Terrorism report that provides links to the actual court documents.
The prosecutions show how Hezbollah operatives have engaged in drug running, human smuggling, money laundering, racketeering, and tax evasion to raise funds for the terrorist group. The report also includes prosecutions of Iranians who have engaged in espionage or conspiracy to evade US sanctions against Iran.
In September, a Hezbollah operative living in Morristown, NJ was indicted for conducting surveillance of targets to help the terrorist group prepare for future attacks. Alexei Saab, also known as Ali Hassan Saab, joined Hezbollah in 1996 and subsequently became a member of the Islamic Jihad Organization (IJO), Hezbollah's overseas unit tasked with plotting attacks outside of Lebanon. He became a naturalized US citizen after lying on his immigration documents that he had never been "a member of or in any way associated with ... a terrorist organization."
While here, Saab scouted several prominent New York City targets, including the United Nations headquarters, the Statue of Liberty, Rockefeller Center, Times Square, the Empire State Building, and local airports, tunnels, and bridges. Saab carried out operations for the IJO, including the attempted murder of a man he suspected was an Israeli spy. He also conducted intelligence-gathering for Hezbollah in Turkey.
In December, Hezbollah operative Ali Kourani was sentenced to 40 years in prison for carrying out covert activities for the IJO. Kourani scouted out possible weapons suppliers, identified people affiliated with the Israel Defense Forces, and gathered intelligence on JFK International Airport along with Federal buildings and military and law enforcement facilities in New York City.

Kourani had attended a Hezbollah weapons program in Lebanon prior to entering the United States lawfully in 2003. He was recruited to the IJO in 2008, a year before he became an American citizen. Soon after his naturalization, Kourani traveled to Guangzhou, China, to locate potential suppliers of the explosive chemical ammonium nitrate for the IJO.
Samer El Debek of Dearborn, Michigan was arrested along with Kourani in 2017. El Debek received military training from Hezbollah in Lebanon from 2008 through 2014, including extensive training as a bomb maker. A naturalized US citizen, El Debek carried out missions for Hezbollah in Thailand and Panama.
In Bangkok, he was tasked with cleaning up explosive materials in a house vacated by Hezbollah operatives who had to leave because they were under surveillance. During a 2011 Panama visit, El Debek surveilled the US and Israeli embassies, checked out the security detail at the Panama Canal and the Israeli Embassy, and located hardware stores where explosive materials could be purchased.
In November, Ahmadreza Mohammadi-Doostdar, a dual US-Iranian citizen, and Majid Ghorbani, an Iranian citizen living in California, pleaded guilty to conducting surveillance on US nationals who were members of the Mujahedin-e-Khaliq (MEK), an Iranian revolutionary group that seeks the overthrow of Iran's clerical regime. In his plea, Doostdaar confessed that he traveled three times to the US from Iran to meet Ghorbani and communicate directions from the Iranian government that included photographs and hand-written notes identifying MEK leaders.
In February, a former US service member and counterintelligence agent was indicted for sharing national defense secrets with the Iranian government. Monica Elfriede Witt, who defected to the Islamic Republic in 2013 and is at large, helped the IRGC target her former colleagues in the US intelligence community. Iranian nationals recruited by the IRGC tried to use fake social media accounts to install malware that would provide them covert access to the computer networks of Witt's former colleagues.
There have been cases of operatives entering the United States through the Mexican border, given the growing influence of Iran and Hezbollah in Latin America. According to the 9/11 Commission Staff Report on Terrorist Travel, Salim Boughader-Mucharrafille, a Mexican of Lebanese descent who owned a café in Tijuana, smuggled "Lebanese nationals sympathetic to Hamas and Hezbollah into the United States" from Mexico. Trained Hezbollah fighter Mahmoud Youssef Kourani surreptitiously entered the US through the Mexican border in early 2001 in the trunk of a car.
These and other prosecutions reveal a long and active presence of Iranian and Hezbollah operatives in the United States. Although Iran or Hezbollah operatives have yet to conduct a major attack on US soil, it would be imprudent to overlook their potential to strike key targets in the country.
Originally published at Algemeiner.com - reposted with permission.