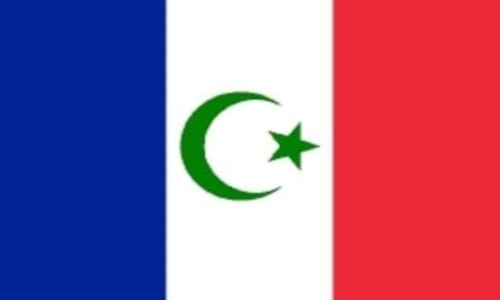 By Giulio Meotti/Gatestone Institute January 13, 2020
Share this article:
"Five years after the killings at Charlie Hebdo and Hyper Cacher, France has learned to live with the Islamist threat," wrote Yves Thréard, deputy editor at the daily newspaper Le Figaro.
"Not a month goes by... without a murderous attack with the cry of 'Allahu Akbar' taking place on our soil.... But what is the point of fighting the effects of Islamism if we do not tackle the origins of this ideology of death? On that front, however, denial continues to compete with naiveté. Nothing has changed in the last five years. On the contrary.
"In the name of diversity, non-discrimination and human rights, France has accepted a number of blows to its culture and history... Islamists are a hot-button issue. They continue the fight which, even without weapons, has all the allure of a war of civilizations. Is the famous 'Charlie spirit', which some people thought was blowing after the January 2015 attacks, just an illusion?"

France has been marking the fifth anniversary of the deadly jihadist attack on the satirical magazine Charlie Hebdo, which took place on January 7, 2015. Last month, French Senator Nathalie Goulet warned that more attacks were likely. "In France we have a serious problem and we need to do more to prevent extremists from acting. As it stands, there will be more attacks," said Goulet said.
There are believed to be 12,000 radical Islamists on France's terror watch-list, "however only a dozen are thought to be under 24-hour surveillance."
This week was marked by yet a new string of Islamist terror attacks: police injured a knife-wielding man on a street in the northeastern city of Metz, two days after a suspected Islamist radical in the Paris suburb of Villejuif stabbed a man to death, an act that prosecutors are treating as a terror attack. In both incidents, the assailants shouted "Allahu Akbar." This type of attack was dubbed "ordinary jihad" in a Le Figaro editorial this week.
On January 7, 2015, the cartoonists and journalists Cabu, Charb, Honoré, Tignous and Wolinski, the psychoanalyst Elsa Cayat, the economist Bernard Maris and the policeman Franck Brinsolaro fell under the bullets of the jihadist brothers Chérif and Saïd Kouachi. Charlie Hebdo's 2020 anniversary issue commemorated the massacre and slammed the "new gurus of monolithic thinking" who are trying to impose politically correct censorship.
The outburst of indignation of the French people, gathered in Paris for a massive demonstration on January 11, 2015, was not enough to awaken the spirit of resistance of the French leaders and elites against Islamism and its collaborators. "The seriousness of the Islamist political fact in France is strongly underestimated", says the lawyer Thibault de Montbrial, president France's Center for Internal Security Studies.

In a country that used to stand for freedom of expression, self-censorship is soaring. "For the humorists in France, it's always easy to make fun of the Pope and the Catholics, it's always easy to make fun of Jews, it's always easy to make fun of Protestants," confesses a long-time Charlie Hebdo columnist, Patrick Pelloux. For Islam, it is not easy. "We feel that this religion is scary. The word Islam is scary, and on that, the terrorists have won." Submission is winning.
While French prisons have become a breeding ground for jihadists, the Islamization of the cities' suburbs, the banlieues, is proceeding full tilt. The weekly Le Point recently devoted a cover story to the "territories conquered by the Islamists." In many of these areas, violence rages; 1,500 cars were torched there on New Year's Eve.
In recently published book, "Les territoires conquis de l'islamisme" ("The Territories Conquered by Islamism"), by Bernard Rougier, a professor at the University Sorbonne-Nouvelle and director of the Center for Arab and Oriental Studies, he explains that Islamism is an "hegemonic project", splintering working-class neighborhoods. These "ecosystems", he states, work on a "logic of rupture" of the French society, its values and institutions, and are built on mosques, bookstores, sport clubs and halal restaurants.
Hugo Micheron, a researcher at the Ecole Normale Supérieure, suggested that jihadists are comfortable in "territorial and community isolation". "Today," said the president of the Ministry of Education's Conseil supérieur des programmes, Souâd Ayada, "the visibility of Islam in France is saturated by the veil and the jihad".
While Islamist preachers and recruiters are out on the streets, seeking out the weak minds that will form the first line of their holy war, political Islam also forms electoral lists in France's suburbs. French President Emmanuel Macron opposed banning these political groups. "France is a budding Islamic republic," noted the Algerian novelist Boualem Sansal. In those "territories", he said, live many of the terrorists who attack France, from the Kouachi brothers of Charlie Hebdo to the jihadists who murdered scores of people at the Bataclan Theater.
Two populations who live "side by side" would soon find themselves "face to face", said Gérard Collomb, a former Minister of the Interior. He was right. Islamists are also housed inside public institutions.
Islamists have, in addition, recruited dozens of French soldiers and ex-servicemen who have converted to Islam. Many have come from commando units with expertise in handling weapons and explosives. France is turning into a "society of vigilance" in its fight against the "Hydra" of Islamist militancy, as Macron said.

In the five years since the massacre at Charlie Hebdo, which targeted freedom of expression, Islamists have been able to commit atrocities against targets such as a priest in a Catholic Church in Rouen; a national secular holiday (the Bastille Day attack in Nice); Jewish communities (from Paris to Toulouse), and ordinary people.
Last October, an Islamist struck in one of France's most secure buildings: the monumental Paris Police headquarters near Notre Dame cathedral, where he murdered four of his colleagues. "This is a major turning point in Islamist terrorism", said Gilles Kepel, an expert on Middle East and jihadism.
"It is hard to believe that the police on which we rely to protect us and which is supposed to be our last rampart against terrorism, can itself be the victim of terrorism, with throats slit in the holy of holies of the Police Prefecture".
In the wake of the attack, seven police officers, "suspected of radicalization," had their guns confiscated.
"I have the impression that our immune defenses have collapsed and that Islamism is winning", says the French writer Pascal Bruckner.
"Its main demands have been met: nobody dares to publish caricatures of Mohammed anymore. Self-censorship prevails.... Hate is directed against those who resist obscuring information rather than against those who obscure it. Not to mention the psychiatrization of terrorism, in order better to exonerate Islam. If we had been told in the early 2000s that in 2020, around 20 French cartoonists and intellectuals would be under police protection, no one would have believed it. The threshold of servitude has increased."
Five years after the terrorist murders at Charlie Hebdo, free speech is less free in France. "No one today would publish the cartoons of Muhammad", said Philippe Val, the former editor of Charlie Hebdo, recently.
"For the past five years, I've been going to the police station every month or so to file a complaint about death threats, not insults, death threats", says Marika Bret, a journalist at Charlie Hebdo today.
In Paris, five years after the murders at Charlie Hebdo, there was a big march to protest not terrorism, but "Islamophobia". "Voltaire fades before Muhammad, and the Enlightenment before the Submission", wrote the author Éric Zemmour. And Qatar still freely finances the construction of French mosques.
In 2017, two years after Jews were murdered in a terrorist attack at a kosher supermarket in Paris, a Jewish woman, Sarah Halimi, was tortured and murdered in her Paris apartment by her neighbor, Kobili Traoré, who was yelling "Allahu Akbar."
A court of appeals recently ruled that Traoré, because he had smoked cannabis, was "not criminally responsible" for his actions. As France's Chief Rabbi Haim Korsia said, it is a "license to kill Jews".
"Anti-Semitism today is so blatant that it would be difficult to hide it without falling into ridicule," said the historian Georges Bensoussan. "What is taboo is the anti-Semites" -- meaning that today, in France, it is taboo to say that Islamism is the most important source of anti-Semitism.
One week after the terror attack on Charlie Hebdo, in which nine of its staff members were killed and another four wounded, the magazine published a cover depicting the Prophet of Islam with a tear on his cheek, and saying: "Tout est Pardonné" ("All is forgiven") .
Five years later, all actually does seem to have been forgiven. Then, many proudly said, "I am Charlie". Most proved they were not.
Originally published at Gatestone Institute - reposted with permission.