The Politics Of Appeasement - The 'National Security' Excuse 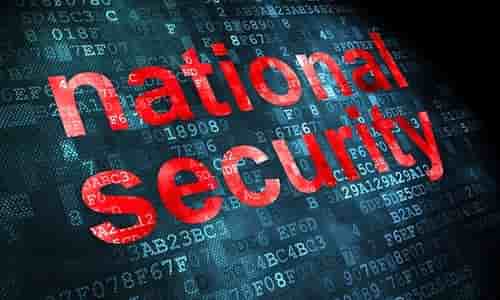 By Stephen M. Flatow/JNS.org June 01, 2016
Share this article:
Ever wonder why it is that Congress passes so many strongly pro-Israel bills, yet they never seem to be implemented?

For example, a bill was passed to move the Embassy of the United States in Israel to Jerusalembut the embassy was never moved. Legislation was passed to restrict U.S. aid to the Palestinian Authority (PA)but it was never restricted.
Now a bill has been passed to permit families of 9/11 victims to sue Saudi Arabiabut in fact, it will actually block such lawsuits.
What all three of these laws have in common is a deceptive little tactic called a national security waiver.
The Jerusalem Embassy Relocation Act was passed by Congress way back in 1995. Its author was Sen. Bob Dole. The bill required the president to move the American embassy in Israel from Tel Aviv to Jerusalem. Yet here we are, 21 years later, and its still in Tel Aviv.
The reason is because the Bill Clinton administration strongly opposed the bill. The White House demanded that a clause be added to permit the president to waive the embassy relocation requirement if he determined that moving the embassy would endanger Americas national security.
How would it harm national security? Well, it might anger the Arab world, so apparently that constitutes a danger to our security.
Major pro-Israel organizations were afraid of clashing with Clinton, so they urged Dole to add the national security waiver. He did so. And every six months since 1995, the president has issued a statement invoking the waiver.
Maybe Clinton would have vetoed the Embassy Relocation Act if it had no such waiver. And maybe Congressional supporters of the legislation would not have had enough votes to override the veto.
But it would have been better to have no such bill, than to have this fraud, in which the pro-Israel community pretends that it achieved some kind of victory, when in fact it suffered a total defeat.
Something very similar happened with the Middle East Peace Facilitation Act (MEPFA), which was first enacted following the 1993 Oslo Accords, in order to authorize U.S. government funding to the PA.
Some Zionist organizations lobbied to include a clause making the aid conditional on the PAs compliance with the provisions of the Oslo agreement. Sen. Arlen Specter added that clause. But then the Clinton administration demanded the addition of language to neuter Specters amendment.

Once again, pro-Israel organizations went along with the administrations demand. And so Specter consented to adding a stipulation that if the president certifies that the PA is compliance, the aid goes through.
So every six months, the president lies: He claims the PA is in compliance, even though it has consistently violated every major provision of the accords (such as incitement, sheltering terrorists, and refusing to extradite fugitive terroriststo cite just three of the most glaring examples).
Claiming that MEPFA increased restrictions on the aid or held [Yasser] Arafats feet to the fire might sound good in a fund-raising appeal. But such bragging masks the sad reality that aid to the PA continues to flow, and American Jewish organizations have not stopped it.
Maybe Clinton would have vetoed MEPFA without the certification clause. And maybe Congress would not have been able to override it. But having no bill would have been better than pretending that something was actually done to restrict U.S. aid to the PA.
And now here we go again. The Senate recently passed legislation that would enable families of 9/11 victims to sue the government of Saudi Arabia if it is found that the Saudis helped sponsor the attack. The Obama administration, trying to shield the Saudis from lawsuits, opposes the bill.
So this week, Sen. Charles Schumer (D-N.Y.) quietly inserted an amendment that allows the secretary of state to block any lawsuit arising from the bill if the administration deems the suit harmful to national security. You can be sure that the secretary of state will invoke that clause at every opportunity.
The national security excuse was used to block the moving of the U.S. embassy in Israel, because it would anger the Arabs. It was used to block restrictions on aid to the PA, because it would anger the Arabs. And now it will be used to block lawsuits that might anger the Arabs.
How long will justice be held captive to such policies of timidity and appeasement?
Originally published at JNS.org - reposted with permission.