Is The Mideast Heading For An Energy War? 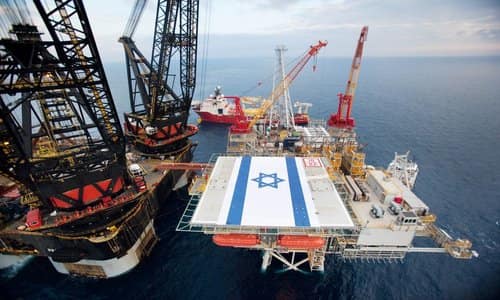 By Eyal Zisser/JNS.org January 17, 2020
Share this article:
It looks like the next war in the Middle East won't be over water, but over gas--control of the region's natural gas resources and ways of supplying it to Europe.
Water has always been a catalyst in the Middle East, and still is. The importance of water has increased because of global warming, years of drought and population growth. The Arab Spring in Syria erupted because of economic distress in rural areas that was the result of drought.
But now it seems as if gas has replaced water as the main source of regional tensions. The discovery of immense offshore natural gas reserves in the Mediterranean sparked hopes for huge profits, which could improve the economies of all the countries in the region.

Theoretically, inter-governmental cooperation could allow all these nations to profit from the natural gas discoveries, but in these parts, emotion overtakes reason.
One of the reasons swords are being polished is that the reserves are mostly located under the Mediterranean Sea, an area that has never been demarcated to the satisfaction of the countries that border it.
The government of Lebanon, for example--apparently under pressure from Hezbollah--is claiming ownership of some of the gas deposits that lie on its maritime border with Israel, thereby stalling production at the deposits that lie squarely within Lebanese territory and are not disputed.
It is Turkey under President Recep Tayyip Erdoğan, however, that now poses the main threat to regional stability, and the steps it is taking could drag the entire region into a conflict. In 1974, Turkey occupied Northern Cyprus, and since then has treated the northern part of that island as sovereign Turkish territory.
In Turkey's eyes, this allows it to claim ownership of some of Cyprus' territorial waters and hold up attempts to drill for or produce gas there.

Now Erdoğan is reaching out in the direction of Libya. He took advantage of the civil war there and in exchange for promises to aid the government in Tripoli signed the Libyans on an agreement that gave Turkey economic control of the entire maritime region between Libya and Turkey. This allows Ankara to prevent Israel, Cyprus and Greece from laying a pipeline that would enable them to export gas to Europe.
The Turks want that pipeline to pass through their territory, but then shut down talks with Israel for political reasons. Israel despaired of reaching any deal with Turkey. Cyprus and Greece are already facing off against Turkey on that issue, and they are being joined by Egypt, which sees Erdoğan as an Islamist and an enemy.
Now Cairo has announced that it will not accept the Turkish military presence in Libya, which is in its backyard, and will not allow Turkey to act on its territorial claims in the Mediterranean Sea.
A combination of ego, politics and the prospect of billions of dollars is now cranking up the tension in our neighborhood, and it could turn into a military conflict, with clear ramifications for Israel.
Originally published at JNS.org - reposted with permission.