End Of Privacy: New App Reveals Your Name, Info With Snap Of A Photo 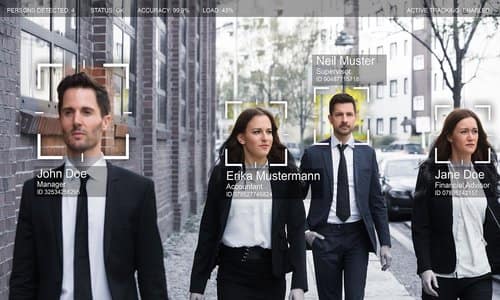 By Mac Slavo/ActivistPost.com January 21, 2020
Share this article:
An app called Clearview allows the user to snap a photo of anyone.  Once that's done, the person who took your picture will have access to all of your information.  Privacy is now all but obsolete.
People will not, for much longer, be able to walk down the street minding their own business anonymously.  According to a report by The New York  Times, it won't be long before anyone at any time knows exactly who you are while you're in public.
What if a stranger could snap your picture on the sidewalk then use an app to quickly discover your name, address and other details? A startup called Clearview AI has made that possible. The police state is already using this technology in some parts of the "land of the free."

The app is currently being used by hundreds of law enforcement agencies in the United States, including the deep state FBI, says a Saturday report in The New York Times.
Our Orwellian future has arrived.  We are to be tracked, monitored, spied on, and have no privacy whatsoever at any time. And now, other strangers will have access to your private information is you dare to show your face in public.
According to the Times, this human rights violating app works by comparing a photo snapped to a database of more than 3 billion pictures that Clearview says it's scraped off Facebook, Venmo, YouTube and other sites.
It then serves up matches, along with links to the sites where those database photos originally appeared. A name might easily be unearthed, and from there, other info could be dug up online.
The size of the Clearview database dwarfs others in use by law enforcement. The FBI's own database, which taps passport and driver's license photos, is one of the largest, with over 641 million images of US citizens.
The Clearview app isn't currently available to the public, but the Times says police officers and Clearview investors think it will be in the future. -CNET

Even though law enforcement says they've used the app's technology to solve horrible crimes, human rights advocates warn that the privacy violations are going to be immense.
Privacy advocates are warning that the app could return false matches to police and that it could also be used by stalkers and other creeps. They've also warned that facial recognition technologies, in general, could be used to conduct mass surveillance.
Most facial recognition technology is already used for Orwellian and tyrannical purposes by the powers that shouldn't be.  It should come as no surprise that this will also be used by the ruling class to eliminate basic human rights.
Originally published at Activist Post - reposted with permission.