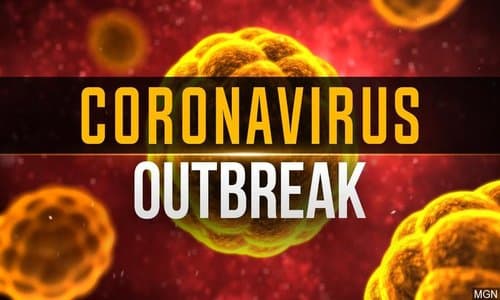 By Michael Snyder/End of the American Dream January 22, 2020
Share this article:
Article Update:
"The United States has confirmed it's first case of the virus - the patient is in isolation at Providence Regional Medical Center in Everett, Washington. He is in his 30s and lives in Snohomish County, Washington, just north of Seattle. He arrived at Seattle-Tacoma International Airport on January 15, before any health screenings for the Wuhan coronavirus began at US airports".  Cases have also now been confirmed in Thailand, Japan, South Korea and Taiwan.  Australia and the Philippines are also investigating potential cases.
The dangerous outbreak of a virus in China has global health officials extremely concerned.
On Wednesday, the World Health Organization will convene an emergency meeting to discuss whether this outbreak should be "declared a global health crisis", and screeners are being put in place at airports all over the world.
But to a certain extent it may already be too late, because we know that this virus has already spread via airplane to at least three other countries.  And since the early symptoms of this disease are so similar to what one would expect after coming down with a common cold, there could potentially be countless numbers of victims that have not even gone to the hospital because they don't think that anything is seriously wrong.

Health officials in China are telling us that this is a "new strain of coronavirus", and they believe that it probably originated at a seafood market in Wuhan.. with many giving it the name the "Wuhan Coronavirus"
When the outbreak first started, they told us that it was not likely that there would be widespread human-to-human transmission.
But then later they were forced to admit that it was likely that human-to-human transmission was happening on a limited basis, and now they have finally been forced to admit that this virus can pass from person to person quite easily.
On January 17th, it was being reported that there were only 48 people that had caught this virus, but over the weekend the number of official cases suddenly tripled...
The number of people infected with a new virus in China tripled over the weekend, with the outbreak spreading from Wuhan to other major cities.
There are now more than 200 cases, mostly in Wuhan, though the respiratory illness has also been detected in Beijing, Shanghai and Shenzhen.
As I write this article, the latest official count I can find is 222 victims, and that means that the number of cases has actually more than quadrupled since January 17th.
But by the time many of you read this article, that number is likely to be even higher.
An 89-year-old man has become the fourth victim to die from this virus, but many more are currently in critical condition, and it has become quite clear that this bug can be very deadly for humans.
Originally, Chinese officials were hoping to keep this virus mostly confined to Wuhan and the surrounding areas, but now cases have been popping up in other major Chinese cities...
Five people in Beijing and 14 in Guangdong have been diagnosed with the coronavirus, CCTV reported Monday evening. A total of seven suspected cases have been found in other parts of the country, including in Sichuan and Yunnan provinces in the southwest and in Shanghai.
Now that this disease has spread so widely, it is going to be much more difficult to get it under control.

At this point, Chinese officials are urging citizens to wear masks to help prevent the virus from spreading, and they are publicly confirming that human-to-human transmission is taking place...
Professor Zhong Nanshan, a renowned scientist at China's National Health Commission, said human-to-human transmission is 'affirmative', in a press conference.
'Currently, it can be said it is affirmative that there is the phenomenon of human-to-human transmission,' he said, according to state broadcaster CCTV.
One of the things that forced their hand is the fact that 14 different medical workers caught the disease while treating patients.
If this virus did not spread easily between people, that would not have happened.
There is also a tremendous amount of concern about how easily this virus can be transported via airplane.
Prior to Monday, we already knew about incidents where infected people flew from China to Japan and Thailand, and now South Korea has reported their first case...
South Korea on Monday reported its first confirmed case of the China coronavirus, fuelling concerns that the pneumonia-like illness could be spreading across Asia.
A 35-year-old woman trying to enter the country from Wuhan, China, where the virus is thought to have originated, tested positive after being screened for symptoms at Incheon International Airport on Sunday.
We still don't know if this is going to develop into a very serious global crisis or not, but things are definitely looking more ominous than they did just a few days ago.
Early symptoms of the disease include congestion, fever, coughing, shortness of breath and breathing difficulties.  But like I said before, many victims could simply assume that they have a common cold.  And before they realize that something really serious is happening to them, they could potentially expose the virus to countless others.
In China, this is truly a disastrous time to have a public health emergency, because Lunar New Year celebrations are coming up.  The Chinese New Year is on January 25th, and it is being reported that "more than 400 million people are expected to travel domestically and internationally" during the coming days.
In other words, the number of people that will be traveling for this holiday is greater than the entire population of the United States.
And in that sort of an environment, diseases can be spread like wildfire.
Here in the United States, it has been announced that airport officials will "begin screening passengers" as they arrive from the city of Wuhan...
Federal health officials said on Friday that they would begin screening passengers arriving at three US airports from Wuhan, China, for signs of infection from a mysterious and potentially deadly new virus.
The Centers for Disease Control and Prevention (CDC) said it would deploy about 100 staff members to San Francisco International Airport, Los Angeles International Airport, and John F. Kennedy International Airport in New York City to help screen incoming passengers.
That is a good first step, but could it be possible that infected passengers have already arrived?
And since this virus has already spread to other Chinese cities, shouldn't all passengers arriving from China be screened?
I understand that would be a dramatic step to take, but it has become clear that this virus is quite deadly, and it has also become clear that it can spread from person to person very easily.
Over in Asia, dramatic steps are already being taken including medics in hazmat suits screen Air China plane passengers.
Hopefully this crisis will fade soon, but scientists have warned us that it is just a matter of time before the next great pandemic breaks out, and without a doubt we are highly vulnerable.
In particular, the very young, the very old and those with compromised immune systems would be at the highest risk if this virus started spreading rapidly here in North America.
Let's hope that it doesn't come to that.  Global health authorities are going to be doing all that they can to get this virus under control, and other health scares in the past have turned out to be mostly hype.
But if cases of this new virus continue to grow at an exponential rate, the death toll will quickly become quite alarming, and there will be a tremendous amount of panic all over the globe.
Originally published at End Of The American Dream - reposted with permission.