Europe On Terror Alert For Potential Attacks This Summer 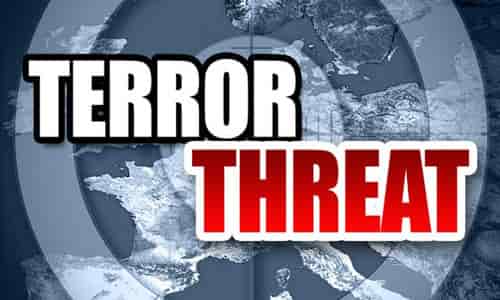 By PNW Staff June 02, 2016
Share this article:
The State Department on Tuesday warned Americans traveling to Europe about the risk of terror attacks over the summer.

"The large number of tourists visiting Europe in the summer months will present greater targets for terrorists planning attacks in public locations, especially at large events," the State Department said in a travel advisory.
The prospect of people gathering in public places, putting their daily worries and concerns aside and letting down their guard, creates an opportunity for groups such as ISIS to cause a lot more damage in a single attack than a terrorist might create at any other time of the year.
The newest intelligence suggests several targets are of particular risk including: the Catholic Church's World Youth Day in late July in Poland and the European Soccer Championship, which France will host from June 10-July 10 at various venues around the country.
France is already under a state of emergency following last year's ISIS-claimed attacks in Paris. The same cell that carried out those attacks in Paris and Brussels had planned to attack the Euro 2016 championships in France, according to reported confessions from ISIS suspect Mohamed Abrini.
Security is tightening around the event, with police and other security and emergency response professionals conducting intensive safety drills to ensure that, should an attempt be made during the Euro 2016, Europe will be ready to manage it.
However, it is difficult to ever fully prepare for what terrorists might have in mind.  A chilling warning from Manuel Navarrete Paniagua, Head of the European Counter Terrorism Center at Europol was given to members of the European Parliament this week that terror cells across Europe are currently "stockpiling explosives" in anticipation of carrying out attacks this summer.
Before this terror alert was issued several warnings had already been given about the potential vulnerability of European beach resorts.  ISIS has already launched successful attacks on beach resorts in Tunisia and the Ivory Coast.
Spain alone sees over twelve million visitors from around the rest of Europe in the Summer, heading to the country for its beautiful beaches along the Spanish coast. This number may be even higher this year, with many holiday visitors choosing Spain as an alternative to Egypt, France and Tunisia, in the wake of terrorist attacks taking place in those countries.
The Madrid Ministry of the Interior recently arrested a 26-year-old man with suspected ties to the Islamic State in Syria, claiming that he had been using forums on the internet to recruit new members for the group.

The man reportedly advocated attacks from his home in Palma, encouraging his followers to commit acts of terror in Spain and throughout other European countries.
Islamic State fighters have even released videos promising to attack Spain, and though Spain's history with terrorism may not be as present on the public's mind as that of France or Egypt, Spain has had to deal with extremism in the past, including threats from ETA and the Basque Separatists and Al Qaeda, and the Madrid bombings.
Spain is regarded as an 'easy entry' for terrorists, as the country attracts migrants from places like Senegal to sell their goods.
The police in Spain are concerned that the shipping routes between Italy, Spain and Senegal are effectively an open door for terrorists looking to sneak into the country to attack the beaches and public events throughout the Summer.
Will Geddes, the head of International Corporate Protection, a global security firm, reminded European vacationers that "no place is one hundred percent safe" in 2016. Terrorism is no longer something that happens "over there," to other people. Terrorism is a clear and present danger in every nation on Earth.
This news shouldn't discourage Europeans from taking a holiday where they please, it should only serve as a reminder that there are no countries left on the face of the planet where you can be completely certain that you will be safe from a terrorist attack.