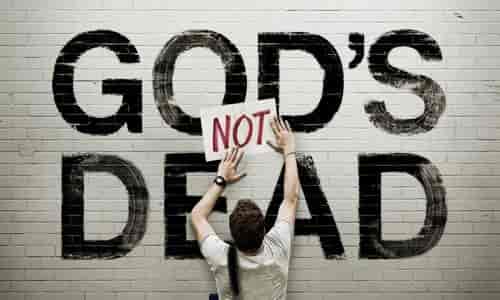 By Tom Olago June 03, 2016
Share this article:
What makes a movie truly Christian? What types of faith-based movies appeal the most to Christians and the broader category of 'faith audiences'?

This, In effect, is accomplished by injecting a mix of truth, controversy and error to the original Biblical script, as was the case with the movie Noah released early 2014.
As Ann Hornaday for the Washington Post recently reported, these may not be "Christian movies" in the post-"Passion (of the Christ)" sense of being produced and advertised for a particular market, but "Christian movies for the rest of us" are becoming a niche in their own right.
Andrea Lapin for npr.org holds a similar view. Lapin states: "Some of the best films about Christianity don't treat the Gospel as, well, gospel. The filmmakers don't view the act of movie-going as a pilgrimage only for the devout to undertake, nor do they allow theological rigor (an expectation that Biblical entertainment must adhere as closely as possible to the source material) to overtake the more necessary task of telling an engaging narrative.
If a filmmaker can treat Jesus as a fully realized character rather than a deity, and the story as something cinematic instead of a Sunday school class, then the result can have meaning for an audience beyond Christians by addressing itself to more universal struggles".
Although Lapin heaps praise on Last Days in the Desert, he goes on to admit that: "Throughout the film, we never see any sign that God is listening, that Jesus' path is indeed righteous, or that Satan is anything but a hallucination brought on by the heat and lack of nourishment. There are no easy answers in the desert".
In this movie, Ewan McGregor excels in a dual role as both Jesus and the Devil. Further, Satan is characterized as "...not a purely malevolent (evil) force, but an inquiring sort, asking the questions about God and the unknowable that give Jesus pause..."
Such views as Lapin and Hornaday hold regarding such heretical movie concepts would certainly not be entertained by believers who choose to hold firmly to the standards of Biblical teaching and records.
Little wonder that movies of this genre, such as Martin Scorsese's 1988 release titled The Last Temptation of Christ carried blasphemous and grossly un-Biblical depictions of Christ - and were roundly condemned by Christian fundamentalists.
Theodore "Ted" Baehr, J.D., is chairman of the Christian Film & Television Commission and publisher of MovieGuide (MovieGuide.org), a family guide to entertainment. Dr. Baehr, in a recent report for the Washington Times, weighed in on the topic of why Christian and faith-based movies have gained so much popularity - and so rapidly -  over the past several years.
In Baehr's words:  "...this increased move toward faith and values (and even toward moral principles in blockbusters like "The Jungle Book," "Furious 7" and "Batman v. Superman: Dawn of Justice") isn't just the result of one or two successful movies. Nor is it the result of more evangelical filmmakers in Hollywood. It's the result of 20 years of promoting the Annual MovieGuide Report to the Entertainment Industry, which shows how to make more money at the box office.
The work of the filmmaker can be enhanced by faith and moral business practices in varied ways. Thus, you don't have to make a Biblical epic to make a successful movie with faith and values. You can insert a positive character with faith and values into your story.
Or, you can insert positive references to Biblical places, Biblical characters and Biblical principles, such as "Love thy neighbor," into your story. Or, you can insert some Christian Biblical metaphors into the movie, such as symbolic representations of the life, death and Resurrection of Jesus Christ.
Numerous filmmakers have told us personally how taking our advice and turning from making movies without faith and values to making movies with faith and values has brought meaning, purpose, dignity and many blessings to their own lives and the lives of their families.
Thus, even the work of making entertaining movies for a mass audience can be a great benefit, not only with regard to financial prosperity but also to one's personal growth and fulfillment -- especially when you apply Biblical principles of faith and values to your endeavors..."
Based on the views sampled, the film industry seems essentially to favor two main tactics to enhance the 'crossover' appeal of Christian and Faith-Based movies: either twist the original Biblical narrative with personal (and often subtly anti-Christian) conjecture or infuse Christian values into a secular movie narrative.
As much as both approaches keep the film industries' cash registers ringing incessantly, the mixture is likely to pollute or at the very least confuse the Gospel messages, values, and themes that Bible-based movies should be intended as 'good, clean, family entertainment'.