Conservative In Name Only? Lawmakers Give In To The Trans Agenda 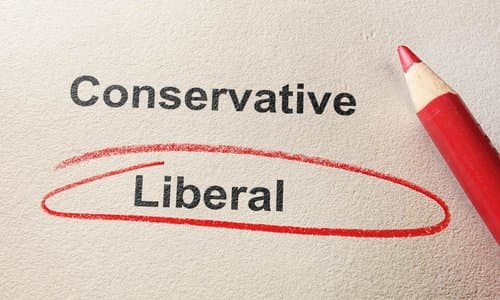 By Tony Perkins/Family Research Council February 13, 2020
Share this article:
"I've been all the way down that path. And I've come back to warn others." --Walt Heyer, Survivor
Not everybody gets a second chance at life. When Walt did, he only wanted to do one thing: free others. He traced back the painful parts of his life -- the surgeries, the hurt, anger, and abuse, and started writing. In a world where activists are fighting to castrate and mutilate children, he realized that staying quiet was no longer an option.
He went public, pleading with society to understand the harm in gender change, "not because I was a psychiatrist, college professor, or some extraordinarily brilliant guy," he admits, "but because of living it."

His story is agonizing. He knows what it's like to look in the mirror with the horror and regret so many victims feel now. Walt lived eight years as a woman, trying "my best to make it work, but after surgery. I still had gender dysphoria. Even worse, he was suicidal."
His "fresh start" came crumbling down. "Emotionally, I was a mess. But with grit and determination, and the love and support of several families and counselors, I pursued healing on a psychological level." He went back to the emotional trauma of his childhood and found peace. Finally, he made a decision: he would go through the long and harrowing process of detransitioning.
Walt started connecting with other victims. "Having a front-row seat to people's pain," he says, made him even more determined to expose what goes on in the gender change industry. "Several people... transitioned in their teens, but when they hit their twenties, their feelings of gender dysphoria changed.
They grew out of it, but only after having made irreversible changes to their bodies, which destroyed their ability to have children, and losing years of their life to an alternate identity." You will hear the media say, "Regret is rare," Walt warns. "But they are not reading my inbox, which is full of messages from transgender individuals who want their life and body back."

The idea that anyone would want to lock hurting kids into a lifetime of misery is absolutely unconscionable to him -- and to everyone else who's walked down this excruciating path. Walt urged South Dakota legislators to support a bill that would protect children from the trans life, at least until they're 16.
Children, he insisted, "don't have the capacity or mental maturity to consent to decisions with life-long consequences. And yet they are so easy to manipulate that they have become soft targets in today's raging political and cultural fight over what it means to be human."
Surely, he argued, no one would object to waiting "until a person has the capacity to understand the risks and consequences and to give informed consent. This is particularly important, given what we know about the changing nature of gender dysphoria in children.
When children experience sex confusion, it usually does not last... No child should be locked into a trans life," he argued in the state capitol's newspaper. "That is not medical care. It's child abuse."
And yet, amazingly, it's child abuse the South Dakota Senate refuses to stop. Monday, against all research, testimony, and common sense, five legislators in committee voted to kill a measure that would give teenagers and their families more time to weigh a decision that could destroy them forever.

It's a "pause button," Rep. Fred Deutsch (R), the bill's sponsor, called it. Nobody is saying that kids can't pursue these treatments later on -- but surely, we can all agree that children who can't even drive shouldn't be steering themselves into permanent medical procedures.
Governor Kristi Noem (R), a mother of three, apparently doesn't see the harm in that. After the measure passed the House, leaders said the governor started working "behind the scenes" to oppose it. If the reports are true (and our conversations with legislators suggest they are), her efforts paid off.
Despite having the committee majority, Republicans voted 5-2 to sink the only hope South Dakota's parents had. Unfortunately, Gov. Noem could not muster the courage to stand with other moms in protecting kids from an agenda that will scar them for life.
Instead, she's leaving parents right where they started: haunted and hunted by a movement they can't stop.
Originally published at Family Research Council - reposted with permission.