Schools Are Pushing the Boundaries of Surveillance Technologies 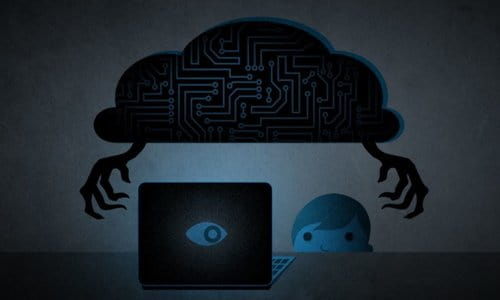 By Mona Wang and Gennie Gebhart/Activistpost.com March 02, 2020
Share this article:
A school district in New York recently adopted facial recognition technology to monitor students, and it is now one of a growing number of schools across the country conducting mass privacy violations of kids in the name of "safety."
The invasive use of surveillance technologies in schools has grown exponentially, often without oversight or recourse for concerned students or their parents.
Not only that, but schools are experimenting with the very same surveillance technologies that totalitarian governments use to surveil and abuse the rights of their citizens everywhere: online, offline, and on their phones.
What does that mean? We are surveilling our students as if they were dissidents under an authoritarian regime.

Schools must stop using these invasive technologies. Americans are already overwhelmingly uneasy with governments' and corporations' constant infringements on our personal privacy. Privacy invasions on students in educational environments should be no exception.
In recent years, school districts across the country have ramped up efforts to surveil students. In physical spaces, some schools are installing microphones equipped with algorithms that often misinterpret coughs and higher-pitched voices with "aggression."
School districts' ongoing experiments with facial recognition technology mirror other law enforcement and government programs around the world.
Schools are also watching students online, and on their phones. Social media monitoring company Social Sentinel offers software to monitor students' social media accounts, not unlike what U.S. Customs and Border Protection regularly does to entrants.
School and workplace surveillance vendors like Bark, Qustodio, and AirWatch encourage schools and families to install spyware on their children's phones--software that can work similarly to surreptitiously-installed stalkerware or government-sponsored malware campaigns.
Qustodio, one of many companies marketing to both schools and parents, earnestly encourages parents to "monitor your kid's Internet use NSA-style."
Many of these technologies compromise not only students' privacy, but also their security. Web filtering services Securly, and ContentKeeper (which partners with the notorious student surveillance service Gaggle) compel students to install root certificates so administrators can comprehensively monitor students' Internet activity and effectively compromise the security protocols that encrypt over 80% of web sessions worldwide.
Just last year, the government of Kazakhstan tried to deploy a similar program to surveil their citizens. Administrators, and potentially third parties (if this filtering is done via "the cloud"), can decrypt and gain complete access to students' web browsing sessions: what they're reading, what they're typing, and even sensitive information like passwords.
Schools refer to these technologies as "student safety" measures, but this label doesn't change the fact that these are surveillance technologies. Surveillance is surveillance is surveillance.
What's more, there is no evidence that surveilling students will lead to better safety outcomes in general. In fact, the few studies that exist show that more cameras inside school buildings decrease students' perceptions of safety, equity, and support.

Additionally, more stringent surveillance ecosystems could have a chilling effect on students' development. These effects, in turn, tend to impact minority groups and women disproportionately more.
For instance, social media filters that are employed by some districts will send automated alerts to school administrators, and in some cases, local police. The breadth of filtering typically employed by school districts can be staggering.
Some flag terms and sites relating to drugs and violence, as well as terms about mental and sexual health. Students may feel less safe researching help online under these surveillance measures.
Schools with larger populations of students of color are also more likely to adopt stricter surveillance policies. The spread of pervasive surveillance also threatens to further entrench the disturbing school-to-prison pipeline where students of color are especially vulnerable to discriminatory over-policing.
And deploying pervasive, high-tech surveillance is still expensive--which means administrators are investing in oppressive panopticons instead of other more empirically supported measures, like investing in education or improving mental health support for students.
These funds would be better spent on fixing crumbling school infrastructure and investing in students than spying on them through unproven technological panopticons that will fall hardest on students that are already vulnerable to systemic injustice.
Surveillance technologies are often marketed to prevent bullying (both online and offline) and self-harm, but it's not clear how they purport to do so.

Companies that market their surveillance technologies as useful for preventing school shootings are especially guilty of trying to sell digital snake oil. It is not possible to predict, let alone prevent, these tragedies with surveillance and tracking tools like facial recognition.
One vendor of facial recognition technology for schools even admits that it can't prevent school shootings.
Surveillance does not equal safety; it undermines student trust in their learning environments, isn't effective at keeping them safe, and reinforces systemic injustice. Schools need to slam the brakes and think about what kind of dystopia they're creating for their students.
Originally published at Activist Post - reposted with permission.