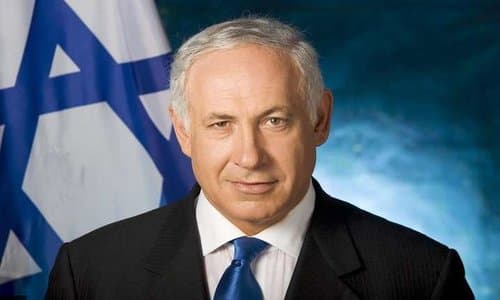 By Alex Traiman/JNS.org March 10, 2020
Share this article:
In Israel's third election in less than one year, embattled Prime Minister Benjamin Netanyahu defeated his closest challenger by three Knesset seats (36-33), and his bloc of right-wing allies defeated the opposing left-wing bloc supporting challenger Benny Gantz by a stunning 18 seats (58-40). Yet, similar to the first two election contests, Netanyahu still remains precariously shy of a parliamentary majority.
Coalition negotiations have yet to officially begin, and just three of the remaining 62 Knesset members from outside of Netanyahu's bloc could push Israel's tenured premier over the 61-seat majority threshold. By doing so, they would bring much-needed stability to a convoluted parliamentary political system whose efficacy is now being rightfully questioned.
The parliamentarians who refuse to join the right-wing bloc are united by a singular goal: to dethrone Netanyahu. Yet these 62 opposing members of Parliament are incapable of forming their own governing coalition. In addition to their unwillingness to sit with Netanyahu, they have all repeatedly stated that they are ideologically opposed to sitting with one another.

This opposition includes the Blue and White Party, a mini-coalition of center-right and center-left parties that came together to challenge Netanyahu, the seven-seat far-left Labor-Meretz alliance, the seven-seat secular right-wing Yisrael Beiteinu Party led by Avigdor Lieberman and a 15-seat Joint Arab List.
Since the establishment of the modern State of Israel, no Arab party has ever joined any Israeli government right or left, and the Joint List has expressed no intention of joining a coalition led by either Netanyahu or Gantz. Furthermore, Lieberman has vowed not to sit in any government that includes the anti-Zionist Arab parties.
Excluding the self-stated anti-Zionist Joint List, the opposition totals an underwhelming 47 mandates--well short of a 61-seat majority and a whopping 11 seats smaller than Netanyahu's bloc of 58 seats.
By hook or by crook
For years, Netanyahu's opponents have been trying to replace Israel's longest-serving prime minister by hook or by crook. And since they have failed to remove him at the polls, they now seek to create a parliamentary putsch to remove their political nemesis from office.
Blue and White has announced its intention to advance a parliamentary bill, with the backing of the 62-member opposition, to prohibit a prime minister from serving while under indictment.
Meanwhile, Israeli law explicitly permits a prime minister to remain in office while facing criminal charges under indictment. The law even permits a prime minister to continue in office if convicted, until all legal appeals are exhausted.

In response, Netanyahu stated that Blue and White leader Benny Gantz is attempting to "steal the elections," and that advancing such a bill "undermines the foundations of democracy."
The highly questionable cases against Netanyahu have been openly simmering for the past two years with numerous pieces of police evidence being illegally leaked for public consumption. Netanyahu has maintained his innocence in each of the cases.
More than 2 million Israelis have voted again and again for Netanyahu and his allies, believing that the charges are either contrived or not serious enough to warrant removing the successful leader from office. Each vote has been a democratic referendum on Netanyahu's ability to serve under indictment.
Just prior to the elections, Blue and White pasted large billboards across Israel likening Netanyahu to Recep Tayyip Erdoğan, an Islamist dictator who has been incrementally rolling back democratic freedoms in Turkey.
Yet it is Netanyahu who has consistently returned his mandate to govern to the people. And while the public has chosen to stand with Netanyahu even as he is about to face trial on March 17, it is an opposition concocted of disparate agendas that is prepared to ignore the will of the public and twist democratic norms for their own machinations of power.
Meanwhile, the stakes have never been greater for the State of Israel. Iran is racing towards nuclear breakout and regional hegemony across Yemen, Iraq, Syria and Lebanon. Gaza has increasingly stepped up rocket attacks on Israeli population centers. Syria continues to remain a state of disarray, while Egypt and Jordan's leaders struggle to maintain control in the face of growing extremism.
In a released recording, adviser Israel Bachar, who was fired after the leak, reported that fellow Blue and White Party member and MK Omer Yankelevich "says he is stupid and a complete nobody and she says 'he can't be prime minister.' " Bachar also said Gantz "doesn't have the courage to attack Iran" and would be "a threat to the Israeli nation" as prime minister.

Perhaps more important is the rollout of the Trump administration's "Peace to Prosperity" Mideast plan. In the coming weeks, following completion of a careful bilateral mapping process, Israel will be permitted to apply full sovereignty to every settlement and outpost in the disputed territories of Judea and Samaria, as well as the strategic Jordan Valley.
Despite tepid approval of the U.S. plan by Gantz, the left-wing Labor-Meretz Party is staunchly opposed to Israel's application of sovereignty over any of the territories, as is the Arab Joint List. Furthermore, Gantz and his advisers have been repeatedly antagonistic to the Trump administration, some comparing the U.S. president to Adolf Hitler.
Both Gantz and party No. 2 Yair Lapid have repeatedly attacked Netanyahu for his close relationship with the president, which they say has cost Israel bipartisan support in Congress. As such, Israelis cannot count on Gantz as prime minister to carry out the application of sovereignty over territories central to Israel's security and biblical narrative.
And while Gantz has significant military experience, he has zero political experience, with the exception of losing three successive election campaigns that have been peppered with numerous rhetorical gaffes.
These are the considerations that Israelis have weighed when going to the polls. And while the overwhelming majority of the Jewish candidates chose to keep the man who has arguably been the most successful prime minister in Israel's history at the helm, it is an undemocratic alliance that will use any tool at their disposal to send Netanyahu packing, even if the means they apply spit directly in the face of Israel's democratically elected outcome.
Originally published at JNS.org - reposted with permission.