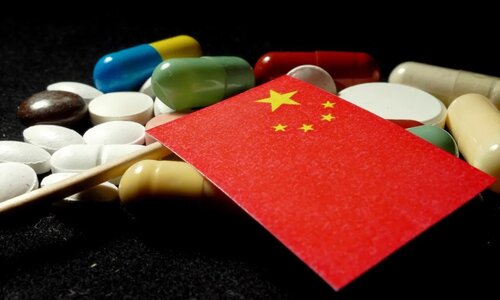 By Tony Perkins/Family Research Council March 23, 2020
Share this article:
"The world owes China a thank you." To most people, the words from the Xinhua news service, hit like a ton of bricks. With the entire planet in crisis and leaders scrambling to stop another Great Depression, the communist regime is wrong. What the world is owed is an apology.
Because China kept the world in the dark about its outbreak, tens of thousands of people are dead. National economies are on the brink. The world, as we know it, has come to a halt. Now, Chinese officials, with their already fragile reputation in the gutter, is looking for somebody to blame.

"They clearly mishandled the coronavirus," Asia expert Gordan Chang explained on "Washington Watch." "They kept it secret for at least six months, maybe even more. And now they need to say it wasn't us. It didn't come from us. We are the victims."
Now, furious at the flood of criticism world leaders are directing their way, China is responding the only way they know how: with threats and lies. "There have been a series of propaganda pieces coming out of Beijing which say that if the United States doesn't do this or that, China could cut off the supply of pharmaceuticals and medical protective gear -- and throw the U.S. into 'a mighty sea of coronavirus.'"
To a lot of experts, Gordon included, the important thing isn't whether China will go through with it, but whether they could go through with it. And given their stranglehold on American supply chains -- everything from gloves, masks, gowns, and medicine -- the risk is a serious one.
Believe it or not, Senator Marco Rubio (R-Fla.) pointed out, "up to 80 percent of the active pharmaceutical ingredients in American drugs are sourced abroad." In places like China, that gives the communist party incredible leverage over the U.S. -- especially if we get to a point of widespread shortages or dire need.
And while a global pandemic isn't how most leaders would choose to deal with this, one of the positive things about this crisis is that it's forcing government to reevaluate its supply chains. America is "dangerously reliant," Rubio (R-Fla.) warned, on "important lifesaving goods."

This problem isn't new to President Trump and his team. For his entire first term, he's tried to bring the manufacturing of American goods back home. Now, staring down a savage Chinese regime, bent on bringing disaster to America, that becomes an even more urgent priority.
Earlier this week, one of the president's key trade advisors, Peter Navarro, said he was drafting an executive order that would limit America's dependence on foreign manufacturers for medicine. When the president signs it (which may be this week), a big chunk of our essential pharmaceuticals, medical supplies, and equipment productions would come back to U.S. soil, where it can't be exploited by bad actors like China.
"The movement of supply chains and production and essential medicines to the U.S. is not just a matter of public health and economic security, it's a matter of national defense," Navarro insisted.

In response to the pushback from Big Pharma, which seems to care more about keeping costs down and profits up than keeping America safe, Navarro made it clear: "Nothing in the order will prevent us from getting what we need, when we need it, and from wherever we need it."
Our country has too many vulnerabilities, Rubio argued -- at a time when it can afford none. Taking back control of our own medical destiny will "help stabilize the U.S. economy, potentially help save American lives, and strengthen our ability to mitigate the effects of disease.
Most importantly, it would be a high-return investment in our long-term capacity and independence from China during a moment when supply chains are up for grabs."
Originally published at Family Research Council - reposted with permission.