One Church's Story Of What Not To Do During The Crisis 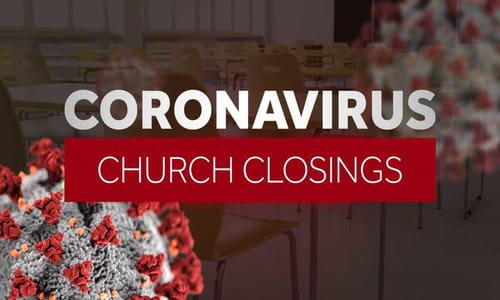 By Tony Perkins/Family Research Council March 25, 2020
Share this article:
No one could understand it at first. Arkansas's Cleburne County isn't big -- but it still had the second-highest number of coronavirus cases. Eventually, local health officials started to piece it all together, a puzzle that led them straight to the doors of the Greer's Ferry First Assembly.
Like a lot of churches across the country, the leaders of Greer's Ferry didn't want to cancel its services. The virus seemed like a distant threat in early March, and they still had activities on the calendar.
So instead of heeding the warnings from federal officials, the congregation went ahead and hosted a special children's ministry event. The result was catastrophic.

Today, 34 people linked to the church have tested positive for the coronavirus -- with many more expected to be diagnosed. Pastor Mark Palenske and his wife were infected, posting on Facebook that "the intensity of this virus has been underestimated by so many, and I continue to ask that each of you take it very seriously. An act of wisdom and restraint on your part can be the blessing that preserves the health of someone else."
Late last week, the county's situation was so dire that judges and other officials had to close their offices completely. Arkansas Department of Health spokeswoman Danyelle McNeill said the state has traced dozens of cases to the church, and they're continuing to investigate more.
Gracie Campbell, one of the members at the church said, "I'm sure there are plenty of people walking around exposed to the virus and don't even know it, and other people that don't care. That's the sad thing. There are people that don't even believe that it is a virus, and that's ridiculous."

Fortunately, what happened in Arkansas's Cleburne County is the exception, not the norm. Most pastors we've talked to have done everything they can to comply with the CDC's recommendations and avoid the large groups that put entire communities at risk. It's tough, as Vice President Mike Pence admitted on a conference call, for churches to weather this storm and be creative about how they carry on their ministry. But it's not impossible.
"I do recognize," Mike told America's pastors, "that when you miss a service, there is a there is a portion of that revenue that... doesn't come back." But, he promised, "as we go through regular press briefings... we'll make a gentle reminder and encouragement to Americans to continue to support those ministries, even if they're not in the in the pews on Sunday morning, because of the great, great work that that our churches are doing every single day. And we'll continue to in the weeks and months ahead."
This is not a time to act in fear, but it is a time to walk in wisdom. There are ways to gather, ways to serve, ways to pray during this unique and challenging time that don't put people in jeopardy. Let's take our responsibility seriously and practice them.
Originally published at Family Research Council - reposted with permission.