Why So Many Pro-Lifers Are Worried About Bill Gates's Charity 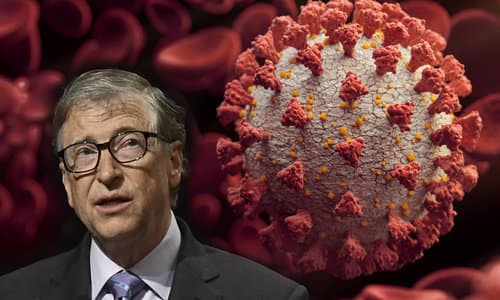 By Jonathon Van Maren/Bridgehead.ca April 30, 2020
Share this article:
Predictably, the debate over the response to the COVID-19 pandemic has disintegrated into a shouting match over government overreach, mandatory vaccination, and the frequently draconian tactics of law enforcement.
Over the past several weeks, people have grown increasingly suspicious of the government response, conspiracy theories have abounded, and the usual suspects have accused anyone questioning the government of being tinfoil-hatted crazies with a national death wish.
One of the prime targets of people's suspicions appears to be billionaire, Microsoft founder, and philanthropist Bill Gates. This has caused a bit of bewilderment in the media. Why, they ask, could anyone doubt the pure intentions of a man who throws mountains of cash at health crises around the world? Why would anyone suspect him of wrongdoing, of all people?

While noting up front that many of the conspiracy theories floating around are indeed crazy, I want to take a moment to explain why so many people view Bill Gates with suspicion: it is because they believe, with good evidence, that he has a much larger agenda. Just because that can lead to some admittedly absurd speculation does not mean that the reason for the suspicion is not well founded. Let me provide a few examples.
First of all, Bill Gates has long been obsessed with population control. Back in 2003, he told Bill Moyers that global health initiatives meant that parents often realized they didn't need to have so many children. Moyers asked him where his passion for the issue came from: "But did you come to reproductive issues as an intellectual, philosophical pursuit? Or was there something that happened? Was there a revelation?"
"When I was growing up, my parents were always involved in various volunteer things," Gates responded. "My dad was head of Planned Parenthood. And it was very controversial to be involved with that. And so it's fascinating."
Now, if you're one of the elites, noting your dad, who "was the head of Planned Parenthood" as one of your primary inspirations may seem perfectly natural. Those of us who know that Planned Parenthood is responsible for killing millions of children in the womb, however, question Bill Gates's view of "health." Does the destruction of children in the womb count?

For the Bill and Melinda Gates Foundation, it certainly does. As Live Action reported several days ago, Bill Gates funds an international family planning organization that distributes the abortion pill worldwide. He has condemned the Mexico City Policy for banning the use of American tax dollars for abortions overseas.
He's donated generously to International Planned Parenthood. And he's even proposed issuing "digital certificates" that people can produce to prove they've received the coronavirus vaccination, when such a thing becomes a reality.
The truth is that Bill and Melinda Gates have a view of global health that includes -- and promotes -- abortion, the reduction of fertility, and sterilization.
Some time ago, I interviewed Nigerian pro-life activist Obianuju Ekeocha on her book Target Africa: Ideological Neo-Colonialism in the Twenty-First Century and subsequent documentary Strings Attached, in which she details how Western leaders and philanthropists are attempting to impose their view of life and family on the developing world.
As Ekeocha wrote after the Gates Foundation hosted a massive family planning conference in Ethiopia: "We are thirsty and they give us condoms! We are hungry and they offer us contraceptive pills! We are sick and they offer us the most modern techniques of abortion!
We are naked and they lead us into the arms of sexual hedonism! We are imprisoned by poverty and they offer us sexual liberation! Silent tears roll down for Africa in a modern world that can neither see our pain nor hear our cry for help. We mourn deeply for the destructive seeds of sexual revolution which were sown last week in Addis Ababa."

It is important for people to understand why so many are suspicious of the philanthropy of Bill Gates and his ilk, and why so many react with suspicion to the medical opinions of a certain sector of our elites. It is because they lie to us about abortion, day in and day out, and tell us that destroying a child in the womb is "health care" and "an essential service."
It is because they tell us that the birth control pill has no side effects and is also health care, that the abortion pill is safe, that abortion has no negative impact on women, and hundreds of other lies that we know to be lies. I have held an aborted baby in my hands and stared at his little face with my own eyes -- knowing full well that some of the world's richest and most intelligent medical experts would look me in the face and tell me that the little boy I was holding wasn't a baby.
The same people telling us that abortion is safe, that the child in the womb isn't a child, that gender-dysphoric children and teenagers must be given puberty-blockers and surgical mutilation, and that sexual promiscuity is healthy (exploration is good!) are now facing the suspicion of millions of people, and they pretend not to understand why.
I can clear that up: it is because we know that you have lied about so many things. You may not be lying now. But the reason there are so many conspiracy theories to begin with is because you attempted to sell us falsehoods like "abortion is health care," and when we pointed to a massive heap of shattered baby corpses, you responded smoothly: "Who are you going to believe, us or your lying eyes?"
A lot of people don't know whom to believe anymore.
Originally published at The Bridgehead - reposted with permission.