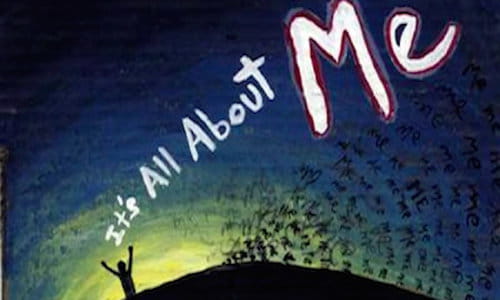 By Michael Brown/AskDrBrown.org May 05, 2020
Share this article:
A new Barna poll points to a dramatic drop in biblical beliefs among American Pentecostals and Charismatics. If the findings are accurate, what are the likely causes?
According to the poll, "although we proclaim 'In God We Trust' on our currency, a slim 51% majority of Americans believe in a biblical view of God -- down from 73% thirty years ago. Increasingly, the research finds mounting evidence that Americans are both redefining -- and rejecting -- God.
Orthodox Beliefs About God Declining Most Rapidly Among Pentecostal and Charismatic Churches
"Stunningly, Americans are more confident about the existence of Satan than they are of God. Overall, 56% contend that Satan is an influential spiritual being, yet almost half (49%) are not fully confident that God truly exists."
More specifically, "The largest declines in possession of an orthodox, biblical perspective on the nature of God since 1991 were among individuals who attend Pentecostal or charismatic Protestant churches (down by 27 percentage points); people in the 18 to 29 year old category (down 26 points); adults in the Elders generation, (i.e., people born before 1946, down 25 points); and women (down 25 points)."

To be sure, some of this data is perplexing. Why has an almost identical decline occurred among the old and the young? One would have expected this from 18-29 year-olds but not from those born before 1946. And why virtually the same decline among women? What explains that?
As for the dramatic drop among Pentecostals and Charismatics, that is perplexing as well, since in other, international polls, Pentecostals and Charismatics led the way in daily Bible study and prayer. They also tended to have higher standards of holiness and be more engaged in outreach.
Pentecostals and Charismatics Tend to Affirm a Biblical Definition of Marriage
In keeping with this, a survey released earlier this year indicated that Pentecostal and Charismatic pastors were much more likely to uphold the biblical definition of marriage than so-called mainline pastors. Indeed, they were less likely to affirm same-sex "marriage" than even Baptist pastors (respectively, 1% to 3%).
That's because Pentecostals and Charismatics tend to have solidly conservative views of the Bible and also put a strong emphasis on personal piety and devotion. Their Bible colleges and seminaries tend to me more conservative as well.

On the flip side -- and I write as an insider -- we have cultivated many aberrant practices and doctrines in our midst and we have done a very poor job of self-policing.
Still, over the years, we have affirmed orthodox, biblical fundamentals. Why, then, this serious and steep drop? What are the causes behind it?
We're Likely Reaping the Fruit of a Me-Centered Gospel
I do not have access to the full results of the Barna poll, so I can not analyze all the data. But if Barna's polling is accurate, my educated guess would be this: We are reaping the fruit of preaching a me-centered, self-improvement gospel that is not the gospel at all.
We are seeing the results of our failure to teach doctrinal foundations, choosing to major instead on esoteric spiritual experiences and secondary (or tertiary) issues. We have reaped what we have sown.
Again, I cannot prove that these are the causes. But what cannot be denied is our failure, especially in some of our largest, most visible ministries, to major on the majors. To preach a clear gospel message that convicts of sin and points to the cross. To call for repentance. To teach more on the nature of God and the centrality of the Lord Jesus (along with teaching on the ministry of the Spirit, which we often do quite well).

If Barna's polling is accurate, my educated guess would be this: We are reaping the fruit of preaching a me-centered, self-improvement gospel that is not the gospel at all.
In times past, we preached that sinners were wretched and that grace was amazing. Today we tell sinners they are amazing, making grace a needless afterthought.
In times past, we preached a gospel of salvation. Today we preach a gospel of self-improvement.
In times past, we preached death to the flesh, death to self, and death to sin, pointing to a brand new life in and under Jesus. Today, we preach that Jesus came so you could fulfill your dreams, that He came to make you into a bigger and better you.
We used to preach the gospel of self-denial. Today we preach the gospel of self-realization.
A Christian Culture that Removes the Gravity of God's Holy Commandments
And sadly, it is Pentecostals and Charismatics who have often led the way in preaching this so-called gospel message.
Could it be, then, that with so much of the culture abandoning gospel foundations, that our lack of rootedness has caused many more to go astray? That our bad habits are catching up to us?
A worship leader in a major Charismatic church that is often criticized for being doctrinally lax posted this on April 10:
I find myself increasingly troubled when I look at western Christian culture and see such a startling lack of representation or instruction on VITAL teachings in scripture; particularly the passages that warn and admonish. It troubles me that teachings on these passages are virtually nonexistent in modern preaching, but if I sit down and just read a couple chapters of scripture they're so prevalent I can't ESCAPE them. And no, I'm not talking about the Old Testament. I'm talking about the teachings of JESUS. His apostles. Peter. James. John. Paul. Those guys.
So much heresy is running rampant in the church because we're not clearly preaching the reality of eternal judgment, the reality of heaven and hell, or the frequent commands concerning holiness, godliness, purity and true Jesus apprenticeship. I don't know quite how we got here, but somehow we've created 'Christian' cultures that edit scriptures, remove the gravity of His holy commandments, and numb peoples ears to real truth.
He hit the nail on the head, multiple times at that.
I have the privilege of preaching in hundreds of churches across America (and around the world), and many of the finest are Pentecostal and Charismatic. They are passionate. They are Word-based. They are vibrant. And they are bearing much fruit. That's why this movement, as a whole, continues to lead the world in church growth and missions outreach.
But we cannot minimize the glaring problems in our midst. Much has been given to us. Much will be required.
It's time we get back to the basics. The Spirit will certainly add His powerful confirmation as we do.
Originally published at AskDrBrown.org - reposted with permission.