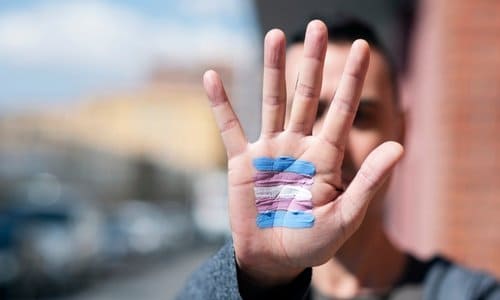 By Tony Perkins/Family Research Council June 18, 2020
Share this article:
Keira Bell can never get her childhood back. And her body, a scarred and mangled reminder, tells her every day. "I am living in a world where I don't fit in as male or as female. I am stuck between two sexes." Now 23, she's dedicated her life to stop teenagers from making the same mistake. And suing the clinic responsible is step number one.
Keira was just a child when she walked into England's Tavistock clinic and declared she wanted to be a boy. The staff didn't blink. Despite just starting her periods and having no other real psychological evaluation or therapy, Tavistock prescribed her the puberty blockers that ultimately ruined her life.

"I should have been challenged on the claims that I was making for myself," Keira told the judges. "And I think that would have made a big difference as well. If I was just challenged on the things I was saying." If an adult had taken her aside, talked to her about her feelings, maybe none of this would have happened.
As soon as she started taking the drugs, Keira said "it was like turning off a tap." Her development as a young woman just stopped. And nobody warned her. "I had symptoms similar to the menopause when a woman's hormones drop. I had hot flushes, I found it difficult to sleep, my sex drive disappeared. I was given calcium tablets because my bones weakened. My female hormones had been flushing through my body and, suddenly, a curtain came down on them." It felt awful she says.
Three years later, after having her breasts removed free of charge (courtesy of the government), she was filled with crushing regret. She stumbled on charities and advocates that help young people reverse the damage. Now that she's gone public, trying to hold Tavistock accountable, Keira says she's been contacted by "hundreds of young adults" who wish they'd never walked down this path. "The treatment has not solved their problems."

Here in the U.S., the battle over puberty blockers and transgender advocacy is just as intense. Eight states are trying to impose age limits on the drugs -- which would have spared teens like Keira years of horrible agony. But the reason lawmakers have had to step in, the Wall Street Journal's Abigail Shrier says, is because "scientists aren't engaging in honesty."
In a powerful conversation with FRC's Sarah Perry, she told the listeners of "Washington Watch," "Look, I'm a journalist. I'm not an activist. My job is not to stop people from using puberty blockers on their children. My job is to tell the truth -- and on this issue, not enough people are telling the truth. And the truth is... we have no idea what the long-term effects of these drugs will be."
In the Left's rush to medicalize kids and trap them into this lifestyle, there's been an explosion of these prescriptions without any thought to the permanent consequences. "We're going to see a lot of lawsuits," Abigail predicted. "And the reason is -- the doctors are being activists rather than being doctors.
I've interviewed a lot of doctors on this topic, and they'll tell you that when they go to conferences, [whenever there's] a new heart medicine or any other kind of medicine, there's an open discussion of risks and benefits -- because all medications have risks and benefits. But when it comes to transgender medicine... one researcher I interviewed said it was like an infomercial for trans. In other words, no discussion of risks were ever assessed."
That's a terrifying thought, she says when you consider how profoundly these puberty blockers affect the human body. "They shut down the part of the pituitary that stimulates puberty, so that eight-, nine-, and 10-year-olds will not go through the normal puberty.
The sexual organs will remain the size... and the capacity of a small child. They will not have the potential for orgasm, and they may ... be permanently infertile." Not to mention, Abigail goes on, that these hormones flood the brain. "So what's we're doing is an experiment that we don't know the long term effects of. And patients aren't being advised of that."

And what if there are underlying mental health issues that no one knows about? When you attack the brain with these cross-sex hormones for a child struggling with conditions like depression, bipolar disorder, even high-functioning autism, which is sometimes the case for these girls, "one can only wonder," Sarah pointed out, "what that kind of medical intervention does."
And yet no one in the medical community seems to have the nerve to call everyone together and demand scientific research on this -- something that would be routine on any other treatment.
Even more worrisome, Abigail says, America has gone from two gender clinics in the last decade to well over 50. But that doesn't include groups like Planned Parenthood, who, believe it or not, are now one of the biggest dispensers of cross-sex hormones in the country. So along with killing unborn children, they're also embracing a separate track to make generations completely infertile. All the while keeping parents -- as they usually do -- in the dark.
Yet, thanks to Obamacare, these pricey drugs and gender transitions are, in some cases, completely free for young people. Or, at the very least, of minimal cost. "So, all of the sudden, these were readily available. You could get these fancy surgeries, and it costs you almost nothing. So, unsurprisingly, you're seeing a lot greater demand for it."
But that demand must be met by a different demand from parents, citizens, and doctors: for safety, accountability, and caution. It's time to stop the radical Left from experimenting on our children before, as Keria found out, it's too late.
For more, check out FRC's in-depth paper, "Understanding and Responding to the Transgender Movement."