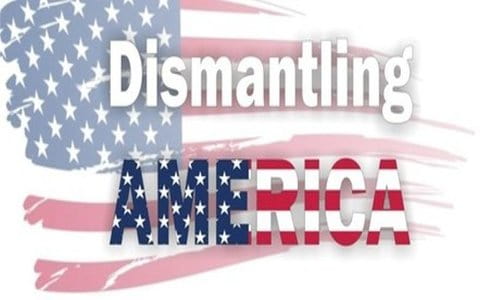 By Jonathon Van Maren/Bridgehead.ca July 13, 2020
Share this article:
Democrat Congresswoman Ilhan Omar of Minnesota is courting controversy again, stating at an event earlier this week that America must move far beyond simply addressing "racism in policing." It is time, Omar asserted, to begin "dismantling" the American economy itself.
"As long as our economy and political systems prioritize profit without considering who is profiting, who is being shut out, we will perpetuate this inequality," Omar stated. "We cannot stop at the criminal justice system. We must begin the work of dismantling the whole system of oppression wherever we find it."
Predictably, conservatives have been condemning Omar's calls to "dismantle" the economy, and Omar has responded by claiming that her comments have been taken out of context. She retweeted one comment stating, "Many conservatives allege Ilhan Omar called for 'dismantling' the U.S. economy & political system. But she didn't actually say that. They rearranged her words. And she explicitly cited dismantling 'systems of oppression' **within** gov't systems."

So there is some debate as to what Omar meant by "dismantling." But there are good reasons why conservatives are instinctively suspicious of Omar, as her record of radical progressivism is well known and longstanding.
Omar is a paradoxical politician. She identifies as Muslim but also as an "intersectional feminist," a supporter of the entire LGBT agenda, and an advocate for legal abortion. The tenets of her alleged religious faith do not seem to be as important to her as the intersectional credibility it lends to her public persona.
She is also a member of what is colloquially known as "the Squad," a group of hyper-progressive young politicians (the most famous being Alexandra Ocasio-Cortez) seeking to pull the Democratic Party sharply to the left.
Earlier this week, to cite just one example, she condemned the Supreme Court's decision to allow an order of nuns, the Little Sisters of the Poor, to opt out of providing birth control and abortifacient drugs. Noting Planned Parenthood's endorsement of her, she tweeted: "Today's disastrous #SCOTUS decision means that your employer or university can deny you birth control based on religious or moral objections. Grateful to have @PPact's support as we fight back for reproductive justice. We will not relent." The feminist sisterhood, it seems, is a very exclusive club.

Interestingly, there has been an internecine debate within conservative ranks on economic policy since the election of Donald Trump, as well as on the left. The National Conservative movement, launched by the Edmund Burke Society, has been suggesting that a new political coalition driven by social conservative values and more liberal economic ideas might be forged.
FOX News host Tucker Carlson has been highlighting the fact that the policies of unfettered free-market economics have left many Americans behind and that it may be time to consider economic policies focused on strengthening the family.
Despite an increasing willingness by some conservatives to critically examine the shortcomings of free-market capitalism (many of them inspired by the family policies of leaders such as Hungary's Viktor Orbán), Omar's progressive socialism and proposed "dismantling" of the system are something quite different.
For conservatives seeking to curb capitalism's excesses and assist those left behind -- the "two cheers for capitalism" crowd -- the American Revolution is fundamental. In the wake of the recent race riots and statue-smashing, many suspect that Omar and her fellow Squad members prefer the French Revolution.