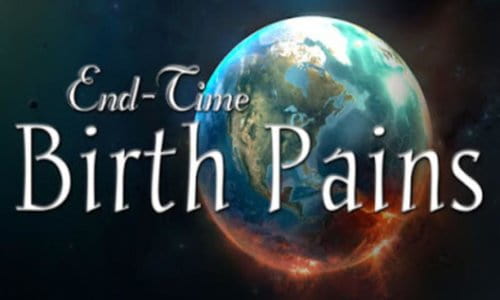 By Britt Gillette/End Times Bible Prophecy July 20, 2020
Share this article:
With all the restrictions and societal changes brought about by the COVID-19 pandemic, I found myself longing for the "carefree" days of 2019 when everything was "normal." Perhaps you've felt the same way. Of course, 2019 was far from perfect. It had its own problems and stresses, but only in comparison to 2020 do we think of 2019 as "the good old days." And that got me thinking... This seems to be happening a lot lately.
We've had no less than three of these events in the past 20 years. If you're old enough to remember, it was a different world before September 11, 2001. After September 11th, collective fear increased. All sorts of restrictions and protective measures were put in place. Where would the next terrorist threat come from? Many longed for the relatively simple days of life before that terrible day.
Then in 2008, the Great Recession hit. Many people lost their jobs, and among those who didn't, fear of an impending layoff increased. Many longed for the "simpler" times of the post-September 11th years. Now, here we are in 2020. We're in the middle of a global pandemic, and many long for a return to their pre-pandemic lives. None of this should surprise us.
Jesus said the days before His return will follow this exact pattern. He likened them to birth pains (Matthew 24:3-8). This means, as with labor contractions, we'll see these types of events increase in frequency and strength as we approach the end of this age. What we're seeing today are the birth pains Jesus warned about.

Jesus Is Coming
The frequency of these events testify that Jesus is coming. Our generation will witness His return (Matthew 24:34). All the signs Jesus and the prophets said to look for are present. They include, but aren't limited to:
• The restoration of Israel (Jeremiah 23:7-8; Isaiah 11:11-12)
• The Jewish people in possession of Jerusalem (Luke 21:24-28)
• The global spread of the Gospel  (Matthew 24:14)
• A marked increase in travel and knowledge (Daniel 12:4)
• Israel surrounded by enemies (Psalm 83:4-12; Ezekiel 11:14-17; Ezekiel 35:10)
• Israel fielding a great army (Ezekiel 37:10; Zechariah 12:6,8)
• The rise of a United Europe (Daniel 2; Daniel 7; Revelation 17)
• The rise of the Gog of Magog alliance (Ezekiel 38:8; Ezekiel 39:27)
• Increased calls for global government (Revelation 13:7)
• People acting in the way Paul said they would act (2 Timothy 3:1-5)
• Widespread ridicule of the Second Coming (2 Peter 3:3-4)
All these signs and more point to the soon return of Jesus. He told us to "look up" when we see these signs converge (Luke 21:28), and we're seeing them converge now. That means the rapture, the Tribulation, and the Second Coming are close at hand.
And since Jesus told us to expect birth pains leading up to His arrival, look for major events similar to September 11th, the Great Recession, and the COVID-19 pandemic to appear with greater frequency and cause greater trauma. In other words, expect things to get worse before they get better. So what will come next? While we can't know for sure, here's a few events on the horizon.
What's Coming Next?
With conditions set to be worse in the coming months and years, what are the most likely events to occur in the near future? The possibilities are endless. We could see large magnitude earthquakes, a nuclear terrorist attack, or even a global pandemic worse than COVID-19. But rather than speculate, let's focus on what we know is coming. The three events outlined below are either already happening or certain to happen in the near future.
1) A Global Depression - For the moment, many people seem to think the current economic slowdown is a brief pause - that once the coronavirus disappears, the economy will spring back to life and resume an upward growth trajectory. The S&P 500 reflects this belief.
After crashing for most of February and March, it's now just a few percentage points from its all-time high. But the "V-shaped" economic recovery touted in the media is nothing more than a mirage. You can't shutdown entire countries in an interconnected global economy and expect the impact to be temporary.
Many individuals and small business owners have watched their savings dwindle as their businesses are forced to close or their customers disappear. In some industries, it will take years for sales to reach pre-pandemic levels. Governments have tried to take measures to help - offering loans, providing direct cash payments, and even outlawing evictions. But these measures are only temporary. Eventually, they have to end.

For instance, in the United States, unemployed workers receive an extra $600 per week on top of their regular unemployment benefits. This has helped mask the true impact of the coronavirus shutdowns, but unless they're extended, those payments will end on July 31. Then what happens? With more than 20 million people collecting unemployment, that adds up to over $12 billion per week. That's $624 billion on an annual basis.
Prior to the shutdowns, this would have been around 3% of the nation's Gross Domestic Product. Today, with the hit the economy's taken, it adds up to even more. When those payments end, consumer spending will dry up even further, lines will once again form outside of food banks, and a new round of layoffs will hit America's workforce.
Making matters worse is the crippling impact on small business. Not only did governments force many businesses to shut down, but in a number of cases, it only allowed them to reopen with limited capacity. Foot traffic is down, and as new coronavirus cases crop up, these businesses may be forced to shut down again. This creates great uncertainty, and uncertainty is terrible for economic growth.
Both businesses and individuals take less risk and cut expenses during times of uncertainty, and that means fewer sales, less revenue, and a contracting economy. To have the entire world economy suddenly come to a screeching halt is absolutely unprecedented. The result will be a terrible global depression on par with, or maybe even worse than, the Great Depression.
2) Widespread Famine - According to the U.N. Food and Agriculture Organization, more than 820 million people worldwide regularly suffer from hunger. And these statistics pre-date the coronavirus pandemic. That means events are only going to get worse because the state of the global economy has a direct impact on world hunger.
Global hunger significantly increased during the Great Recession, and the current economic slowdown will be no exception. The World Bank's most recent projection for 2020 global GDP is a 6.2% contraction - two times worse than the Great Recession.
This alone increases the odds of famine and will leave millions more hungry. According to Paul Winters of the International Fund for Agricultural Development, "Even before we got the COVID pandemic we were already seeing an increase in hunger around the world due to climate, conflict and economic slowdowns, and now we have this extra economic slowdown."

By itself, the coming global depression will plunge millions into a state of poverty and hunger. But as terrible as all this is, it's set to get far worse. Why?
Because this year also saw the emergence of one of the worst locust plagues in decades. Swarms of locusts measuring miles in length have ravaged countries in East Africa, the Middle East, and Southwest Asia. These swarms could continue to thrive and spread well into 2021. As they destroy crops, millions more face the prospect of famine - one of the signs Jesus said to look for (Matthew 24:7).
3) War in the Middle East - According to multiple news reports, Israel is currently contemplating the annexation of large parts of the West Bank. A coalition deal between Prime Minister Benjamin Netanyahu and Benny Gantz, of the Blue and White party, put forward a plan to do so as early as July 1.
But so far, nothing has happened. That said, Netanyahu knows his window of opportunity to act is small - especially if it looks like Donald Trump may lose his re-election bid. If that happens, Netanyahu will almost certainly move forward with annexation while he still has a reliable ally in the White House.
However, such a move is likely to set off a firestorm of international condemnation and declarations of war from many of Israel's enemies. For decades, world leaders have feared an explosive war in the Middle East. We may be closer to such a war now than we've ever been before.
While Israel's next war doesn't have to be one outlined in bible prophecy, several prophesied conflicts have yet to take place. These include conflicts that result in the destruction of Damascus (Isaiah 17), an attack from Israel's immediate neighbors (Psalm 83), and an invasion by a coalition that includes Russia, Iran, Turkey, and several other nations (Ezekiel 38-39).
Could we be on the verge of one of these wars? We could. And Jesus pointed to "rumors of war" as a sign of His coming (Matthew 24:6).
What You Should Do
So with all that's taking place, what should you do? The answer is clear - make the most of the time you have left. If you're not a Christian, turn to Jesus now. He paid for your sins through His blood as shed on the cross. There is no other name by which we are saved (Acts 4:12). Jesus alone is the way to heaven (John 14:6), so turn to Him while you still can.
If you're already Christian, don't fear the events of the Tribulation. Jesus promised to protect His followers from "the great time of testing that will come upon the whole world" (Revelation 3:10). But don't think that because you'll avoid the Tribulation, you won't face trials in this life. Jesus says you will. He says you'll face many trials and tribulations in this world, but don't let them bring you down, because He has overcome the world (John 16:33).
Realize the rapture itself could be the next traumatic event to hit the world. Think of those left behind, the fear they'll have, and the world they'll be living in. Use that as motivation to spread the Gospel. Right now, more people than ever are seeking Him. God causes everything to work together for the good of those who love Him and are called according to His purpose for them (Romans 8:28).
World-shaking events like the COVID-19 pandemic are no exception. People have been shaken from their sense of security. It's in these moments when people seek God the most, because He can never be shaken. He's the rock you should build your life on (Psalm 18:2). So take advantage of this moment and share your testimony, because Jesus is coming soon!
Britt Gillette is author of the free ebook Coming to Jesus as well as the books Signs of the Second Coming & Racing Toward Armageddon.