Israel Prepares For Next Hezbollah Attack 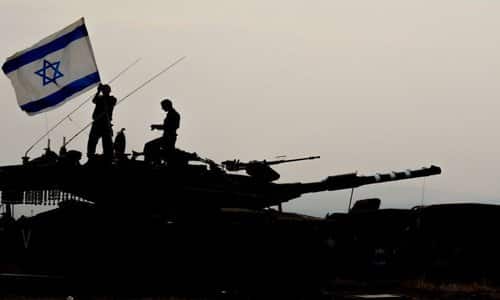 By Yaakov Lappin/JNS.org July 29, 2020
Share this article:
The Israel Defense Forces remain on high alert along the Lebanese border in anticipation of a potential new attempt by Hezbollah to launch an attack in retaliation for the reported killing of its operative in an airstrike last week in Syria.
"In accordance with the situational assessment, the Northern Command will be reinforced with advanced fire capabilities, intelligence collection systems and special units," the IDF announced on Tuesday.
The mobilization of advanced fire capabilities, which likely include precision-guided missiles and special forces, is a clear message to Hezbollah chief Hassan Nasrallah and to his Iranian sponsors that any new attempt by the organization to attack will be met with accurate, devastating Israeli firepower.

The Israeli readiness and message of deterrence come after the IDF earlier moved to try and de-escalate the situation. It appears more than likely that the military allowed the armed cell that crossed the Blue Line to retreat back into Lebanon, despite being able to strike it accurately, as a one-time offer to Hezbollah to climb down from the ladder of escalation. It remains far from clear whether Hezbollah will actually do so in light of the failure of its squad to fire on Israeli targets.
Israel was in the position to attempt to de-escalate because of the effectiveness of its border-surveillance capabilities. Advanced visual surveillance played a key role in thwarting Monday's attempted infiltration, and because the IDF saw the threat early, it had the possibility to weigh up its options and make do with warning fire.
"Our intelligence cameras spotted them as they moved close to the Blue Line. We monitored and tracked them, even though this is a vegetated area. Shortly after they crossed the Blue Line, we engaged and were able to thwart the attack," stated IDF international spokesperson Lt. Col. Jonathan Conricus soon after the incident.

Although the IDF has not officially said so, the fact that the Hezbollah squad was able to retreat was due to a decision by Israel--and not because of poor accuracy.
'Border Defense Array has tripled its numbers'
The ability to stop threats approaching the border early is largely the responsibility of the IDF Border Defense Array, which operates control rooms on the northern and southern borders, and security surveillance centers in the West Bank.
The control rooms feed regional commands with continuous data and provide real-time alerts to threats. Some of the borders are also equipped with advanced radars, which can detect suspicious movements and direct cameras to them automatically while alerting operators.
Hezbollah may well have been searching for weak spots along the border before attempting its next attack.
In 2018, Capt. Argaman Zechariah, head of the recruitment desk at the Border Defense Array, provided JNS with a picture of the Border Defense Array's operations.
She said "on a daily basis, we deal with defense. We do this not only when there is combat or war, but every day. ... Our personnel are stationed permanently in arenas, and they know best who the enemy is. When forces that maneuver into enemy territory arrive, they will consult with us first."

During routine times, the units of the Border Defense Array gather intelligence on various terror groups, including like Hamas and Hezbollah. In addition, on the northern and southern borders, the military tasks them with finding out information about specific targets that would become of interest in the event of a war, according to Zechariah.
"The Border Defense Array has tripled its numbers, and it will only grow," she said.
It is such capabilities that gave the IDF a head start in responding to the infiltration attempt by Hezbollah.
The extra forces Israel has sent to the Lebanese border in recent days should be seen as a message, stating that if the next attack does not end so well, Israel's response will be fierce.
Hezbollah, under massive domestic pressure in Lebanon due to a failed economy and growing political unrest, will have to think long and hard before deciding whether or not it wishes to prove its point and risk escalation again.
Originally posted at JNS.org - reposted by permission.