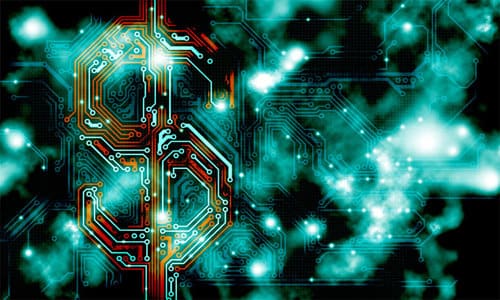 By Ron Paul/Ron Paul Institute July 30, 2020
Share this article:
If some Congress members get their way, the Federal Reserve may soon be able to track many of your purchases in real time and share that information with government agencies. This is just one of the problems with the proposed "digital dollar" or "FedCoin."
FedCoin was initially included in the first coronavirus spending bill. While the proposal was dropped from the final version of the bill, there is still great interest in FedCoin on Capitol Hill. Some progressives have embraced FedCoin as a way to provide Americans with a "universal basic income."

Both the Senate Banking Committee and the House Financial Services Committee held hearings on FedCoin in June. This is the first step toward making FedCoin a reality.
FedCoin would not be an actual coin. Instead, it would be a special account created and maintained for each American by the Federal Reserve. Each month, Fed employees could tap a few keys on a computer and -- bingo -- each American would have dollars added to his Federal Reserve account. This is the 21st century equivalent of throwing money from helicopters.
FedCoin was initially included in the first coronavirus spending bill. While the proposal was dropped from the final version of the bill, there is still great interest could affect private cryptocurrencies. Also, it would limit the ability of private citizens to protect themselves from the Federal Reserve-caused decline in the dollar's value.

FedCoin would not magically increase the number of available goods and services. What it would do is drive up prices. The damage this would do to middle- and lower-income Americans would dwarf any benefit they receive from their monthly "gift" from the Fed.
The rise in prices could lead to Congress regularly increasing FedCoin payments to Americans. These increases would cause prices to keep rising even more until we face hyperinflation and a dollar crisis. Of course, we are already on the path to an economic crisis thanks to the Fed. FedCoin will hasten and worsen the crisis.
FedCoin poses a great threat to privacy. The Federal Reserve could know when FedCoin is used, who is using it, and what they use it for. This information could be shared with government agencies, such as the FBI or IRS.
The government could use the ability to know how Americans are spending FedCoin to limit our ability to purchase goods and services disfavored by politicians and bureaucrats. Anyone who doubts this should recall the Obama administration's Operation Choke Point.

Operation Choke Point involved financial regulators "alerting" banks that dealing with certain businesses, such as gun stores, would put the banks at "reputational risk" and could subject them to greater regulation.
Is it so hard to believe that the ability to track purchases would be used in the future to "discourage" individuals from buying guns, fatty foods, or tobacco, or from being customers of corporations whose CEOs are not considered "woke" by the thought police?
FedCoin could also be used to "encourage" individuals to patronize "green" business, thus fulfilling Fed Chair Jerome Powell's goal of involving the Fed in the fight against climate change.
FedCoin could threaten private cryptocurrencies, increase inflation, and give government new powers over our financial transactions. FedCoin will also speed up destruction of the fiat money system.
Whatever gain FedCoin may bring to average Americans will come at terrible cost to liberty and prosperity.
Originally published at Ron Paul Institute - reposted with permission.