2020 Election Nightmare: Armies Of Lawyers Are Getting Ready For Battle 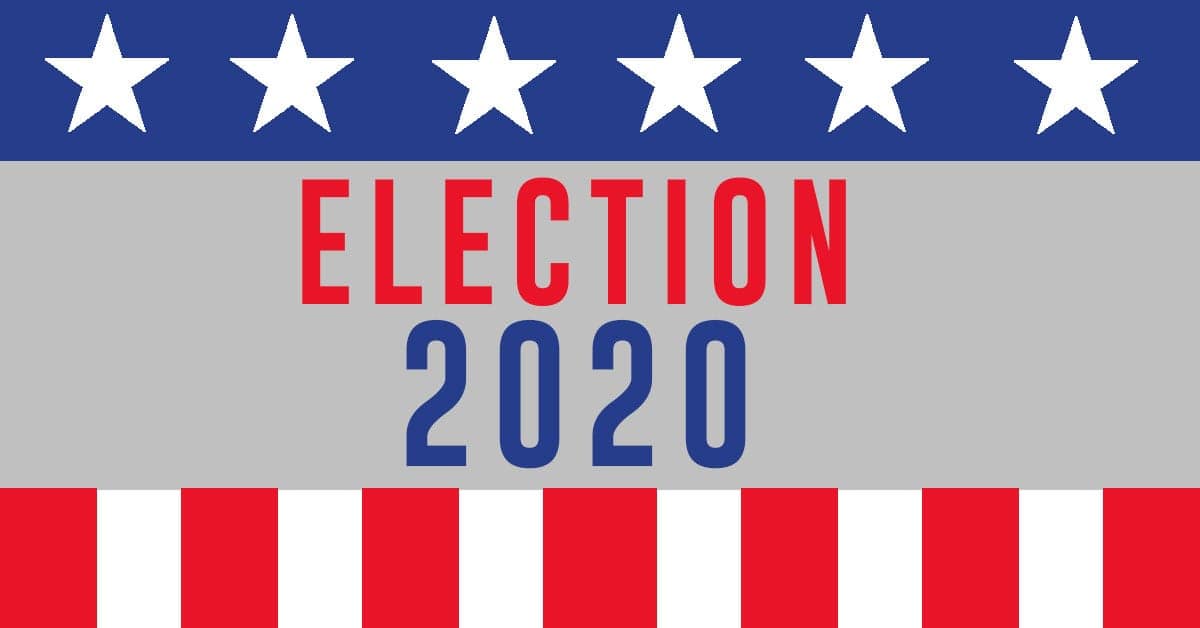 By Michael Snyder/End of the American Dream September 01, 2020
Share this article:
Armies of lawyers have already been recruited, reasons to question the legitimacy of the 2020 election results are already being floated, and top politicians on both sides are already urging a fight to the bitter end.
Initially, it appeared that we might avoid this sort of a scenario.  For several months Joe Biden had a large lead in all of the major national polls, and some people were even discussing the possibility of a "landslide".  But now the polls are tightening up, and this is especially true in the swing states which will ultimately decide the outcome of the election.
If the race is quite tight once we get to election night, it is likely that neither side will be willing to concede until every conceivable legal challenge is completely exhausted.  That could mean an extended legal battle lasting for months, and that is something that none of us should want to see.

But it appears that such an outcome could be quite likely.  In fact, former FEC chair Michael Toner is warning that the 2020 election could potentially be "Bush v. Gore on steroids"...
The November presidential election is poised to become the most litigated vote in recent U.S. history, according to a former federal election honcho.
"The 2020 election might be Bush v. Gore on steroids," said Michael Toner, a former chairman of the Federal Election Commission and former chief counsel at the Republican National Committee.
I don't like the sound of that at all.
When that election happened, I was actually going to law school down in Florida, and it was complete and utter madness.
In the end, Bush's legal team was superior to Gore's, and that may have made all the difference.
This time around, both sides have recruited "armies of volunteer lawyers" in the key battleground states...
President Trump and presumptive Democratic nominee Joseph R. Biden's campaigns have enlisted armies of volunteer lawyers in battleground states and swing districts to fight out close calls on Election Day. Both sides have already filed multiple lawsuits.
The Biden campaign has been particularly aggressive in rounding up lawyers.  At one point, Biden bragged that his campaign had already recruited 600 lawyers...
Joe Biden's campaign is assembling hundreds of lawyers nationwide to monitor potential voting issues as part of its extensive voter protection efforts heading into the general election.
Speaking at a virtual fundraiser Wednesday, the presumptive Democratic nominee said his team has organized 600 lawyers and others across the country to "try to figure out why the chicanery is likely to take place."
One of the fastest ways to ruin anything is to get lawyers involved.
I was once a lawyer, and so I know what I am talking about.

And I have a feeling that this election will end up in the hands of the lawyers after election night.  I do not believe that either side is going to be willing to concede if the results are remotely close, and earlier this week Hillary Clinton actually said that Joe Biden should not concede "under any circumstances"...
"Joe Biden should not concede under any circumstances because I think this is going to drag out, and eventually I do believe he will win if we don't give an inch and if we are as focused and relentless as the other side is," Clinton said in an excerpt posted Tuesday.
That certainly sounds quite ominous.
On multiple occasions, President Trump has also indicated that he may challenge the outcome of the election, and one of the biggest things that he is concerned about are mail-in ballots.  The following is what he told "Fox and Friends" not too long ago...
"Now with that being said, I have to tell you that if you go with this universal mail-in, where you send millions of votes-in California tens of millions of ballots being sent to everybody and their dogs, okay? Dogs are getting them, okay? People that have been dead for 25 years are getting them-you have to see what's happening. Then you're never going to have a fair election."
In this case, I think that Trump has a very legitimate point.
In some states, millions of mail-in ballots are being sent out to voters whether the voters request them or not.  That opens a door for all sorts of potential vote fraud, and this is something that alarms me greatly.
In this election, every single vote in the battleground states is going to matter, and the integrity of the voting process is of paramount importance.
At first, Joe Biden had built up impressive leads in many of the most important swing states, but now those leads are deteriorating.  Just check out the following numbers that pollster Frank Luntz just posted on Twitter...
Swing state polls on August 25th:
Pennsylvania
• 2016: Hillary +9.2
• 2020: Biden +5.7
Michigan
• 2016: Hillary +9.0
• 2020: Biden +6.7
Wisconsin
• 2016: Hillary +11.5
• 2020: Biden +6.5
Florida
• 2016: Hillary +2.9
• 2020: Biden +4.8
Those numbers should definitely set off alarm bells for Democrats.
And today Real Clear Politics has posted four new battleground polls that show how much the race is shifting.
One poll shows Biden up by only 3 points in Florida, another has him up by only 2 points in Arizona, a third has him up by only 1 point in North Carolina, and a fourth poll actually has Trump up by 1 point in Wisconsin.
Trump was definitely not supposed to win Wisconsin this time around, and so that should definitely be freaking Democrats out.

So why are the polls moving in Trump's direction?
Well, it appears that all of the violence that is going on around the country is backfiring on the Democrats in a major way.  Trump is perceived to be the "law and order candidate", and Biden is making a massive political mistake by not strongly speaking out against the riots that are happening on a nightly basis.
According to one recent survey, 59 percent of voters say that violent crime is a "very important" factor in deciding who to vote for...
The bedlam is now reflected in the polls, with Americans becoming increasingly concerned about law and order.
"A sizable 59 percent of voters in the survey indicate that violent crime, which President Trump has framed as happening in Democrat-controlled cities, is a 'very important' factor in casting their ballots," writes Rusty Weiss.
And Zogby Analytics has just released new numbers that seem to show that the chaos in our major cities is helping Trump significantly...
"As violent protests and violent crime continue to spike in cities like Chicago, Milwaukee New York City, and Portland, Trump's standing with urban voters in large cities (59% at least somewhat approved/38% at least somewhat disapproved), and small cities (51% at least somewhat approved/49% at least somewhat disapproved) continues to climb higher."
It truly is ironic what we are witnessing.  All of these protesters think that they are promoting the cause of "social justice", but their actions may be giving us four more years of Trump instead.
At this point, even CNN's Don Lemon is realizing that Joe Biden's inaction on these issues is moving the poll numbers...
"That's all you. This is where I come in. We'll get to that. But when you said it's too little too late, I don't know about that. I mean, we still have a lot of time left until election day. I do think that this --what you said was happening in Kenosha is a Rorschach test for the entire country. I think this is a blind spot for Democrats. I think Democrats are hoping this will go away, and it's not going to go away."
"I think maybe Joe Biden may be afraid to do it. I'm not sure. Maybe he won't, maybe he is. He's got to address it. He's got to come out and talk about it. He's got to do a speech like Barack Obama did about race. He's got to come out and tell people that he's going to deal with the issue of police reform in this country, and that's what's happening now is happening under Donald Trump's watch.
When he is the president, Kamala Harris is the vice president. Then they will take care of this problem. But guess what? The rioting has to stop. Chris, as you know, and I know it's showing up in the polling, it's showing up in focus groups. It is the only thing right now that is sticking."
If the election had been held a couple of months ago, Joe Biden probably would have won by a large margin, but now everything is changing.
At this point it appears that we could have a very tight election with legal challenges that could last for months afterwards.  If such a scenario plays out, that could definitely set the stage for the sort of civil unrest that I warn about in my new book.
Could you imagine the national temper tantrum that we would see if Trump has a very, very narrow lead after election night?
Of course the left will pull out every legal trick in the book in order to try to deny Trump a second term, and Trump has his own army of lawyers ready to fight back.
I have a feeling that things are going to get very, very ugly, and that is extremely unfortunate.
Originally published at End Of The American Dream - reposted with permission.