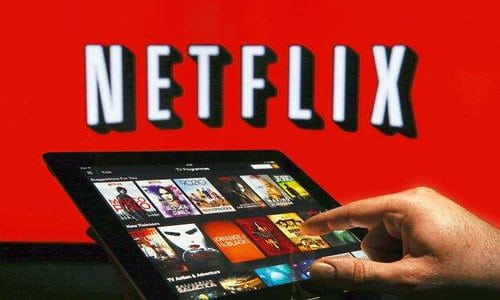 By Jonathon Van Maren/Bridgehead.ca September 11, 2020
Share this article:
Like many other conservative commentators, I've been writing about the ongoing sexualization of children--and childhood--for several years. There is the vile phenomenon of Drag Queen Storytime, which includes sexualized performances by pre-pubescent children at Pride events. There are the DQST events themselves, which have featured children lying on top of drag performers.
There have been documentaries glorifying so-called "drag kids," and highly-praised performances of twerking children for adults while the adults toss money at them as if attending a strip show. One suspects that some of them wish they were. Some of these kids have joined naked adults at these shows. Critics pointing out the obvious are condemned as anti-LGBTQ bigots.
It bears mentioning that even a prominent advocate of legalized pedophilia has trumpeted the "drag kids" phenomenon as a victory for his cause. The UK branch of Drag Queen Storytime tweeted--and then promptly deleted--the pedophile slogan "Love has no age."

We're watching the sexualization of children get mainstreamed before our eyes, and anyone who condemns it is loudly condemned as a prude. And that's not even to get into the repulsive sexual re-education taking place in schools, which systematically destroys innocence, introducing a wide range of sexual behavior to minors, encourages promiscuity and experimentation, and seeks to hide all of this from parents.
Which brings me to the Netflix film Cuties, which has finally provoked enough outrage that #CancelNetflix is now trending worldwide. I was planning to write a column on it, but Matt Walsh over at Daily Wire has done such an excellent job of exposing Netflix and its enablers in the entertainment industry that I have instead included his analysis here:
Several weeks ago, Netflix began promoting a new film from French director Maimouna Doucoure called "Cuties." The poster, featuring scantily clad children posing suggestively, caused well-deserved outrage. The Sundance Film Festival -- which honored the film with a directing award -- provided a synopsis that didn't do much to quell the anger.
According to Sundance, "Cuties" tells the story of an 11-year-old girl named Amy who, "through an ignited awareness of her burgeoning femininity, propels the group to enthusiastically embrace an increasingly sensual dance routine, sparking the girls' hope to twerk their way to stardom at a local dance contest."
It is perhaps worth mentioning that Sundance was co-founded by a man who is now in prison for child sexual abuse. The film's official description from Netflix was only slightly less grotesque-sounding: "Amy, 11, becomes fascinated with a twerking dance crew. Hoping to join them, she starts to explore her femininity, defying her family's traditions."
After the backlash, Netflix apologized -- not for the film itself, but simply for the "inappropriate artwork." The streaming service also changed the synopsis, getting rid of any mention of "twerking" and instead calling it a "free-spirited dance crew." Netflix did not bother to explain why they used that "inappropriate artwork" in their promotional materials in the first place.

If it doesn't actually reflect the content of the film, and if they are not trying to attract an audience of pedophiles who wish to see pubescent girls gyrate on camera, then what was the thought process behind the way it was originally marketed? We were never told.
The website Bustle said that the poster was simply "botched." Well, I can understand "botching" a poster with a typo or some other error due to carelessness, but how do you "botch" something by accidentally turning it into softcore child porn? Many other media outlets rushed to the defense of the twerking children's movie. An article by Anna Menta on The Decider scolded the film's detractors, baselessly linking the criticism to the QAnon conspiracy theory, and insisting that we detractors owe the director an apology.
Richard Brody at the New Yorker called the movie "extraordinary" and blasted the "scurrilous campaign" launched by "right-wingers." The Rolling Stone's David Fear gave "Cuties" a generally positive review, saying that the outrage is all the product of a "major misleading marketing mistake."
The Independent joined the chorus of defenders, declaring: "Cuties on Netflix is too moving a film to be marred by one bad-taste poster." Many outlets, such as NPR, claimed that the film actually criticizes and exposes the sexualization of children. Actress Tessa Thompson said that she was "gutted" by the "beautiful film" and that the "current discourse" misses the fact that the movie "comments on the hyper-sexualization of preadolescent girls."
Overall, the outrage certainly did not deter the media from hailing "Cuties" as an artistic triumph. As we speak, it sits at a 90 percent fresh rating on review aggregator Rotten Tomatoes, with critics saying things like "it's refreshingly frank about class, religion and burgeoning sexuality in ways mainstream American movies would never dare" and "Cuties certainly deserves to be seen."
And for a while, these valiant defenders in media and Hollywood had the advantage of being the only people to have actually seen it. The rest of us could but make assumptions based on the -- it would seem rather significant -- fact that it's a movie about 11-year-olds twerking which Netflix had decided to market with a picture of said 11-year-olds barely clothed and striking sexual poses.
But you can't judge a movie by its child porn cover, we were lectured. And then yesterday the film was finally released. It turns out, unsurprisingly, you can.
As fuller clips from the film now circulate online, it is clear that those of us who criticized the movie actually understated the case. It is, if anything, way worse than we assumed and feared.
One scene features the 11-year-old girls gyrating and slapping each other on the butt as the camera zooms in for close ups. Another shows Amy in her underwear furiously thrusting her body as she lays on the floor. Again, the camera provides close ups. In another, the girls dance provocatively for two grown men, one of whom looks on with obvious satisfaction. In still another, Amy pulls down her pants, takes a picture of her crotch, and posts it online.

The penultimate scene which was featured on the original poster before Netflix changed it, is significantly more disturbing than the already disturbing image let on. The scene drags on for several minutes, the dancing is highly sexualized, and the camera, as always, zooms in for crotch shots and other close ups.
This is not a "commentary" on child sexual exploitation -- it is child sexual exploitation, clear as day, in all its sadism.
With these horrific scenes now publicly available, it seems almost pointless to engage with the plainly absurd notion that the filmmakers had 11-year-old children writhe around and gyrate while barely clothed as some kind of protest against the sexualization of children. It would be like a slasher film, featuring several scenes of various screaming victims being disemboweled for our amusement, claiming in its defense that it only meant to comment on the problem of graphic violence in film.
Indeed, that actually is the defense often offered for slasher flicks, and it's as weak in that case as it is here. The guy who made "Texas Chainsaw Massacre" may have told himself that he had nobler intentions, but the fact remains that most people who watch "Texas Chainsaw Massacre" just want to see, well, a Texas chainsaw massacre.
No filmmaker wants to come out and admit that they have produced gratuitous garbage for a lowest common denominator audience. But many filmmakers do produce that sort of material for that sort of audience, whether they admit it or not. And "Cuties" belongs on that heap. Buried somewhere deep underneath it, hopefully, where it cannot be seen.
I wish that we could find a silver lining and tell ourselves that at least "Cuties" is an exception to the rule -- something out on the fringes, far away from the mainstream. But that would not be true. This film is part of a larger trend towards the increasing sexualization of children.
Contrary to Anna Menta and so many others in media, the normalization of pedophilia is not a right-wing fairy tale or a QAnon conspiracy theory. It is real and happening right now. And Netflix has made clear what side of the issue it falls on.
Originally published at The Bridgehead - reposted with permission.