The Inevitable Consequences Of False History 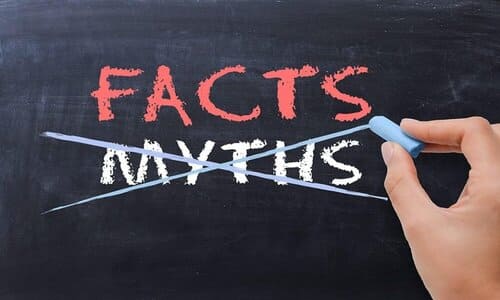 By Jonathan Tobin/JNS.org September 25, 2020
Share this article:
The results of a new survey of knowledge and awareness about the Holocaust in the United States were sobering. It turns out that despite a massive effort put into educating Americans about the mass murder of European Jewry by the German Nazis and their collaborators, a sizable percentage of millennials (defined as those aged 18 to 39) know little or nothing about it or actually believe anti-Semitic canards about this atrocity being the fault of the Jews.
Many Jews are understandably expressing dismay about those numbers and calling for greater efforts to be made to increase and improve Holocaust education. But it's likely that many of them are the same people who are dismissing President Donald Trump's concerns about the way the teaching of American history is being distorted or trashed by those peddling false narratives about the country being irredeemably racist.
Trump's concerns, stated in a Constitution Day speech given last week in which he vowed to create a commission to combat this trend, were widely dismissed as either electioneering or racist. Anything a president says while running for re-election can be regarded as political.

Yet his attempt to call attention to the importance of the ongoing fight over American history didn't seem to resonate among those who are the first to decry the implications of the lack of historical knowledge about the Holocaust.
The fact that 15 percent of millennials think that Jews caused the Holocaust, 41 percent agreed with the claim that people talk about it "too much," and 12 percent think that it was either a myth or exaggerated is shocking. It's all the more troubling since those polled grew up in an era when Holocaust education has proliferated and is mandatory in many states.
Indeed, the study, which was sponsored by the Conference on Jewish Material Claims Against Germany, showed that there was no correlation between living in states where Holocaust education is mandatory and having a firm grasp of the history.
The problem isn't just a function of requiring schools to teach about this crime, but that what is being taught isn't necessarily helping to correct the situation, let alone dealing with a rising tide of anti-Semitism. As scholar Ruth Wisse writes in National Affairs, instead of merely doubling down on curricula that may be hurting as much as they are helping, we need to rethink Holocaust-education programs that were flawed from the start.

Citing the work of the great historian Lucy Dawidowicz, Wisse astutely points out that programs that attempt to enlist the Holocaust in a generic liberal fight against hate misidentify the causes of the Shoah and "conceals rather than confronts anti-Jewish aggression."
The lesson here is not just the importance of teaching history, but the danger from the spread of poorly conceived or misleading efforts to teach about it. And that is exactly why Trump's call to arms to defend American history against radical revisionists should be supported regardless of what you think about him.
The real scandal about Trump's desire to found a "1776 Commission" to combat the growing influence of curricula based on The New York Times' fraudulent "1619 Project" isn't his alleged politicization of the subject. It's that so many otherwise responsible sources continue to treat the Pulitzer Prize-winning collection published by the Times as credible rather than a shameless exercise in propaganda.
Critiques of the "1619 Project" by even liberal anti-Trump historians have pointed out that its basic thesis about racism being the primary characteristic of all of American history is based in falsehoods and distortions. The notion that the purpose of the American Revolution was solely to defend slavery is as big a lie as is the collection's attempts to deny that the arc of the nation's history is a long march towards the expansion of freedom and its defense of liberty around the globe.
That was bad enough, though recently it came out that the Times has attempted to erase some of these fraudulent claims while still not acknowledging its egregious errors. This is all the more scandalous because the paper is peddling its mendacious account of history to school districts around the country, which are eagerly snapping it up so as to show their support for critical race theory and the Black Lives Matter movement.
For many people, Trump is such a flawed messenger that he discredits any cause he takes up. Still, that is no excuse for the widespread willingness to ignore or scoff at his effort to push back against the growing influence of the "1619 Project." It is, as its principal author Hannah Nikole-Jones has proudly boasted in a since-deleted tweet, the inspiration for the "mostly peaceful" BLM demonstrations that have nonetheless led to hundreds of violent riots and acts of intimidation and violence in hundreds of American cities.

Like the BLM movement, which is both an anodyne expression of opposition to racism, and also a Marxist and intersectional attack on liberal democracy, the falsification of history put forth by the "1619 Project" is a dangerous revisionist effort.
It undermines education not only about America's past, but about the liberal values of free speech that leftist "cancel culture" inextricably tied to the BLM movement is determined to extinguish. Instead of an effort to create an authoritarian "state history" curriculum, Trump's championing of a patriotic response is a necessary antidote to an illiberal trend being fostered by both BLM and the associated "anti-racism" training programs that are actually rooted in the same assumptions that promote racism.
Jews know all too well the cost of the ignorance of history and the promulgation of false historical narratives that undermine the liberal values essential to our security. That's why the Jewish community should support efforts to oppose the "1619 Project." The failure to do so is as much of a scandal as the lies being told by the revisionists.
Originally published at JNS.org - reposted with permission.