Why did Fall Guys Fell So Fast? 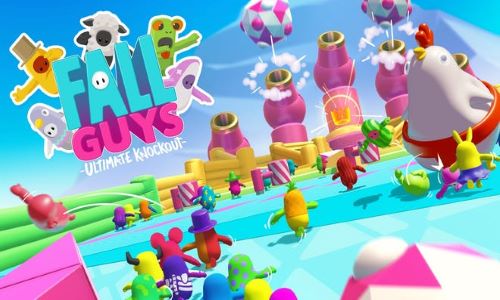 Fall Guys became a major hit right from the time of its release. It skyrocketed to claim the top spots for the most popular game in no time. Shortly after, many of the most prominent streamers and YouTubers started streaming their games with millions of viewers watching them play, which surely made a huge impact on the player-base as more and more players keep on joining this cute little obstacle course crossing game.

Soon enough, everyone knew about this game and as expected many game developers even created their own version of the game. But this popularity didn’t last long as players moved onto other games like Among Us, which was claiming the spot light at that time. But what caused Fall Guys to fall so fast?

According to what we have scoured through the internet, these are the few reasons why Fall Guys is becoming a thing of the past.

Fall Guys climbed the charts to become the most popular game as it brought everyone together in a fun way, kind of like a wipe out x battle Royale theme, where everyone could just socialize in a fun and challenging way to escape the impacts of pandemic.

But the more a player spent time in the game, it started to feel repetitive and needed some more fun maps for the players to explore and maybe some new content that the players haven’t seen before.

The main objective of Fall Guys besides having fun in beautiful and colorful world was to survive through a series of obstacle to get through the next round and achieve crowns to showoff your skills in the game. But shortly after the game gained traction, many cheaters were being spotted cheating there way through the obstacles and winning the rounds, which became quite frustrating for those playing hard to be the last one standing and it forced many players to quit the game.

Among Us Took Over!

There are quite a few reasons that combined up to cause the demise of Fall Guys from the replay-ability to server issues not being able to handle so many players. But another reason that indirectly affected Fall guys was the emergence of Among Us, which started to gain quite a lot of attention around the same time as Fall Guys and many popular streamers moved to play Among Us instead, which hugely impacted the player-base of Fall Guys.

It would be unfair however, to declare the game as “dead” because we have seen a huge comebacks in the past with games like Final Fantasy XIV and Destiny 2. So, there is always hope for Fall Guys and before we sum this up, you should check out these incredible deals on all your favorite games.