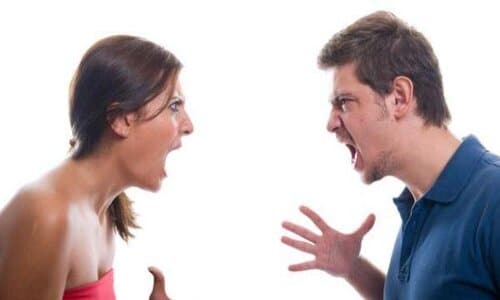 By Jonathon Van Maren/Bridgehead.ca November 06, 2020
Share this article:
I was the first member of my family to be born in the United States, and it gave me a complex. My aunts referred to me as "the little Yankee," and it wasn't long before I was obsessed with American politics, American history, and the wonderful, turbulent, and terrible march towards a better union.
George W. Bush was my first political hero, and it seemed extraordinary for someone in Canada (I got dual citizenship around age 5) that the leader of the free world would be so unashamedly Christian.
But across the West, the citizens of other nations stare at America with confusion. Why does every American election seem existential, like yet another "most important election of our lifetimes"? Why has polarization ravaged hopes of unity in the United States more than almost anywhere else? In short, why is America so different?

The answer is simple and unpopular. It is because there is still a battle going on for the soul of America.
In the United States, there are still tens of millions of praying Christians desperately clinging to hope that America, with her Christian founding and high ideals and faith-wracked history, can be saved from the progressives that threaten to irreversibly transform her.
Throughout the rest of the quietly dying West, a state of post-Christianity has been an indisputable fact for two generations. While it may be coming to America, too, there are still millions who will not give up yet. And wars are not lost until one side surrenders.
That is why everything feels so existential--because again, it is a battle for America's soul.
Everywhere else in the West, one only hears the "melancholy, long withdrawing roar" of the Sea of Faith referred to by Matthew Arnold in his magnificent 1851 poem Dover Beach. Who would say, for example, that there is a battle going on for the soul of Canada, or the Netherlands, or England?
In Canada, socially conservative parliamentarians attempt to blunt the damage of euthanasia legislation and the LGBT agenda, but few even dare to say what they truly believe into microphones (they're accorded the beliefs they dare not articulate in the press, anyhow.)
In the Netherlands, tiny Christian parties do the same. The once-great Calvinist republic and father of religious tolerance now cannot even handle the news that Dutch pastors signed the Nashville Statement without political shockwaves.

In the United Kingdom, that cradle of so much Christian culture, it was a Tory prime minister who redefined marriage, the Iron Lady Margaret Thatcher who backed abortion rights, and the populist Boris Johnson who is pitching a so-called "conversion therapy ban." When it comes to the indoctrination of children by the LGBT movement, it is often Muslim immigrants kicking up the greatest fuss.
One of the reasons that so many Europeans and Canadians are often so bewildered and--let's face it, turned off--by the patriotic rhetoric of American Christians is because they simply do not understand it. The militancy of American Christianity is genuinely foreign to other Westerners--their Christian heritage was lost long before they were born.
I remember visiting the Netherlands in 2004, and my Dutch cousin (a Christian) noting his bewilderment at the gay "marriage" debate raging in the United States. "These things are normal here," he told me, and so they were.
This confusion often leads to snobbery towards the United States and American Christians, not only among lay folks but especially in the Christian press in Europe. This snobbery is often simply surrender dressed up as elitism or a pretence of holding the moral high ground--they now live in a post-Christian Europe and have long lost many of the cultural battles, but they sneer at those who still fight for the way they fight. (Long-standing anti-Americanism also plays a role.)
This attitude frustrates many of my European friends in the pro-life and family movement who see things more clearly to no end, as many European Christians openly preferred Hillary Clinton to Donald Trump. I debated one European relative of mine on this, and he simply couldn't understand the weight that abortion and religious freedom holds for Americans. Clinton, because she is courteous, seemed much more acceptable than Trump.
The fact is that the thrust and parry of America's decades-long culture wars makes many Christians believe that there might not only be a chance for victory, but also that America's Christian founding is fundamentally worth fighting for. This hope--as mad and unrealistic as it might seem to many--fuels millions.

This is strange to those non-Americans who have long given up the idea that their nations could ever return to their respective heritages, and many look at America with a vague and undeserved arrogance about brash populist carnival barkers and a preference for polite, feticidal socialist politicians who dress up their decadence in polite manners.
While America was the epicentre of the Sexual Revolution, it also produced a turbulent backlash on a scale that occurred almost nowhere else. The American pro-life movement is one of the most powerful in the world (with the exceptions of some movements in South and Latin America, and the Irish movement prior to 2018.)
Titans of traditional values such as Phyllis Schlafly, the brilliant mother who marshalled millions of housewives and defeated the Equal Rights Amendment, are certainly not a uniquely American phenomenon, but social conservatives have achieved more success in America than almost anywhere else.
I do not want to be misunderstood here--I am in no way insinuating that the Sexual Revolution provoked no backlash in other nations. I've been privileged to work with pro-life activists from around the world, and wherever the Culture of Death has reared its bloody head, faithful men and women have banded together to push back and save lives.
The story of those unsung heroes across the West, those who stood for their faith and their heritage and the cruelly discarded pre-born children who paid the ultimate price for our perverse new values, deserves to be told more fully one day (I have attempted to make my own small contributions in this regard, most recently in my book Patriots: The Untold Story of Ireland's Pro-Life Movement.) But in America, there are still millions who believe that the culture war itself can be won--and that is what makes America so different.
I'm not going to opine here on whether that belief is well-founded or wildly optimistic. Wild optimism has always been an American trait, and if it infuses people with the will to fight, then it is a good thing. The American Experiment may yet be destroyed by the Sexual Revolution, but there are yet millions of praying patriots who have been bare-knuckle brawling as if their nation depends on it--because they know that it does.
Bystanders across the West may not fully understand why American elections seem to tear the country apart, or why so many Christians are voting for a man that so many view with revulsion. But the truth is that Americans know what happens when the sexual revolutionaries achieve not only dominance, but victory--because they have seen it happen in other nations.
They know what they are fighting for, and the stakes are the United States of America.
Originally published at The Bridgehead - reposted with permission.