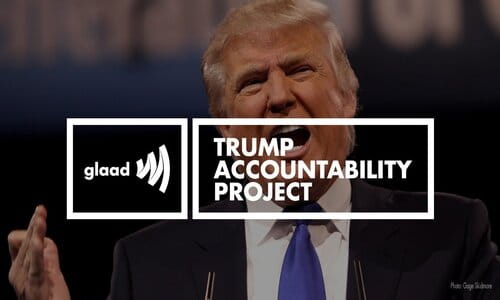 By Michael Brown/AskDrBrown.org November 11, 2020
Share this article:
I want to assure you that the title to this article is not click bait. Rather, it reflects the very open sentiments of many on the extreme left, including political commentator Keith Olbermann. He has made himself perfectly clear.
Before I share his exact words, though, I want to be perfectly clear as well. My answer to the question of whether Christian conservatives will soon be prosecuted by the millions and removed from American society is an emphatic (but qualified) no.
It is an emphatic "no" because there is no way that tens of millions of Christian conservatives would simply stand by and let this happen. Not a chance.
It is a qualified "no" because, in part, it has happened already. Christian conservatives have been prosecuted for their Christian beliefs. We have been imprisoned for our beliefs, right here in America in the 21st century.

More broadly, we have been marginalized and muted by the cancel culture and the spirit of intimidation. And the more we cower and capitulate, the worse it will get. Now is the time to stand up and speak out. And while Olbermann's sentiments may be extreme, they are not isolated.
The Trump Accountability Project, endorsed by AOC, is reportedly attempting to create a detailed database of anyone who has supported President Trump during his 4 years in office and hold them "accountable" after the election.
Washington Post columnist, Jennifer Rubin, sent a threatening Tweet saying:
"Any R now promoting rejection of an election or calling to not to follow the will of voters or making baseless allegations of fraud should never serve in office, join a corporate board, find a faculty position or be accepted into 'polite' society. We have a list".
In a Tweet from earlier in the day, AOC said:
"Is anyone archiving these Trump sycophants for when they try to downplay or deny their complicity in the future? I foresee decent probability of many deleted Tweets, writings, photos in the future".
Many supporters of President Trump have responded to AOC's Tweet. "Put my name at the top, Mëin Führer! Lists have been used in other great nations...like USSR, Communist Cuba, and Communist China. When will you begin to round up the #Jews? I'll pack my things", tweeted Andrew Pollack of Florida.
And Mollie Hemingway of the Federalist responded with:
"I'd say rounding up 70 million Americans for political punishment is a bit ambitious, but it is kind of on brand for a socialist I guess..."

According to the website, www.trumpaccountability.net, they make a case for never forgetting those who supported a Trump agenda. The site says:
"We should welcome in our fellow Americans with whom we differ politically. But those who took a paycheck from the Trump Administration should not profit from their efforts to tear our democracy apart.
The world should never forget those who, when faced with a decision, chose to put their money, their time, and their reputations behind separating children from their families, encouraging racism and anti-Semitism, and negligently causing the unnecessary loss of life and economic devastation from our country's failed response to the COVID-19 pandemic".
I have documented for years how Christian conservatives have been likened to Hitler, to the Nazis, to the KKK, to ISIS, and that was long before Donald Trump appeared on the political scene.
I have supplied verbatim quotes of protesters wishing that we would be thrown or the lions or killed in other ways.
And, again, this had been totally unrelated to hostility towards President Trump. The hatred was in response to our conservative, biblical ideology, most particularly, when it came to LGBTQ activism.
And no matter how loving or gracious or compassionate we were, we were still branded haters, people who were a danger to society. People who should be removed.
As for Olbermann, whose words reach far more people than that Facebook post, said this on October 9: "The task is twofold. The terrorist Trump must be defeated, must be destroyed, must be devoured at the ballot box. And then he, and his enablers, and his supporters, and his collaborators, and the Mike Lees and the William Barrs and the Sean Hannnitys and the Mike Pences and the Rudy Gulianis and the Kyle Rittenhouses and the Amy Coney Barretts must be prosecuted and convicted and removed from our society while we try to rebuild it and rebuild the world that Trump has nearly destroyed by turning it over to a virus. Remember it." (He also referred to Trump supporters as "maggots" and "morons" in his rant.)
Of course, this is beyond unhinged, and I pity Olbermann more than anything. He is certainly zealous. And I'm sure there are good things he stands for. But this is completely beyond the pale, totally irresponsible, and very dangerous.
Thankfully, this was not delivered on network TV but rather on Olbermann's new YouTube channel (which now has 123K subscribers). And while the clip has 8.6K thumbs up, it also has 7.3K thumbs down.

But without question, his words reflect the seething hostility that exists toward Christian conservatives in many quarters in America today. We dare not underestimate it.
And even though this clip is more than one month old, I bring it up today because of the attitudes already surfacing in the apparent electoral defeat of Trump. No need to hold back any longer!
Yet this is not simply because many of us voted for Trump. As I noted, the hostility was there long before he came on the scene, and it will be there long after he is gone.
It is an ideological hatred more than a political hatred, a hatred based on deep moral differences, a hatred that can easily turn violent, as it often has through the centuries and in recent months.
That's why it's fair to ask: on what charges will people like us be prosecuted and convicted? (Let's be more specific: on what charges should Amy Coney Barrett be prosecuted and convicted?)
And, how, exactly, will people like us be "removed" from society? Prison? Concentration camps? Something worse?
Again, I haven't the slightest fear of something like this happening in the immediate future here in America. The country would have to fall to depths beyond our imagination for that to happen so quickly. But every step in that direction is a dangerous step, and every step should be resisted.
But let's not deceive ourselves. Trump is not the ultimate issue. It's our beliefs. Our faith. Our values. Our Bible. Our God.
It's about to get really ugly here in our land. Resolve to stand strong. Resolve to speak the truth. Resolve not to be moved by fear. Resolve not to live for the praises of people. Resolve not to be marginalized.
And determine not to respond to hatred with hatred. Let's show the Keith Olbermanns of the world who we really are. Let's overcome evil with good.
Originally published at AskDrBrown.org - reposted with permission.