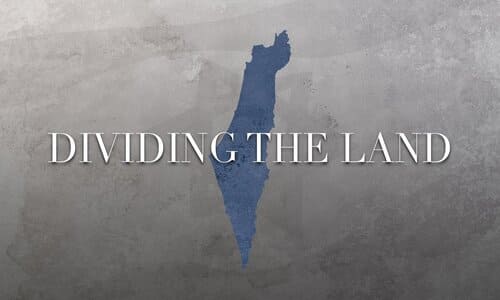 By Michael Snyder/End of the American Dream November 13, 2020
Share this article:
For the past four years, the Palestinians have been deeply frustrated with the White House.  The U.S. embassy in Israel was moved to Jerusalem, the Palestinian mission in Washington D.C. was shut down, and financial aid to the Palestinians was reduced.  Last January, President Trump introduced his plan for a two-state solution, but it was immediately rejected by the Palestinians.
Everyone knows that the Palestinians absolutely hate Trump and they were never going to agree to any deal that involved him.  So that meant that as long as Trump was in the White House, it was extremely unlikely that we would see a Palestinian state.
But now, it appears that everything could change.  When Joe Biden was declared the winner of the presidential election by the U.S. media, Palestinians greatly rejoiced.  They are absolutely thrilled that Trump could soon be gone, and they are desperately hoping that U.S. foreign policy under a Biden administration will look very much like it did during the eight years of the Obama administration.

Of course Barack Obama was a tireless promoter of a two-state solution based on the 1967 lines, and many in the Middle East are anticipating that there could be a major push to finally make that a reality during a Biden presidency.  The following comes from a Jerusalem Post article entitled "A Biden presidency resurrects '67 lines, Palestinian state - analysis"...
US President-elect Joe Biden's presidency will erase many of the gains the Israeli Right made over the last four years with regard to Israeli sovereignty over Area C of the West Bank - and reintroduces the concept of a two-state solution to the Israeli Palestinian conflict at the pre-1967 lines.
The Trump administration had also been pushing a two-state solution, but the map that Trump administration officials were envisioning was vastly different from the one that the Palestinians have been envisioning.
And even if they were close to being on the same page, Palestinian officials were simply not in the mood to do any deal with Trump because of a lot of the other moves that he decided to make...
He cut off US aid to the Palestinian Authority in the occupied West Bank, formally recognised Jerusalem as the capital of Israel, and moved the US embassy there from Tel Aviv. Trump refused to condemn settlement building and expansion as illegal - in defiance of international law. He also withdrew funding to the UN refugee agency, which millions of Palestinians depend on for education, food and livelihoods.
Trump also brokered "normalisation" deals with three Arab countries who recognised Israel without so much as demanding Palestinian gains in return, leaving the Palestinian leadership increasingly isolated.
But with Trump out of the way, the Palestinians will be very excited to get back to the negotiating table, and that is because Joe Biden and the Democrats seem quite eager to give the Palestinians what they want.

The 2020 Democratic Party Platform states that the creation of a "viable" Palestinian state is the official position of the Democratic Party...
The 2020 Democratic Party Platform, which calls for the creation of a "viable" Palestinian state, in which Palestinians "should be free to govern themselves," and explicitly opposes "unilateral action" from either side, is one place to start. Democratic strategist Joel Rubin, who served as Jewish Outreach Director for the Bernie Sanders 2020 presidential campaign, wrote in Israel's Haaretz newspaper that it was "the most realistic and most progressive of its kind."
And Joe Biden has repeatedly stated that he wants to see a two-state solution based on the 1967 lines...
In an interview with The New York Times in February, he affirmed his support for a two-state solution based on the pre-1967 lines, but explained that he supported the Israeli retention of the long time settlements, not defining what he meant.
For the Israeli Right, the setback is enormous, given that this summer Israel seemed to be on the verge of annexation - and now it seems as if that possibility is all but buried.
Perhaps even more importantly, Kamala Harris is a big proponent of a Palestinian state.  As I discussed yesterday, it is quite clear that Biden will not be able to serve in the White House very long and that it will just be a matter of time before Harris is elevated to the presidency.
During an interview just a couple of weeks ago, Harris made it quite clear how she feels about a Palestinian state...
"Joe and I believe in the worth and value of every Palestinian and every Israeli and we will work to ensure that Palestinians and Israelis enjoy equal measures of freedom, security, prosperity and democracy," Harris said. "We are committed to a two-state solution, and we will oppose any unilateral steps that undermine that goal.

We will also oppose annexation and settlement expansion. And we will take immediate steps to restore economic and humanitarian assistance to the Palestinian people, address the ongoing humanitarian crisis in Gaza, reopen the U.S. consulate in East Jerusalem and work to reopen the PLO mission in Washington."
If Trump's legal challenges fail and Joe Biden and Kamala Harris are inaugurated next January, I believe that it is very, very likely that we will see the establishment of a Palestinian state at some point within the next four years.
If that happens, a major red line will have been crossed and there will be no going back.
Once you understand the consequences for dividing the land of Israel, you will never look at foreign policy the same way again.
Unfortunately, most Americans do not have much interest in foreign policy these days.
In fact, foreign policy considerations were not really a factor at all when voters went to the polls on November 4th.
But the truth is that the outcome of this election is really going to matter in the Middle East.
If Trump's legal challenges are successful and he ends up winning, there probably will not be a Palestinian state during the next four years.
But if Joe Biden and Kamala Harris win, I believe that a Palestinian state will almost certainly be created within the next four years.
The stakes are incredibly high, and it won't be too long before we know which way things will go.
Originally published at End Of The American Dream - reposted with permission.