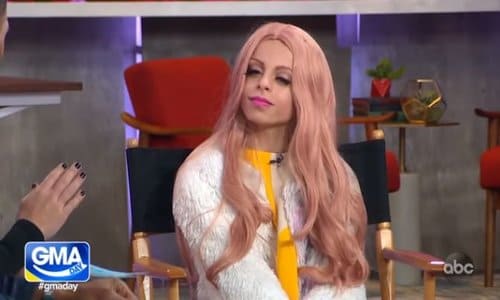 By Jonathon Van Maren/Bridgehead.ca November 25, 2020
Share this article:
Back in 2018, I covered the emergence of bizarre new pastoral guidance released by the Anglican House of Bishops in the United Kingdom laying out a new ecclesiastical service called the "Affirmation of Baptismal Faith."
In that service, clergy members lay hands on transgender people, address them by their "new name," and often use water and oil (although the bishops note that this is not, strictly speaking, a baptism.)
"For a trans person to be addressed liturgically by the minister for the first time by their chosen name may be a powerful moment in the service," the guidance reads. The service enables people to "renew the commitments made in baptism and in a public setting and provides space for those who have undergone a major transition to Jesus Christ."

In short, this service constitutes formal approval of transgenderism and gender ideology, with a religious ceremony to give it a whiff of ecclesiastical solidity. But at least this blasphemous "service," which cannibalizes various rituals in an attempt to appear sane, was cobbled together for adults.
As it turns out, "transgender baptisms" are catching on. Earlier this week, Matt Walsh of the Daily Wire posted a clip from the HBO documentary Transhood depicting a child being inducted into transgenderism via a religious ceremony conducted by a woman.
The church, apparently, is the unitarian universalist church (which sounds like something someone invented to make fun of them), and the parishioners--or whatever they're called--are called on to "proclaim their identify publicly as lesbian, gray, bisexual, transgender, queer, or questioning, intersex, pansexual, asexual, or any category I've left out."
Matt Walsh describes the scene that follows thusly:
A mother then pulls her young son (four years old, it turns out) onto the stage to announce that he's really a girl. But the poor child appears to have no interest in being paraded around like his mother's show pony. He hands the microphone back. "I don't want to do it," he protests. The mother takes it upon herself to come out on her son's behalf, informing the audience that her boy, Phoenix, "would like you to know that she's a girl and she prefers she and her pronouns."

Completing the apparently familiar ritual, the pastor hands the child a pink flower as the congregation repeats its creepy affirmation in unison: "May you be well, safe, and whole. We honor you exactly as you are." Of course, that's the exact opposite of what they are really doing.
The entire documentary, it turns out, showcases "trans kids" being led on the journey to transition by often all-too-enthusiastic parents. These children are embarking on a journey of first social and then medical transition that will transform not only their childhood and their teen years, which will become a miserable haze of hormone blockers, cross-dressing, and a confusing combination of breasts, beards, and stunted genitals, but their entire lives.
Abigail Shrier described the long-term impact on children in her essential book Irreversible Damage: The Transgender Craze Seducing Our Daughters. Target sparked a massive outcry among critics last week when the big box retailer initially announced it the pulling the book after one Twitter user deemed the book "transphobic" before reversing its decision amid backlash.
Adam Ford's response to the video was one of outrage: "What is that boy, 8? 9? Do you for one second believe that he "decided to be a girl" on his own? Literally a zero percent chance. His mother, who is clearly the head of his family, brainwashed him into believing he is a girl. She pulled him up on stage after coaching him on exactly what he was expected to say.

When he couldn't do it, she did it for him. Now why would she do all of that? Only one reason: For herself. She gets all the woke points. She gets to proclaim how progressive she is, to have raised a trans child. She gets to redeem those sweet, sweet intersectionality and oppression points on behalf of her family. She pimps out her own child and reaps the rewards."
That is precisely it. Those who question this vile new religion--replete with genital mutilation, a staple of a particularly fundamentalist branch of Islam--are accused of wanting trans kids to kill themselves or of being "transphobic."
The West's religious quislings, presiding over a ridiculous collection of post-Christian woke-cults, work overtime to quell the doubts that inevitably arise by attempting to give all of this a whiff of the sacred. And, as is so often the case, the children suffer the consequences.
I wonder if these false "shepherds" have ever read Luke 17:2: "It were better for him that a millstone were hanged about his neck, and he cast into the sea, than that he should offend one of these little ones."
Originally published at The Bridgehead - reposted with permission.