Speaking Out Against Sexual Immorality Will Get You Fired 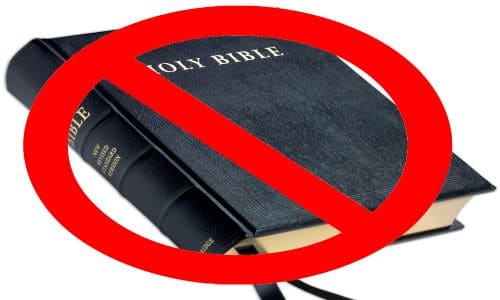 By PNW Staff November 30, 2020
Share this article:
It's not unusual for Christians to defend a Biblical ethic of sexuality including the sinfulness of homosexuality, the importance of marriage between a man and a woman only or that sex should be reserved for marriage only.  However many are finding that the public voicing of those opinions could result in them being fired from their jobs.
One case that is currently working it's way through the courts in the United Kingdom is the case of 26-year-old Christian actress, Seyi Omooba.  Omooba lost her job in a theatre production of "The Color Purple" last year over a 2014 Facebook post in which she wrote that she did "not believe homosexuality is right" and people were "not born gay".

The Christian legal center is defending Omooba and said "this story sends a chilling message to Christians, not only in the theatre profession but across our society, that if you express and hold mainstream biblical views, you will be punished and will lose your career if you do not renounce your beliefs".
A Tribunal will hear her case in February of 2021 to determine if this was an act of religious discrimination.
A former US Air Force chaplain who believes the only reason for his dismissal from the military was his sermon on Biblical sexual ethics says believers need to fight back, including in the courts.
Curt Cizek says he had never been punished for preaching until a sermon he preached to recruits in 2013 at Lackland Air Force Base. It included scriptures about sexual immorality.
Ironically Cizek tried to point out the hypocrisy of being critical of homosexuality when there are heterosexuals committing sexual immorality too.
"The message was about sin that we don't think is that bad," Cizek said. "If you're having sex with somebody that you're not married to, then you need to stop. I said, 'you know, sometimes the Christian church has gotten the reputation for being prejudiced because we look at one sin, homosexuality, and then we turn a blind eye and don't say anything about heterosexual sin, and that's hypocritical.'"

That still wasn't enough for a lesbian trainee who issued a complaint about the sermon resulting in a domino affect for Cizek who even with almost 30 years of service, nearly 20 of them active duty, now can't retire from the Air Force with benefits. Cizek says it's a net loss of more than a million dollars in pension and health benefits.
"This is a time for conservative Christians to be heard letting their legislators, letting the White House, letting the Air Force, letting the Secretary of Defense know how they feel," Cizek said. "The real intolerance is preventing people from speaking the truth. That's the real intolerance and bigotry that exists in our nation today."
Now that it appears change is coming to the White House, Cizek isn't sure a Biden administration will be as sympathetic to his cause. That's why he believes that time is of the essence for Christians to speak out.
Other notable recent cases involve the Kroger grocery store in Conway, Arkansas firing two employees who refused to wear a rainbow-colored heart emblem on their work apron.  Likewise a Christian woman in New Jersey who has been a barista for five years with Starbucks was fired after refusing to wear a pro-LGBTQ t-shirt.

In Poland, the world's largest furniture retailer, IKEA fired a worker who refused participate in a pro-LGBT event and posted Bible verses about homosexuality on social media account.
Felix Ngole was dismissed as a student from Sheffield University in the UK for posting comments on social media critical of homosexuality demonstrating that students who speak out are also at risk of losing their career even before it starts.
The sports world has many well known Christians but in Australia Rugby star Israel Folau was fired after posting Biblical verses considered offensive to homosexuals on social media and refusing to take them down.  He subsequently had his multi-million dollar contract with Ruby Australia terminated.
These are just some of the cases from around the world in recent years and with a Biden presidency promising to be the most LGBTQ+ affirming in history, more will follow.