Scary: A Closer Look At Foreign Funding Sources For Our Colleges & Universities 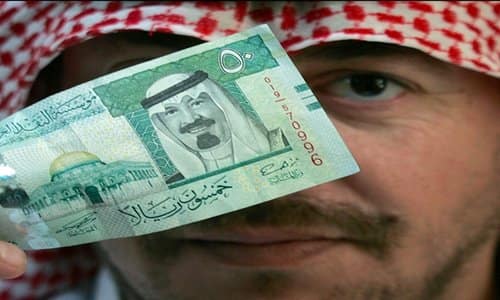 By Daniel Greenfield/JNS.org December 03, 2020
Share this article:
Open question: Is there any enemy nation or power, from Communist China to Qatar, that isn't buying up academia?
It's one thing when wealthy enemy nations like China and Qatar do it, but the whole thing reaches a new level of obscene absurdity when it's a terrorist entity that we fund with our tax dollars that's doing it.
It's not often that I'm surprised, but Mitchell Bard's research in The Spectator turned up something I didn't even imagine existed:
"A new study that I compiled for the American-Israeli Cooperative Enterprise found that U.S. institutions received more than $10 billion in foreign gifts from Arab sources from 1981 to October 2020.

While it is not surprising the wealthy Gulf countries were responsible for the lion's share, it was startling to see the non-existent 'State of Palestine' made nine gifts worth $4.5 million in the last four years. While the amount may sound relatively trivial, the impact can be exponential."
The PLO and its defenders keep claiming that they're struggling with a state of miserable poverty. Meanwhile, they're funding chairs at American universities.
Bard goes on to write that "The 'State of Palestine' also made gifts in 2017, 2018, and 2019 to Harvard of $275,000, $775,000, and $525,000, respectively."
According to the article, "The university did not report the purpose and Harvard would not provide an explanation when asked.
Because it fell below the $250,000 threshold required for reporting foreign gifts to the DoE, Harvard did not have to disclose a 2011 gift of $150,000 from the Palestinian Monetary Authority to establish an annual graduate public service fellowship to support a student from the 'occupied Palestinian territories' for three years."

Why is the PLO putting more of its money on the table? Part of the answer may be that the Gulf Arabs may be less prone to representing its agendas they pivot to resisting Iran.
It might also want more control over the anti-Israel movement on campuses.
U.S. campuses have a sizable pro-PFLP presence and pro-Hamas presence via Students for Justice in Palestine and the Muslim Students Association. And while some of these movements had their roots in GUPS or the General Union of Palestinian Students, the PLO's direct control is very limited. And this is its bid to influence campuses more directly.
Forcing colleges to address their foreign funding sources was another important Trump administration initiative. And the more we learn about the money that colleges are getting from China and Qatar, and now Islamic terrorists, the worse their treason becomes.
Just how bad is this crisis.  The Clarion Project has releasesd a short documentary called COVERT CASH: What US universities don't want you to know about their foreign funding.  Watch Below: