Iran's Mullahs Want the Nuclear Deal, So Does Biden 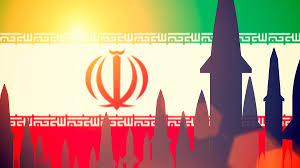 By Majid Rafizadeh/Gatestone Institute December 07, 2020
Share this article:
Iran's ruling mullahs, who are celebrating presumptive President-Elect Joe Biden's possible presidency in 2021, are already calling on him to rejoin the 2015 nuclear deal, which, incidentally, Iran never signed.
Iranian President Hassan Rouhani -- already urging the next US administration, which he hopes is the Biden administration -- also pointed out, according to the state-run IRNA agency:
"Now, an opportunity has come up for the next U.S. administration to compensate for past mistakes and return to the path of complying with international agreements through respect of international norms."
Iranian Foreign Minister Mohammed Javad Zarif also advised Biden on Twitter to abandon President Trump's Iran policy of maximum pressure and rejoin the nuclear deal.

The Trump administration, after pulling out of the nuclear deal, imposed significant pressure politically and economically on the Iranian regime and re-imposed sanctions on the mullahs.
Iran's leaders are excited about the prospect of resurrecting the nuclear deal for several reasons. First, the return to the nuclear deal means that the current sanctions against Tehran will be lifted and the regime will join the global financial system.
Through the nuclear deal, the Iranian regime will again buy itself a blank check to advance its aggressive and fundamentalist policies across the Middle East as it did after the nuclear deal was reached in 2015.
The 2015 nuclear deal allowed the flow of billions of dollars into the Iranian regime's treasury, thereby providing the revenues for the Islamic Revolutionary Guard Corps (IRGC) that they needed to escalate their military adventurism in the region.
That project included financing, arming and supporting their terror and militia groups in Lebanon, Iraq, Syria, Yemen, and the Gaza Strip, as well as in South America. After the nuclear agreement, Iran's meddling, interventions in the region and funding of militia groups escalated. Iran also increased its deliveries of weapons to its militias, as the number of ballistic missiles deployed by Iran's proxies rose to an unprecedented level.

Now, however, due to the current administration's policies, a cash-stripped Iran is at least unable fund its mercenaries and proxies, including Hamas and Hezbollah.
Second, Iran's mullahs love the nuclear deal because of its fundamental flaws, especially the sunset clauses that remove restrictions on Iran's nuclear program after the deal expires soon. The nuclear deal, rather than preventing Iran from acquiring nuclear weapons, as it was falsely touted to do, in fact paves the way for Tehran to become a legitimized nuclear state.
Under the nuclear deal, Iran's military sites, such as Parchin, which is reportedly where nuclear development and research is conducted, is out of the reach of International Atomic Energy Agency's inspectors. In addition, the nuclear deal that Iran cherishes has no reference to Iran's ballistic missile program, a core pillar of its foreign policy and, as the delivery system for nuclear weapons, closely linked to the nuclear program.
Third, with the nuclear deal, the regime would gain global legitimacy, making it even more difficult to hold Iran's leaders accountable for any malign behavior or terror activity across the world.
Finally, Iran's ruling clerics want immediately to rejoin the nuclear deal because it would again alienate other governments in the Middle East and inevitably lead to a worsening of relations between the US and its traditional allies, especially Israel, Saudi Arabia and the Gulf states.

The 2015 nuclear deal needlessly excluded Israel and Gulf states from negotiations with Iran, despite those countries living on Iran's doorstep and feeling the consequences of Iranian proxy action more acutely than any of the Western JCPOA nations.
This flawed deal, in favor of Iran, failed to recognize the rightful concerns of other countries in the region about Iran's potential nuclear capability, missile proliferation or funding of violent proxies -- both within and next door to their territories.
The Iranian leaders are not alone in desiring to resurrect the nuclear deal: Biden has said that that rejoining the JCPOA is a top priority. After all, the deal was reached when Biden was the Vice President in the Obama administration. Additionally, in an opinion piece for CNN, Biden wrote:
"I will offer Tehran a credible path back to diplomacy. If Iran returns to strict compliance with the nuclear deal, the United States would rejoin the agreement as a starting point for follow-on negotiations. With our allies, we will work to strengthen and extend the nuclear deal's provisions, while also addressing other issues of concern."
Both the ayatollahs and Biden, it appears, want to resurrect the dangerous nuclear deal. It would not only empower Iran's predatory proclivities and terrorist groups, but also provide a glide path for Iran to obtain its long yearned-for nuclear bomb.
Originally published at Gatestone Institute - reposted with permission.