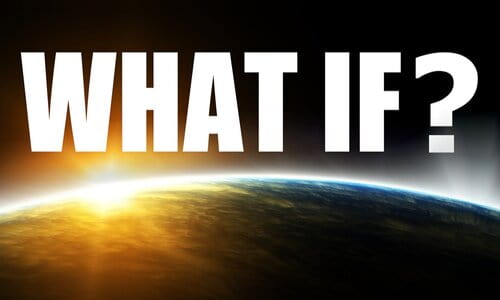 By Deborah Homeister December 26, 2020
Share this article:
Year end reviews are common. But what kind of review is in order for such an uncommon year, as 2020?
An uncommon review.
If you are at all Biblically familiar, you have heard the popular phrase: 'last day's'. And while many may argue that we are indeed in that period of human HIStory, few would suggest that we are in the last of the last days known as The Great Tribulation, which is characterized in part, by a global leader with world-wide dominance, who demands full submission from the peoples of the earth.
The intent of this review will be to examine what may potentially be a precursor, a global set up if you will, for those dreaded final years. Therefore, this will be a review of 2020 which will focus on a series of very provocative 'what if' questions, designed to encourage us to think Biblically, critically, yet outside the box.
It will not be the purpose of this article to attempt to answer any of these questions. Rather, to suggest that we each examine the Word of GOD and look about us with a Biblically discerning eye, inquiring of the LORD to accurately connect the dots between what He has said and what our eyes see. In other words, to 'Watch and Pray', to be 'sober minded' in order that we be able to discern the will of the LORD and to not be caught unaware by the schemes of the Enemy. And so ...

What if -
• This period we are in is being used by Holy, Righteous GOD, as a judgement against all of the innocent blood that has been poured out over the whole earth, by allowing the 'enemy to come in like a flood' to set the stage for the final period of human HIStory known as The Great Tribulation/Time of Jacob's Trouble?
• The use of a global threat of a killer virus - has all been deliberately planned:
(1) To collapse the US economy by the unprecedented, prolonged closing of businesses?
(2) To force as many Americans as possible to become dependent upon the government for their: food, housing, medical care & transportation - so that the truth of the scripture which says "The borrower is slave to the lender" will reach its full application and the vast majority of Americans will have no choice but to come crawling to the almighty provider: The Government?
(3) To erase the lives of the most vulnerable among us, those who cannot contribute to society but are merely a drain on the resources of Government - the elderly, those with multiple 'co-morbidities', the disabled and the poor, allowing the young and healthy to be relatively unaffected?
• There is a speedy ('miraculous') development of a vaccine just in the nick of time to 'save' the human race from a virus with a 99% survival rate?
• This vaccination is accompanied by bold calls for the forced vaccination of the entire population?
• The refusal to be vaccinated would result in the inability to hold a job, freely travel, receive an education, attend public gatherings or receive other medical treatment?
• Your extended family and friends forbid personal contact, unless you've been vaccinated?
• Your church family requires proof of vaccination?

What would you do?
Perhaps it would be wise to consider such potential realities - before - we have the pressure of being faced with such decisions?
Furthermore, knowing that it is always in the heart of our loving Father, to bless and not curse, that He desires for His bride to 'return to her first love' to refine His own like pure gold and that He delights in taking what the enemy has intended for evil and using it for the good of those who are the called according to His purposes might it be possible, even likely that our Sovereign GOD is accomplishing two dramatically opposite things at the same time?
We need only reflect on the way in which He used the enormously trying experiences of Joseph's surrendered life, to refine and prepare him for the calling placed on his life as a young boy. And what of the shepherd boy called to be King?
With a surrendered heart, God was able to prepare David for the Throne. The Word of GOD is replete with examples of how adversity and even judgement could be used to accomplish profound transformation and blessing in both individuals and nations - at the same time - for those willing to surrender to Him.
So, what if -
• 2020 is not the storm, but the calm before the storm?
• This year long 'time-out' which may have been orchestrated by the Enemy of man's soul, is also being used by the Most High GOD, the lover of mankind, as a Divine gift?
• He allowed this gift of time, to remove all that has distracted us?
• He has allowed this gift of a quiet time, in order to remove all of the 'noise', that humanity might ask some really important questions about the purpose of life and what really happens after death?
• He is using what was intended by worldly forces for evil - to invite humanity to seek Him, the source of life and hope?
• He is calling His own to put away 'the sin that so easily entangles' that we might know Him on a deeper level, in order to strengthen us to 'run and not grow weary' in the real fight that lies just ahead?

What if - you knew that the 'night' is nearly over and 'day' is almost here, would it spur you on to get serious with the LORD, would it give you courage to keep on keeping on?
What if - you knew you only had a short time left to reach someone dear to you, with the love of Christ and the hope of forgiveness and newness of life?
What if - you have become spiritually sleepy, and continued to hit the snooze button when your Heavenly Father has sounded the alarm to you again and again: 'Wake up, oh sleeper! Arise!'
What if - you have grown spiritually lazy and fat and you only had now to get into spiritual shape for the fight before you, remembering that 'the weapons of our warfare are not carnal' and that 'we do not fight against flesh and blood, but spiritual force of wickedness...'?
What if - 2020 is your last warning from your loving Heavenly Father to return to your first love?
And what if - the Lord of Glory would want to use you, to be a light in this ever-darkening world, to allow others to draw near to the source of your peace and hope, Jehovah Shalom?
It is my sincere prayer as we approach this year end, reflecting upon the uniqueness of 2020, that we will do so with an air of solemnity, of deep contemplation before the LORD, because He is absolutely speaking. May we each have 'ears to hear what the Spirit is speaking...' and hearts that surrender, willingly.