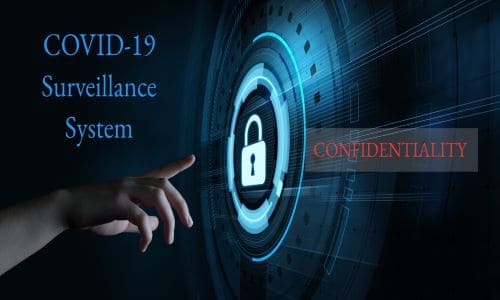 By Jesse Smith/Activist Post January 20, 2021
Share this article:
No matter the origin or true lethality of SARS-CoV-2, the coronavirus pandemic has been utilized to implement broader agendas that have been planned well in advance. One of the motivations for declaring a global pandemic was to make possible the widespread usage of new technology such as facial recognition, digital IDs and payment systems, mRNA vaccines and vaccine certificates. This is openly stated in books such as COVID-19: The Great Reset and The Fourth Industrial Revolution.
The engineers of the "plandemic" recognized that new technology is often resisted by the masses, but could be adopted quickly due to a public health crisis. What better way to coerce people into using technology that has long been planned to enslave humanity than by holding them hostage to a "deadly" virus causing people to fear for their lives?
From the outset of the COVID-19 crisis, humanity was told the world could not return to normal without global vaccination against the coronavirus. We were even told that some things would never return to normal. In fact, the people and organizations behind exercises such as Crimson Contagion and Event 201 secretly planned to reshape the world in their technocratic image using the guise of the pandemic to implement their schemes.
For decades Hollywood, a major partner in advancing globalist agendas, has been conditioning people to accept all-pervasive surveillance through films such as Enemy of the State, Eagle Eye, and Minority Report. The societies depicted in those dystopian films is now a reality. Welcome to Dystopia Now!

On January 14 the Vaccination Credential Initiative (VCI), a broad coalition of health and technology corporations, was announced. The VCI combines the efforts of companies such as Microsoft, Oracle, and Mayo Clinic for the purpose of standardizing digital access to vaccination records. The VCI also garners support from the World Economic Forum (i.e., Klaus Schwab and his Great Reset) through The Commons Project Foundation and its Common Pass project.
Common Pass is a "globally-interoperable platform for people to document their COVID-19 status (health declarations/PCR tests/vaccinations) to satisfy country entry requirements, while protecting their health data privacy." In other words, it's a digital tracking system designed to keep people from traveling unless current with vaccines and other future health requirements.
Common Pass requires a smartphone and works on Apple (through the Apple Health app) and Android (through the CommonHealth app) devices. Authorities will be able to scan a QR code embedded in the app that will verify whether an individual is cleared for travel. It is expected to launch in the first half of 2022.
How the Common Pass system works
In the new world being erected right before our eyes, the Global Syndicate does not want the average citizen to have the right to travel freely without being closely monitored for compliance with new societal rules. They claim reducing travel will help the environment and solve the problem of climate change, but this is just a ruse to destroy individual freedom and rights. In reality, they want humanity locked into a surveillance grid that can track every movement and eventually, every thought!
Employers will eventually make it difficult to work without proof of vaccination. Additionally, stores, concert and sports venues, restaurants, museums, and parks may also soon require a tool like Common Pass to shop for necessities and access entertainment and leisure. But it doesn't stop here.
Facial Recognition, Thermal Cameras, and Biometric Wearables
Surveillance including the use of facial recognition technology was increasingly used by governments worldwide under the guise of fighting the spread of COVID-19. As early as last April, Amazon began using thermal cameras to scan workers for fever and other symptoms of coronavirus. Companies such as Thermal Guardian and Flir have been supplying thermal cameras to airports, healthcare centers, businesses, casinos and even grocery stores throughout the plandemic.

Contact tracing plans largely failed because people were uncooperative, and the technology was not well developed. Companies such as TraceSafe and Estimote have created the next wave of contact tracing tools in the form of biometric wearable devices. Wearables from Flywallet and Digital DNA will hold your vaccine certificates. For now, these new surveillance devices are meant to be worn outside the body, but the ultimate goal is for widespread adoption of bodily implants as documented in my Internet of Bodies article.
Though there have been some rumblings about the privacy violations these technologies could create, it hasn't stopped their development or implementation by governments and companies worldwide. This does not bode well for the future as the digital transformation of society races on.
Digital IDs Will Place All Humans on the Surveillance Grid
Globalists have a funny way of posing as saviors while secretly planning humanity's total subjugation. A global technocracy cannot be imposed without robust surveillance systems, widespread deployment of artificial intelligence, and the digitization of everything.
The push for digital identification is increasing at a pace faster than Usain Bolt's 100-meter dash:
...the plan is to roll out a full-fledged digital ID (ID2020) which would contain driver's licenses, passports, work badges, building access cards, debit and credit cards, transit passes, and more.
Under the guise of aiding the marginalized and protecting their civil liberties, despotic technocrats will be able to use digital IDs to control access to government, finance, health, travel, and any service where an ID would be required for access or benefits.
The road to the ID2020 initiative leads to the Bill & Melinda Gates and Rockefeller Foundations. You may recall that both were co-sponsors of Event 201, the pandemic planning exercise that became reality just a few months later. Isn't it an amazing coincidence that these two foundations are the driving forces behind global pandemic planning, vaccination, and the creation and enforcement of digital IDs?
Digital Payment Systems, Global Digital Currencies, and the Cashless Society
The next domino to fall, coinciding with a planned and coordinated global economic reset, will be universal adoption of digital payments and the outlawing of cash.
The plandemic has served to rapidly change the way people think about money, especially cash. Last March, the World Health Organization vilified cash as a coronavirus spreader, and its use was restricted around the world. Coin shortages also soon followed, resulting in a dramatic shift toward digital payments. Talks and moves to implement digital currencies ramped up, all according to schedule.
Prior to the plandemic, cash usage was still prominent in the U.S., but was already on the decline in China and many Asian countries. The COVID-19 crisis provided the perfect cover to accelerate adoption of digital payments throughout Western nations.