Five Ways To Prepare For The Days Ahead 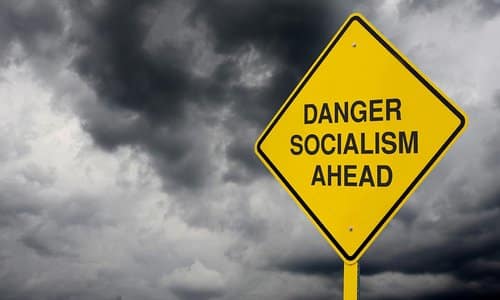 By Tony Perkins/Family Research Council January 21, 2021
Share this article:
Wasting away in a Turkish prison wasn't how Andrew Brunson would have chosen to spend two years of his life -- but after watching turmoil of the last two weeks unfold, he's more convinced than ever: God was preparing him for this moment. Persecution is coming, he believes. And there's no greater burden on his heart than to make sure Americans are ready for it.
Looking back, Pastor Brunson never imagined his life's mission would be advocating for religious freedom. "I thought I'd be in Turkey the rest of my life doing church planting," he admitted on "Washington Watch." God had other plans.
When Andrew was wrongfully charged and sentenced to life behind bars, he's pretty candid: it broke him. Nothing, he said, equipped him for the kind of persecution he experienced. "I had counted the cost for some pressure, but certainly not for prison."

Like most pastors, he'd studied the great leaders of the faith -- but none of them really talked about how they coped with the suffering. Over time, Andrew says, the despair broke him. "And every time I broke, I had to get up again and learn perseverance at a deeper level."
But there was a purpose to the pain. "God allowed me to be broken like that so that I could be an encouragement to other people who are going to face persecution." People, he warns, like Americans.
"I've really had something burning on my heart, especially in the last few weeks," he shared. The waves of hostility are coming, and he believes God has sent him to give the church in America a message. "There's a real sea change taking place in our country and this generation...
The hostility toward followers of Jesus Christ is going to rise," he warned. "The pressure is coming, and it's coming very quickly now." Thinking back over the horrible images of the last two weeks, Andrew said he feels a sense of urgency. "Pastors, especially, and influencers and parents need to prepare."
"I believe a great sorting is coming to the church, and there will be a lot of division." There will be a temptation to compromise, Andrew senses. And it's already happening. "One thing I want to underline from my experience is that those who persecute are going to justify it by saying that we're hate groups, that we have a message of hate."
That's going to be tough to take. "People are going to say that Christians are a threat to safety. 'You can't work here. Your views make people unsafe. You can't use social media. You can't use your bank account, your credit cards,' things like that. And churches, 'You can't keep your designation as a tax-exempt nonprofit...'" Compromise will be the easy way out.

Jesus tried to steel his followers against that impulse by reminding them that He was hated. He said, "Look, they hated me, they rejected my message. So they're going to hate you and reject your message. The servant is not greater than the master." He was preparing them. "That's why it's so heavy on my heart," Andrew insisted. "I feel like we're not ready. And it's going to shock people." So what can we do? What practical steps, as believers, can we take?
1. Talk about persecution
For starters, Andrew says, be aware that people have suffered -- and are suffering -- persecution in many countries. Americans have been spared from that fate because, despite the sins of our country, generations were still faithful to God. That's changed. "So let's talk about persecution, be aware of it, and begin to prepare for it by equipping your children and people in your church."
2. Pursue Intimacy with God
Cultivating a love for God doesn't necessarily come naturally, Andrew says. We have to grow it. "This is the number one thing that fueled my perseverance." Back in 2007, Andrew remembers, he began to pray that God would draw him closer to His heart -- never realizing how badly he would need it. "This is what prepared me for the difficult assignment that I had... God knew I was going to break. He knew that I would go right up to the point of failure -- but because I had spent years running after His heart and drawing close to Him, He also knew that even in my most difficult time, that I would turn to Him. It's this intimacy that fuels perseverance."
3. Develop the Right Perspective: Fear of God, Not Man
"Jesus said very clearly: 'Don't fear those who kill the body but cannot kill the soul; rather fear Him who can destroy both soul and body and health.' That wasn't empty rhetoric," Andrew insists. "He was saying this to his disciples, and most of them were killed for their faithfulness to Jesus. So he was setting it up very clearly. We have a choice. We have to have the right perspective and determine that we are willing to pay a price -- because there may well be a price."

4. Determine ahead of Time to Follow Jesus
"If we make the decisions now, then we're more likely to have an anchor to hold on to when the winds come, when the storm comes. Whereas if we don't make those decisions now, then when we are under pressure, we may not have the strength to make them.
So you have to decide ahead of time: Am I willing to pay a price and began to cultivate the heavenly perspective in order to be faithful?" Or, Andrew wonders, "Are we going to fear the Twitter mob? Are we going to fear the consequences of obeying God and persecution? Or are we going to fear more the consequence of not obeying God, which is standing before Him someday?"
5. Stand on the Word
"We need to make the decision that we won't compromise the word of God, even if it costs us," Andrew urges. Of course, to do that, we have to know what the word of God says. That means we've got to be in the word of God. One of the things lacking most in the Christian community today is biblical literacy.
We know the word. We can read it -- but we don't understand it, because we're not in it. We've got to be in it daily. It's daily bread. We wouldn't eat just one day a week, so we shouldn't just study God's word one day a week. We should be in it constantly.
Originally published at Family Research Council - reposted with permission.